There are three different types of alphabets used in Europe: Latin, Cyrillic, and Greek. They all look somewhat similar and share several letters (which may be pronounced somewhat differently), namely the following ones:

The reason for this similarity is quite simple: both the Latin alphabet and the Cyrillic alphabet developed from the Greek alphabet (which in turn is a modified form of the Phoenician alphabet, which ultimately derives from Egyptian hieroglyphs). 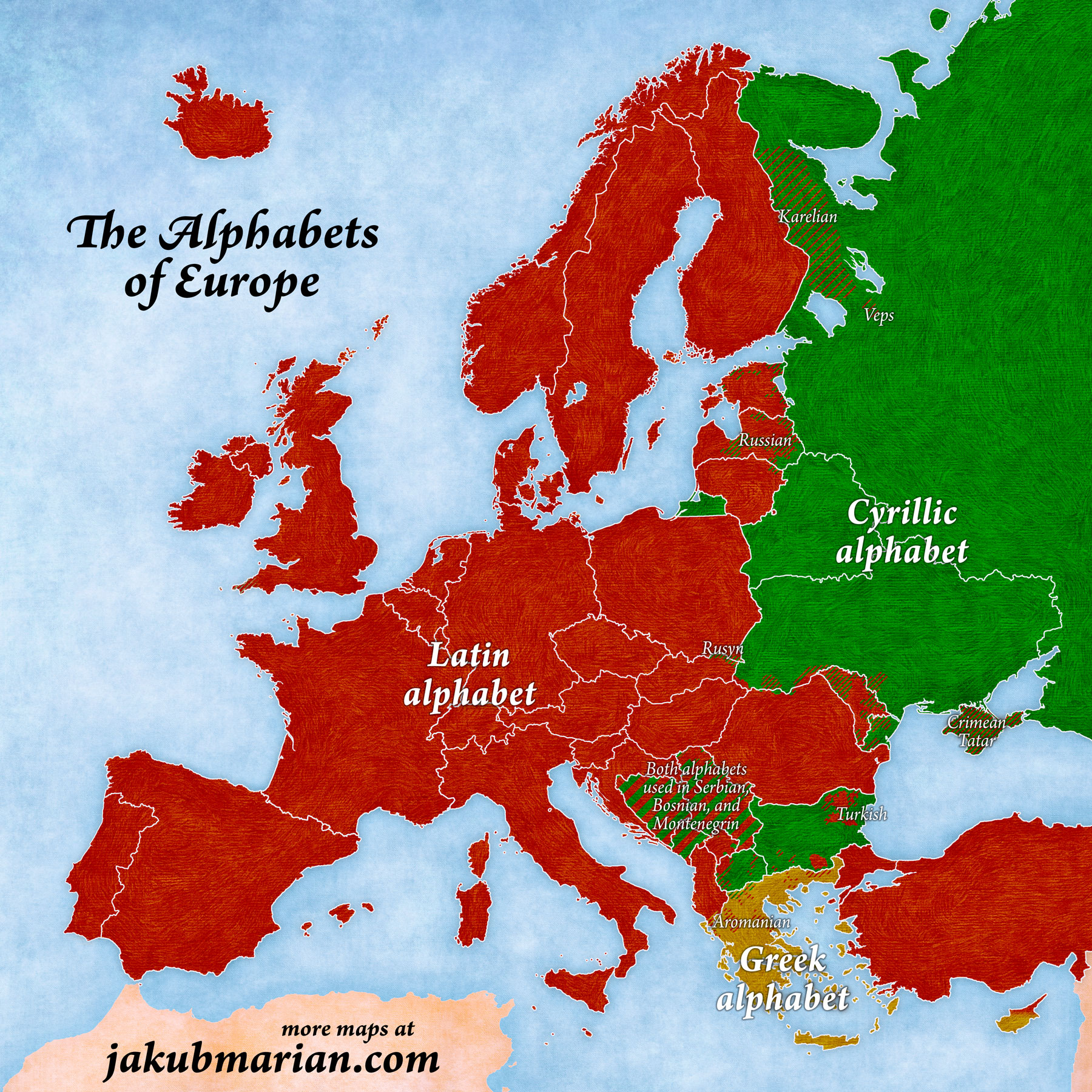