Names shown on a red background on the map below are all derived from the Latin name of the month, augustus: 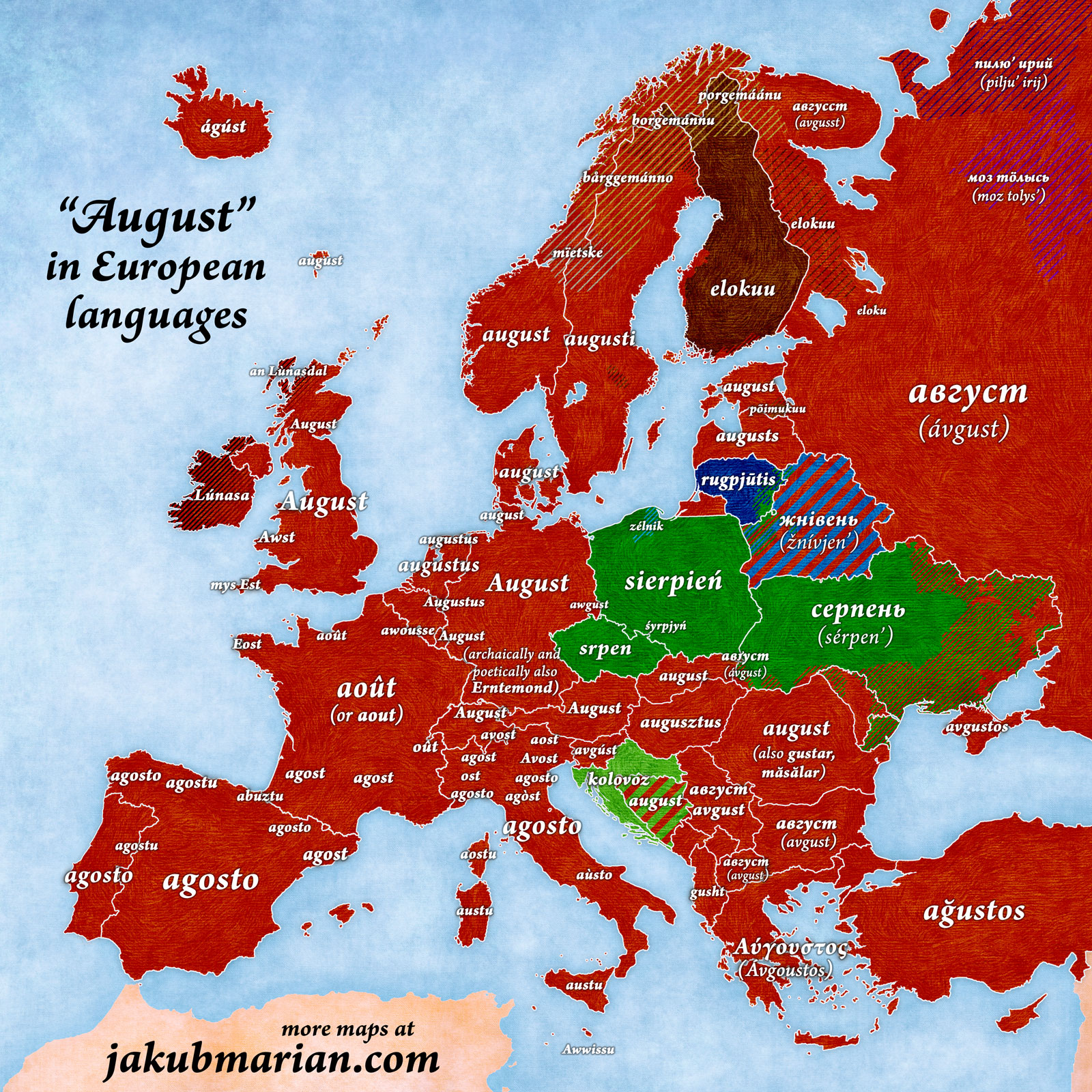 Other etymologies are as follows: Polish sierpień, Ukrainian sérpen’, Czech srpen, and Silesian śyrpjyń are derived from a Slavic word for a sickle, referring to harvesting. Belarusian žnívjen’ is derived from žnívo, meaning “harvest” (noun).

Irish Lúnasa and Scottish Gaelic Lùnasdal are named after Lugh, an important god in Irish mythology. Their similarity to the word “lune” is purely coincidental.