The ABO blood group system is the most important blood type classification system for humans. Simply put, the labels O, A, B, and AB indicate whether the antigens A and B are present on the red blood cells of a person (O stands for “no antigens”, while AB means that both are present).

This is important when blood is transferred from one person to another. The immune system of the recipient may react (often fatally) to the presence of antigens that are not supposed to be present in the blood; in particular, O-type blood is compatible with all other blood types (since no antigens are present), whereas AB-type blood is only compatible with AB (since both antigens are present).

The map is based on an article on Wikipedia, which compiles data from many different sources. The data must be, therefore, taken with a big pinch of salt. They come from different years (which are often impossible to establish), and some of them may be outdated. The map should be understood as a tool allowing us to notice general trends, as small differences are unlikely to be statistically significant. 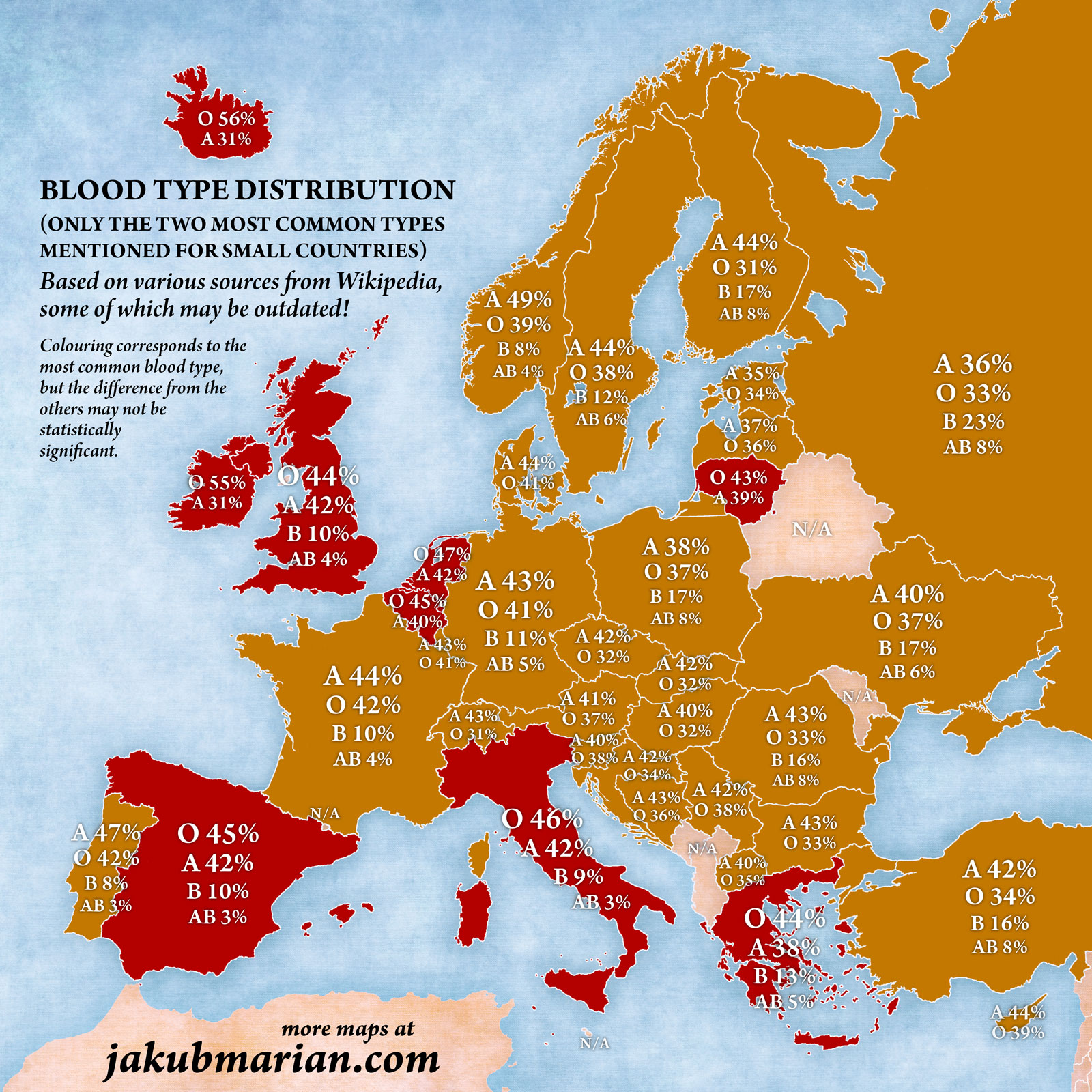 To see how exactly the types are distributed, take a look at the following maps. Blood type O is clearly more prevalent in Western Europe than in Eastern Europe: 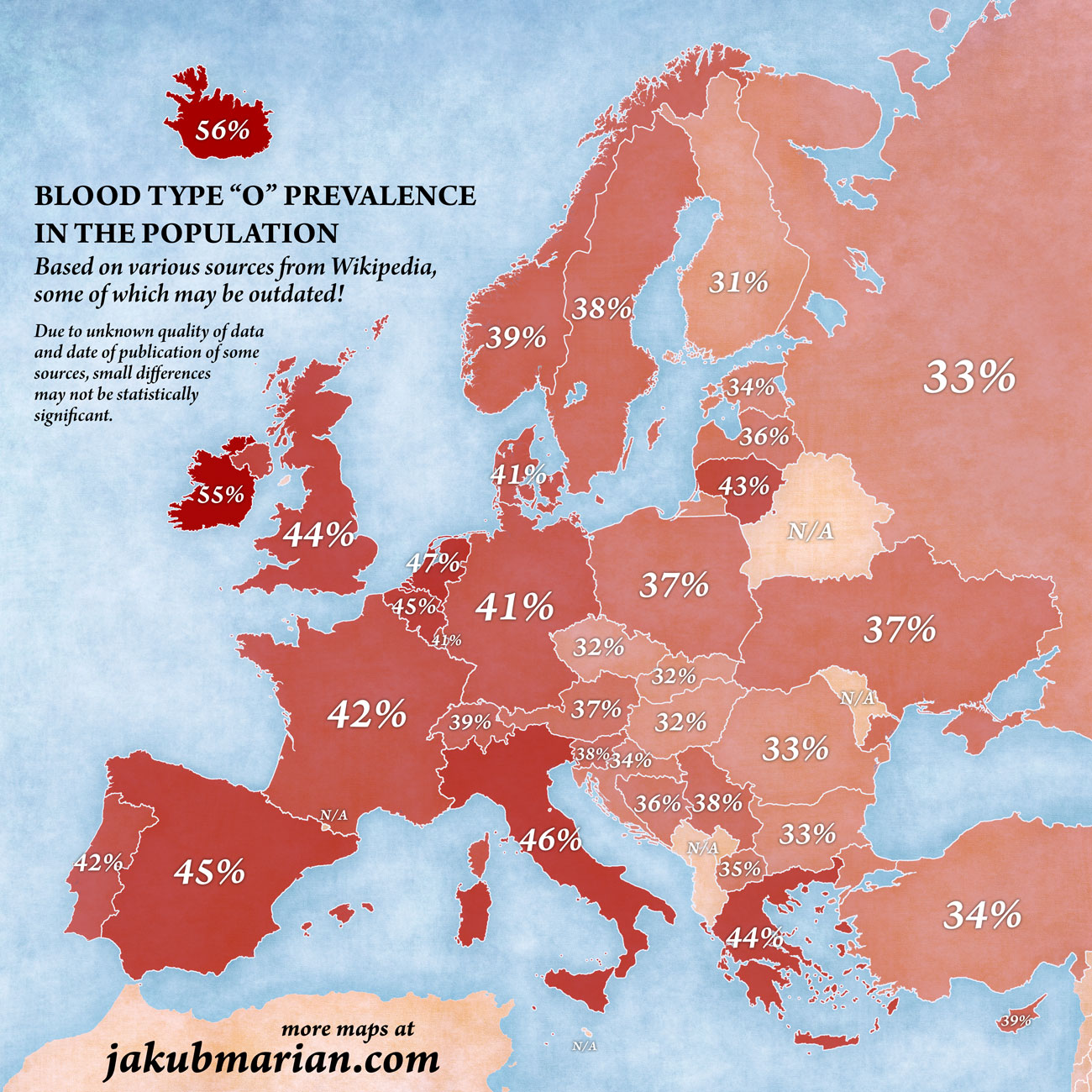 Prevalence of type A, on the other hand, is fairly constant, except a significant drop in Ireland and Iceland: 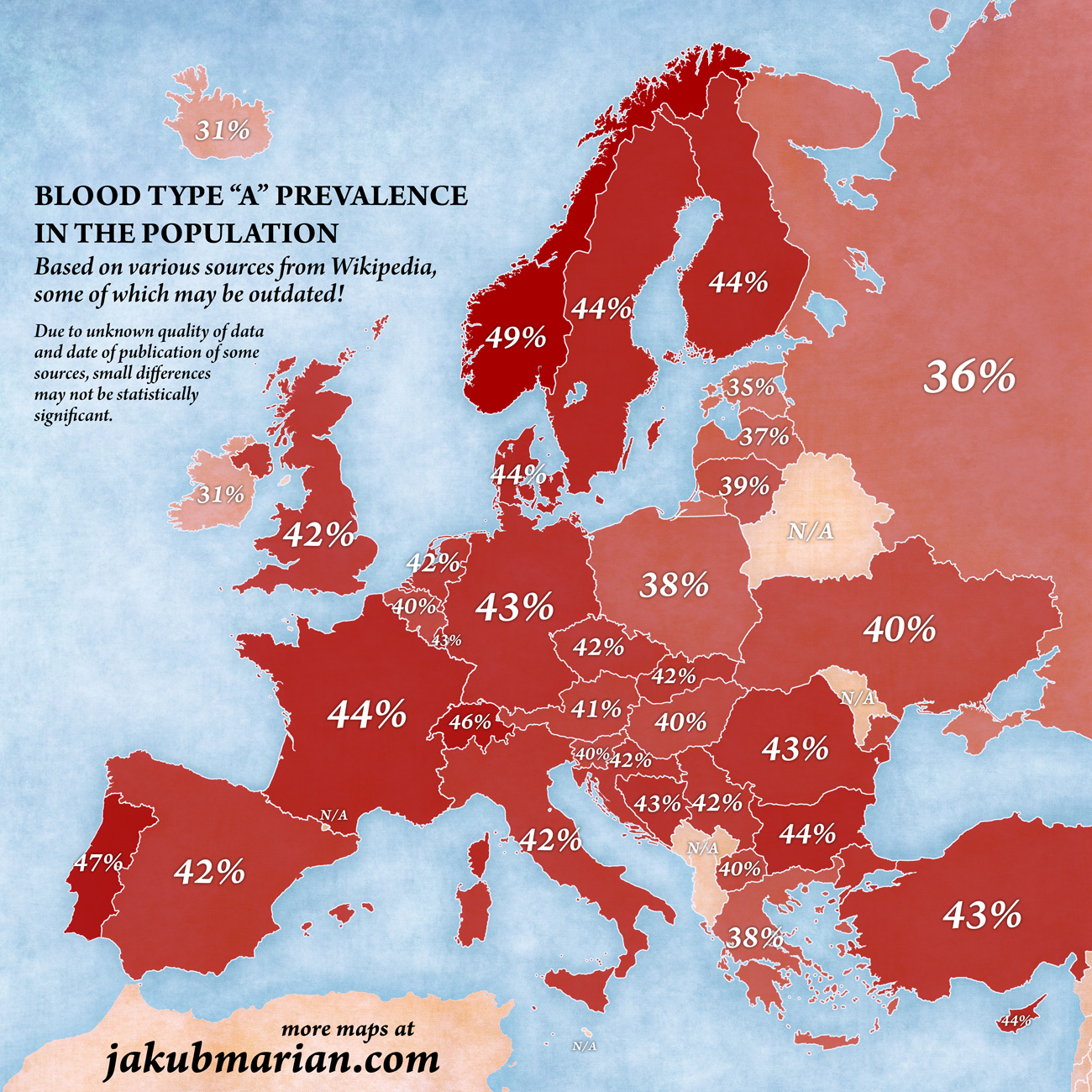 A trend opposite to type O can be seen in type B, which is more prevalent in Eastern Europe (and even more so in Asia): 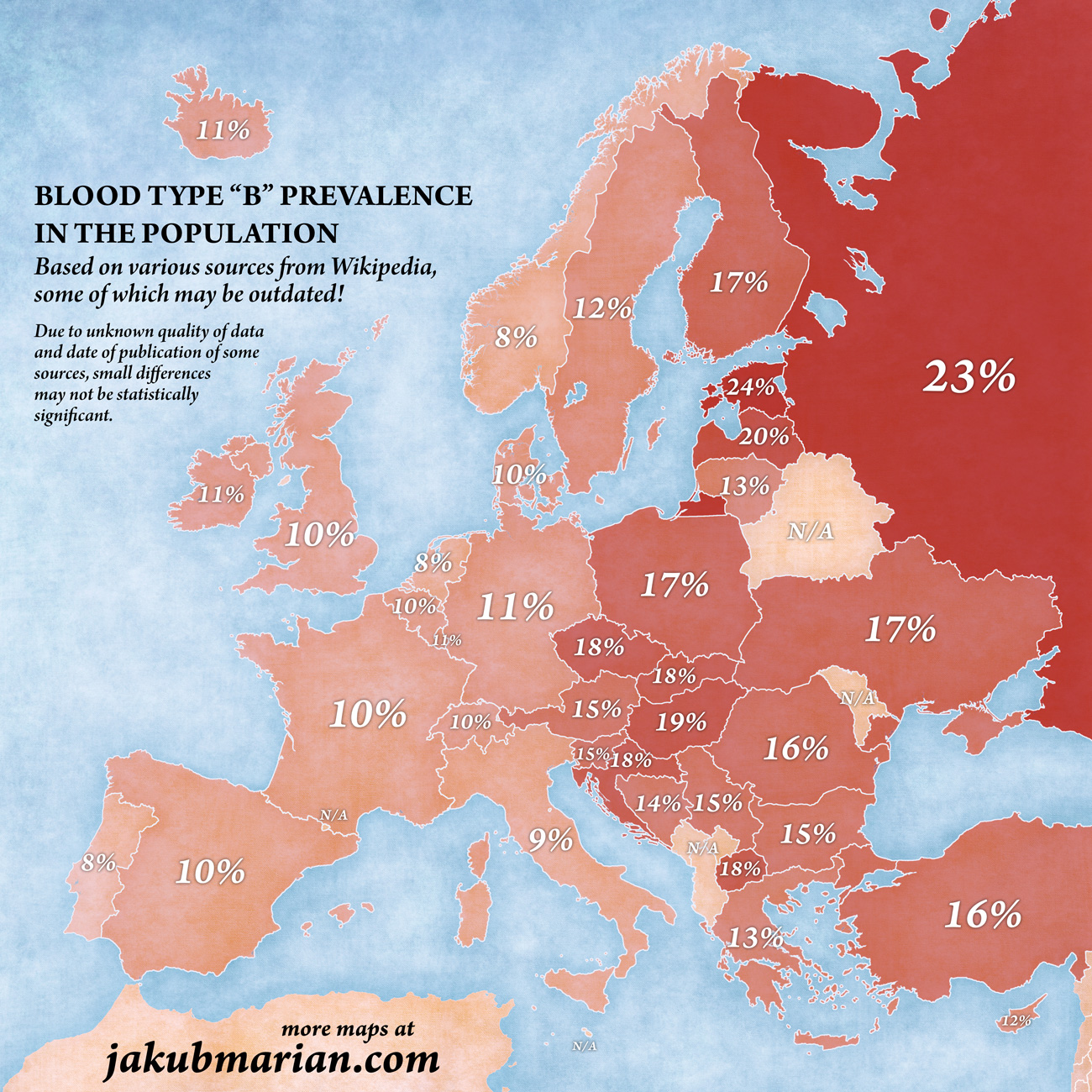