On the other hand, the least densely populated European country is Iceland (population 330,000; population density just around 3.2 people per square kilometre). To understand the magnitude of differences, take a look at the following infographic, which shows the two countries side by side: 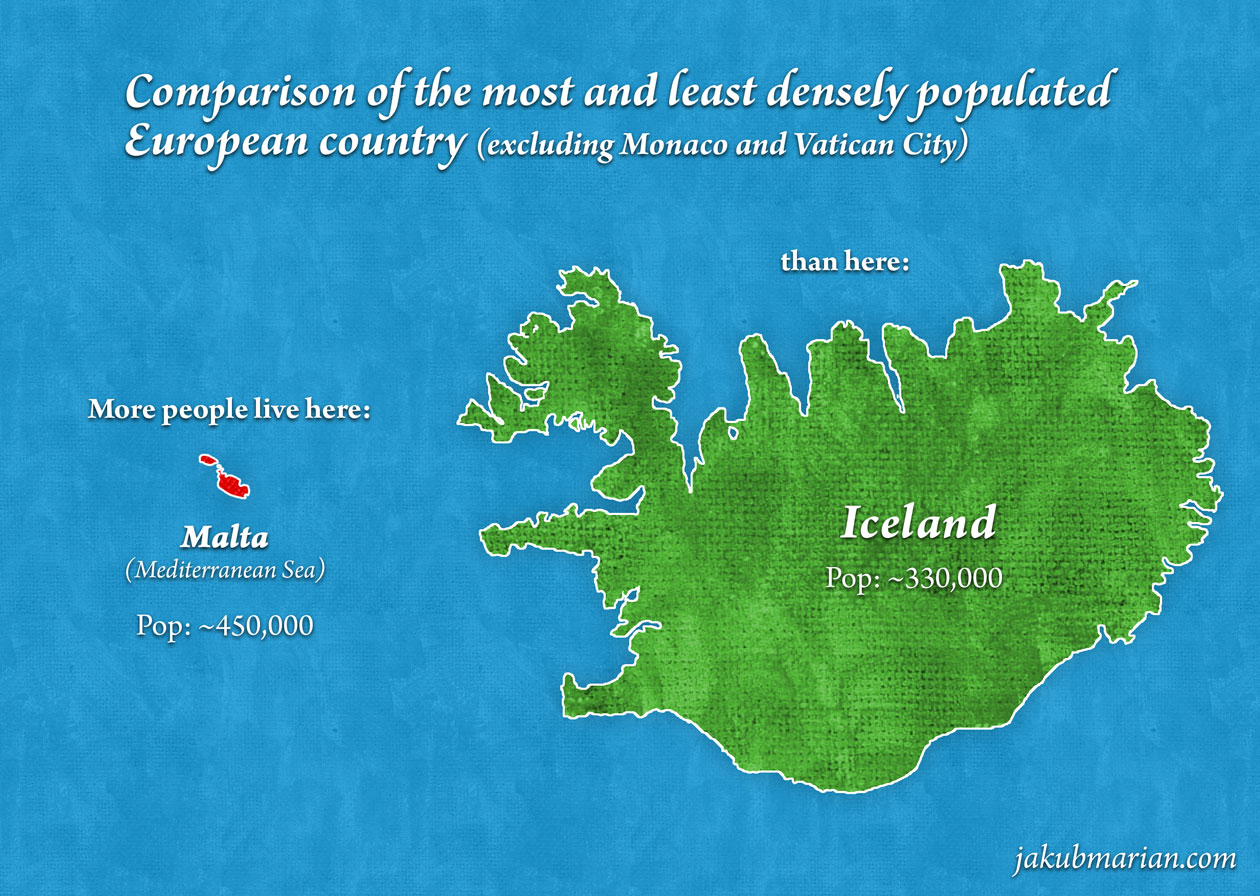