Transparency International regularly publishes the Corruption Perceptions Index (CPI), which, roughly speaking, measures how corrupt the public sector of each country is (corruption in private companies does not influence the results).

The name of the index may make it seem rather imprecise (it is based on “perceptions”, after all, not on the actual amount of corruption), but the problem with corruption is that most of it has never been publicly uncovered. That’s why Transparency International collects studies from various institutions analysing corruption in the world by surveying businessmen and local experts.

Here are the results for Europe (100 would be a country practically devoid of corruption, while 0 means a huge amount of corruption at all levels of society): 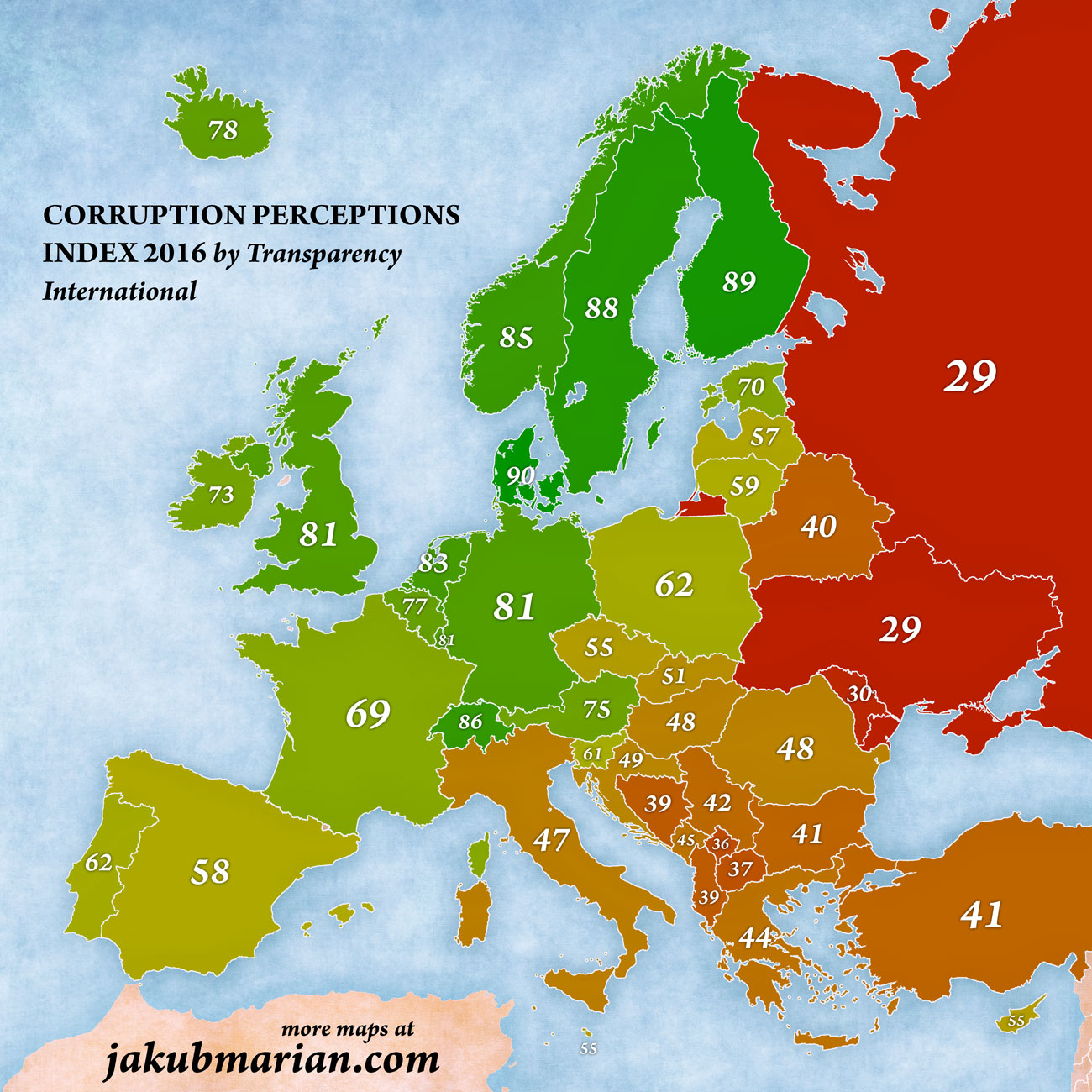 There is a noticeable divide between Western and Eastern Europe, as well as Northern and Southern Europe. Perhaps one of the more surprising results is that of Italy, which has the third lowest score of the whole European Union after Bulgaria and Greece.

For comparison, the United States has a CPI of 74 and Japan 72, while China, India, and Brazil all scored 40.