December got its name from Latin decem, “ten”, because it was the tenth month of the Roman calendar (which started in March, not January). This name spread from Latin to most other European languages (red regions on the map below), but other traditional names are still in use in some regions: 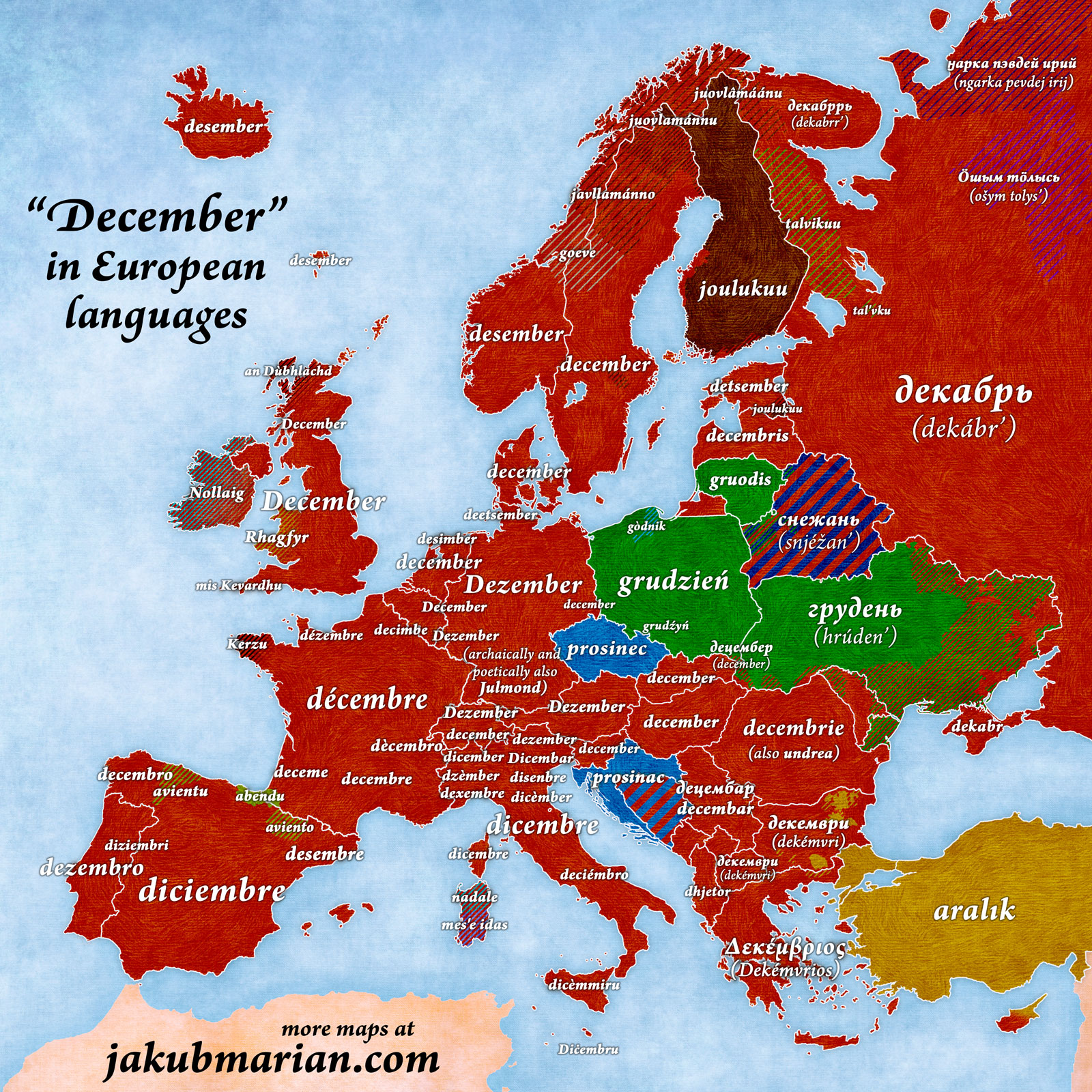 Polish grudzień, Ukrainian hrúden’, and Silesian grudźyń are derived from a common Slavic root gruda, meaning a “heap” or “lump”, likely referring to frozen earth. Lithuanian gruodis developed under the influence of Polish and is based on the Lithuanian word gruodas, which is a cognate of the Polish word gruda. Belarusian snjéžan’ means “snow month”.

The etymology of Czech prosinec and Croatian prosinac is not entirely clear. One theory says that they are derived from an old Slavic verb prosinoti, which meant “to shine through” (probably referring to the sun). Another theory says that it is based on the word proso, which is a type of grain that used to be commonly consumed during that month. Kashubian gòdnik is derived from gòdë, “Christmas”, which comes from a Slavic root meaning “time, era” or “holiday”.

Albanian dhjetor is derived from Latin december by replacing “decem” with dhjetë (“ten” in Albanian), which, however, ultimately derives from the same Proto-Indo-European root as Latin “decem” or English “ten”.

Asturian avientu, Aragonese aviento, and Basque abendu come from Latin adventus, “arrival”. Sardinian mes’e idas is derived from Latin idus (“ides” in English) which was the middle day of a month in the ancient Roman calendar; nadale refers to the Nativity of Jesus.