The English word “Earth”, German “Erde”, Swedish “jorden”, and similar expressions in other Germanic languages come from Proto-Germanic *erþō, which meant, well, “earth”. They are shown in brown on the following map: 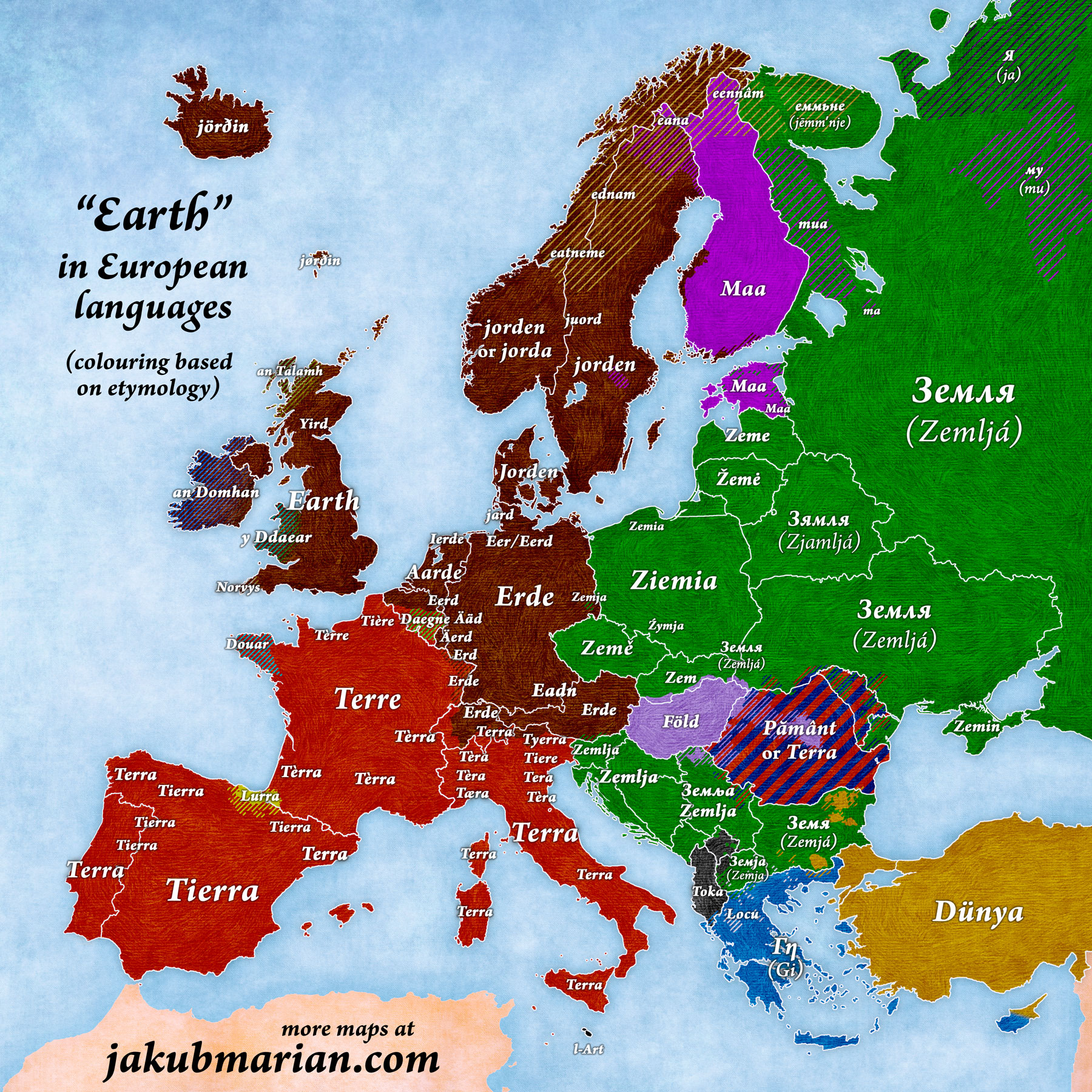 There are two more very widespread etymologies in Europe. In Romance languages, the expression is mostly derived from Latin terra (“earth”), which comes from Proto-Indo-European *ters-, “dry”. A notable exception is Romanian: the most common expression for Earth, Pământ, is derived from Latin pavīmentum (“a floor composed of small stones”, related to English “pavement”). Note that I was not able to find any information about the origin of the Walloon word Daegne.