The English word “Easter” (and similar words in several other Germanic languages) is derived from the name Eostre, a Germanic goddess called *Austrō in Proto-Germanic, and ultimately comes from the Proto-Indo-European root *h₂ews-, meaning “dawn” or “east”.

The English name (and many of the Easter customs celebrated around the world) may have pagan roots, but the modern holiday is primarily a Christian holiday, and this is reflected in its most common name, derived from Latin Pascha (which ultimately derives from the Hebrew holiday Pesach, “Passover”). This etymology is shown in red on the following map: 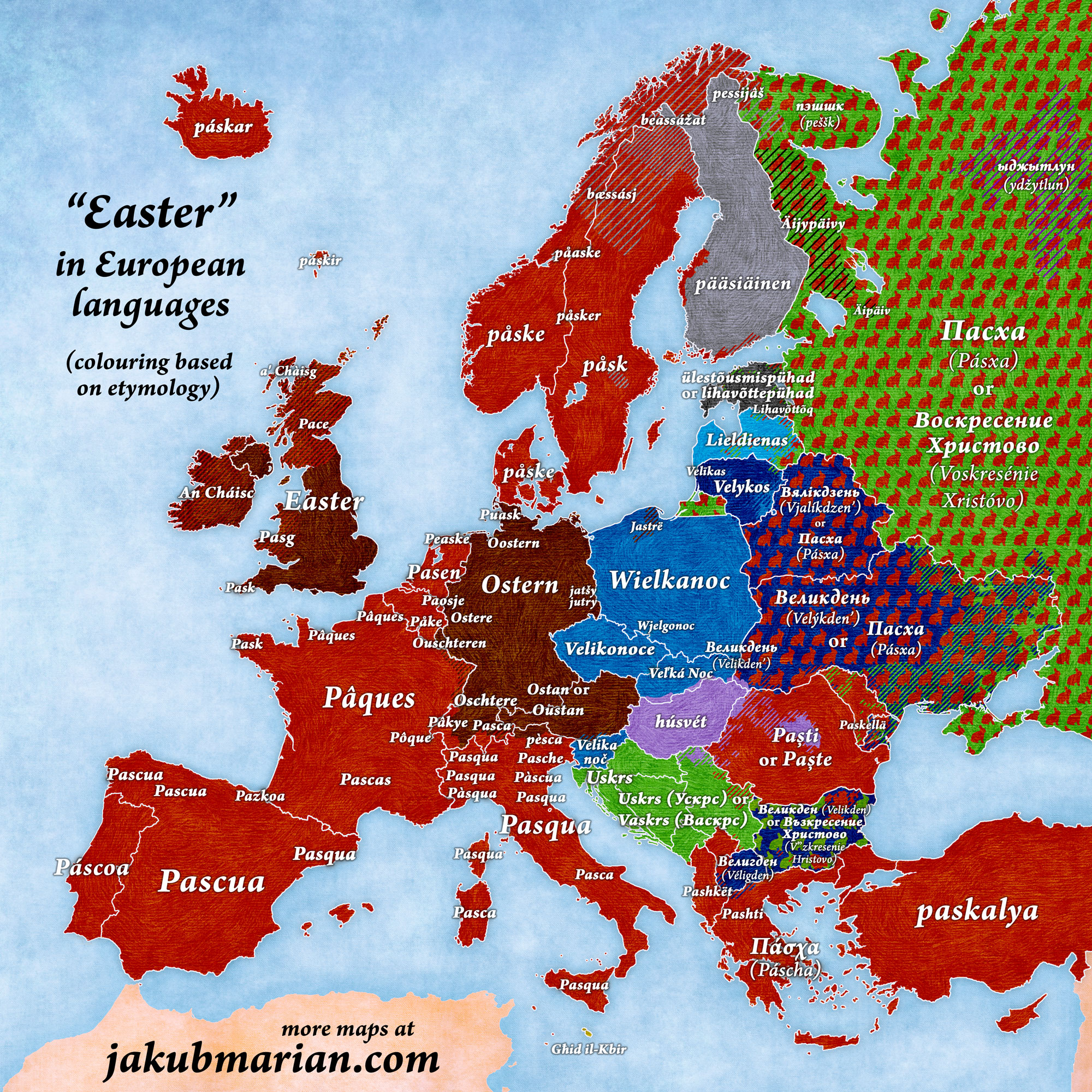 The holiday is mostly called “Big Night(s)”, “Big Day(s)” (both in shades of blue) or “Resurrection of Christ” (green) in Slavic languages. Interestingly, Latvian “Lieldienas” (light blue) also means “Big Days”, but “Liel-” is not etymologically related to “Vel-” in Slavic languages.

Hungarian húsvét literally means “meat-taking”. Finnish pääsiäinen and similar expressions in Sami languages are derived from the verb päästä, which has many different meanings, one of which is “to escape” or “to be free”, referring to “being free from (or finishing) Lent”. Estonian ülestõusmispühad means “resurrection holiday”.