You have probably seen many of those stunning pictures of continents at night taken by a satellite or an astronaut. I wanted to create my own picture of Earth at night, but it turned out I didn’t have a satellite at hand—so I decided to take a different approach.

The picture below is based on land cover data by the European Space Agency. It was created by extracting urban areas from ESA’s data and digitally modifying them to make them look like shining cities.

It is important to note that the picture is not an accurate representation of reality because not all human settlements covering the same area produce the same amount of light. Instead, it should be thought of as showing the density of human settlements.

The most inaccurate area of the picture is probably Ukraine, which is, unlike other parts of Europe, very densely covered with small villages, which are unlikely to produce much light at night. Anyway, feel free to share the picture or use it as a wallpaper if you like it. 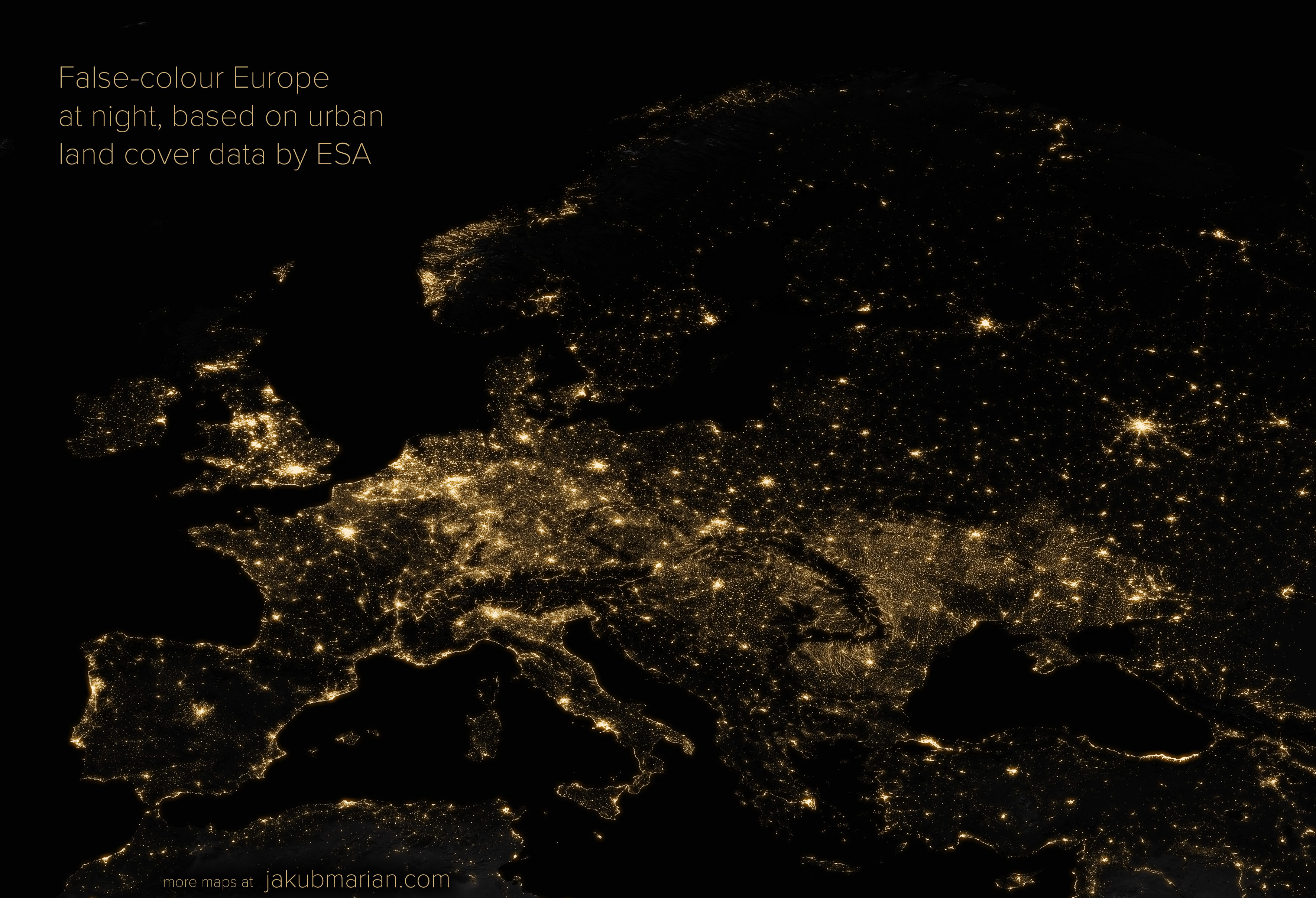