The metropolitan area of a city is the city itself plus the area surrounding the city that is closely economically bound to the city. It is also sometimes called the “commuter belt” because it is usually defined as the area around a city where it is practical for people to commute to work in that city.

The metropolitan area is a better characterization of the true extent of a city than the population of the city proper because the city limits are often defined rather arbitrarily. 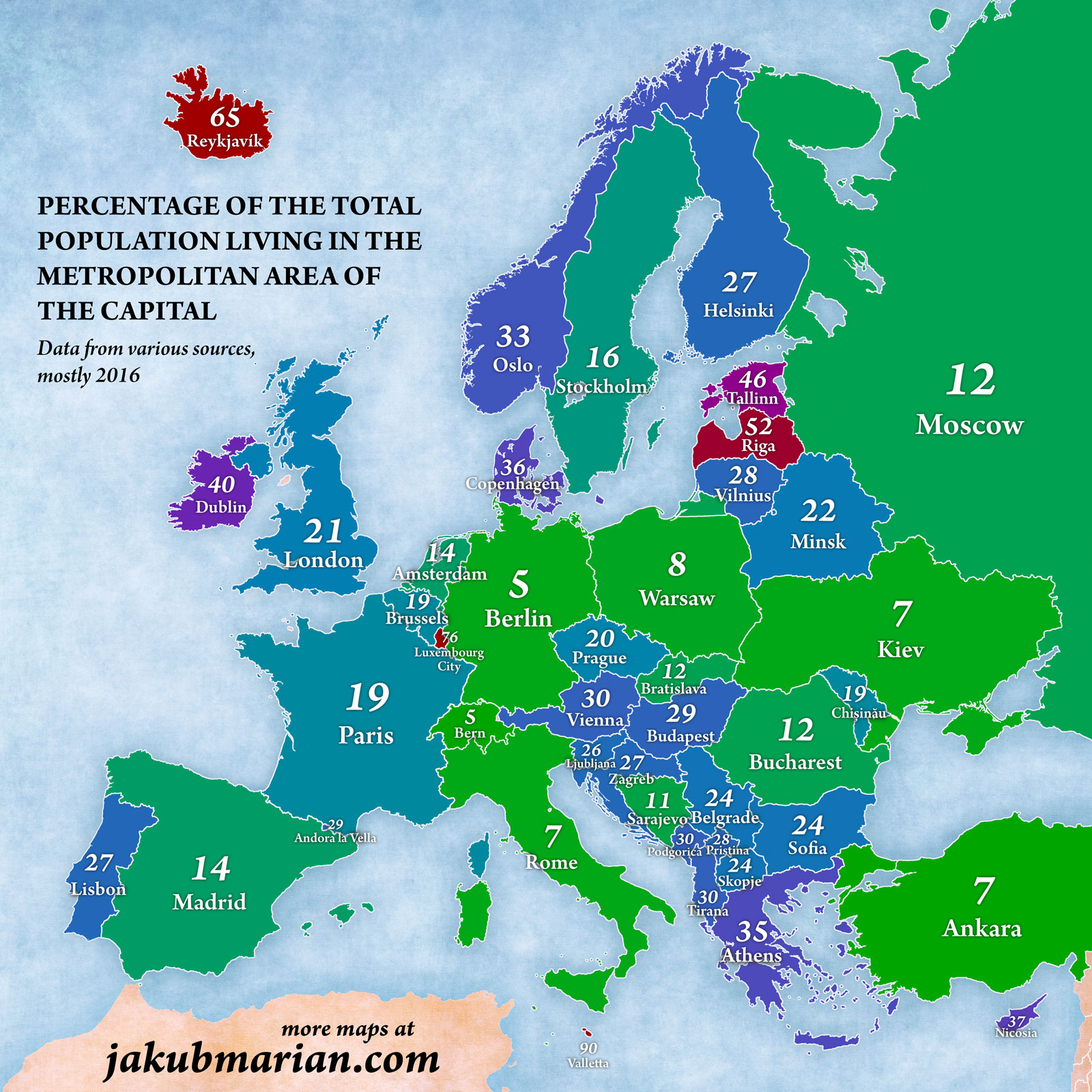 Here’s a list of the same percentages, from highest to lowest. Surprisingly, Switzerland has the lowest percentage of “capitalization” in Europe (at just 5%). The reason is that Bern, the capital of Switzerland, is neither its largest city nor its economic centre. This title goes to Zürich, the metropolitan area of which contains 15% of the Swiss population.

Please note that the value for Hungary was updated to 29 from 34. The reason for the original wrong figure was a widespread error in English-language sources, which mistakenly equate the Budapest metropolitan area with Central Hungary (which is larger).

The value for Germany was updated to 5 from 7. Similarly to the case above, there is a widespread confusion of both English and German terminology, in which the Berlin/Brandenburg Metropolitan Region is incorrectly identified with the metropolitan area of Berlin. The latter is, however, better characterized as what is called Agglomeration Berlin (which is not the urban agglomeration of Berlin in the English sense of the word).