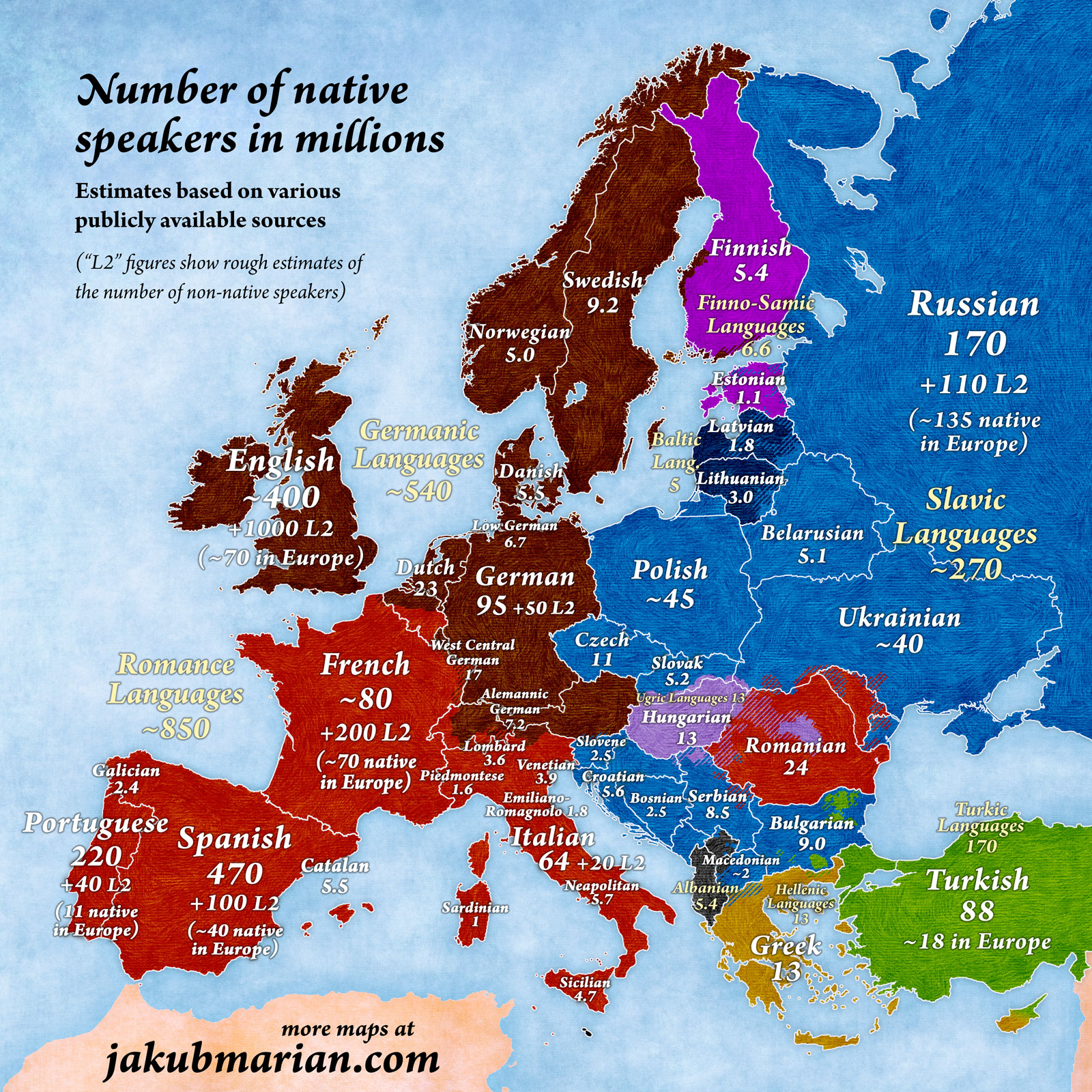 The languages shown in the map are not necessarily mutually exclusive; for example, most speakers of minority languages in Italy are also speakers of Standard Italian, and most authors include them in their estimates of the number of native speakers of Italian. Such languages are marked with an asterisk in the table below:

Please note that there is no standardized way to divide German varieties into separate languages, so I divided them into 3 rough categories: Low German, West Central German (which includes Luxembourgish), and Alemannic German.

Figures preceded by the symbol “~”, as well as the numbers of L2 speakers, must be taken with a pinch of salt. The problem of estimating the number of native English and French speakers speakers is the large number of countries where the languages are widely spoken non-natively and the number of natives is unknown. Both Polish and Ukrainian have a large diaspora in many different countries. The situation of Ukrainian is further complicated by the existence of Surzhyk, which is a mix of Russian and Ukrainian spoken by around 15% of the Ukrainian population.