Most European languages developed from a single language called Proto-Indo-European, spoken approximately from 4500 BC and 2500 BC somewhere in the Ukrainian and Russian steppe, at least according to the most widely accepted hypothesis.

Somewhat surprisingly, simple vocabulary in most modern European languages (such as numbers, immediate family members and some animals) developed from a single word in Proto-Indo-European, although its current forms have changed beyond recognition.

Historical linguistics is capable of reconstructing many such words with great precision. The diagram below shows the development of the Proto-Indo-European word for “hundred”, from its reconstructed forms in languages that are no longer spoken up to the modern forms: 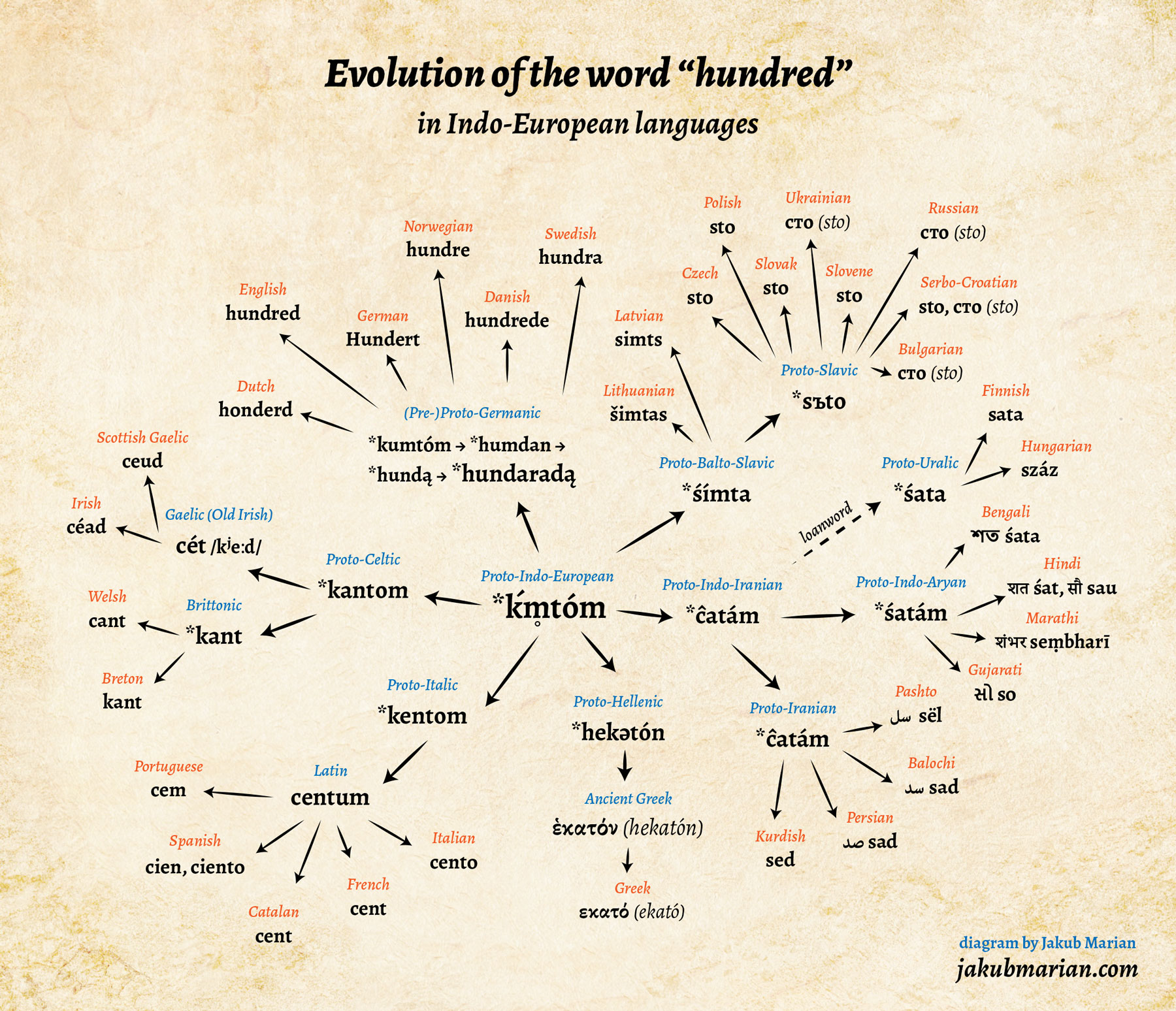 It should be noted that the Albanian word for njëqind (not shown above) is a borrowing from Latin (literally “one + cent”). The Romanian word sută (also not shown) is likely a Slavic loanword or possibly a loanword from another language.

Let’s explain the notation: An asterisk at the beginning of a word indicates that the word is reconstructed. There are no written sources from that era, and the notation is a modern invention used solely for the purpose of reconstruction.