It is probably not surprising that the English word “father” and German “Vater” share a common origin, but did you know that Irish and Scottish Gaelic “athair”, French père, Spanish padre, and similar expressions in other Romance languages also come from the same Proto-Indo-European root? Words sharing this origin are shown in red on the following map: 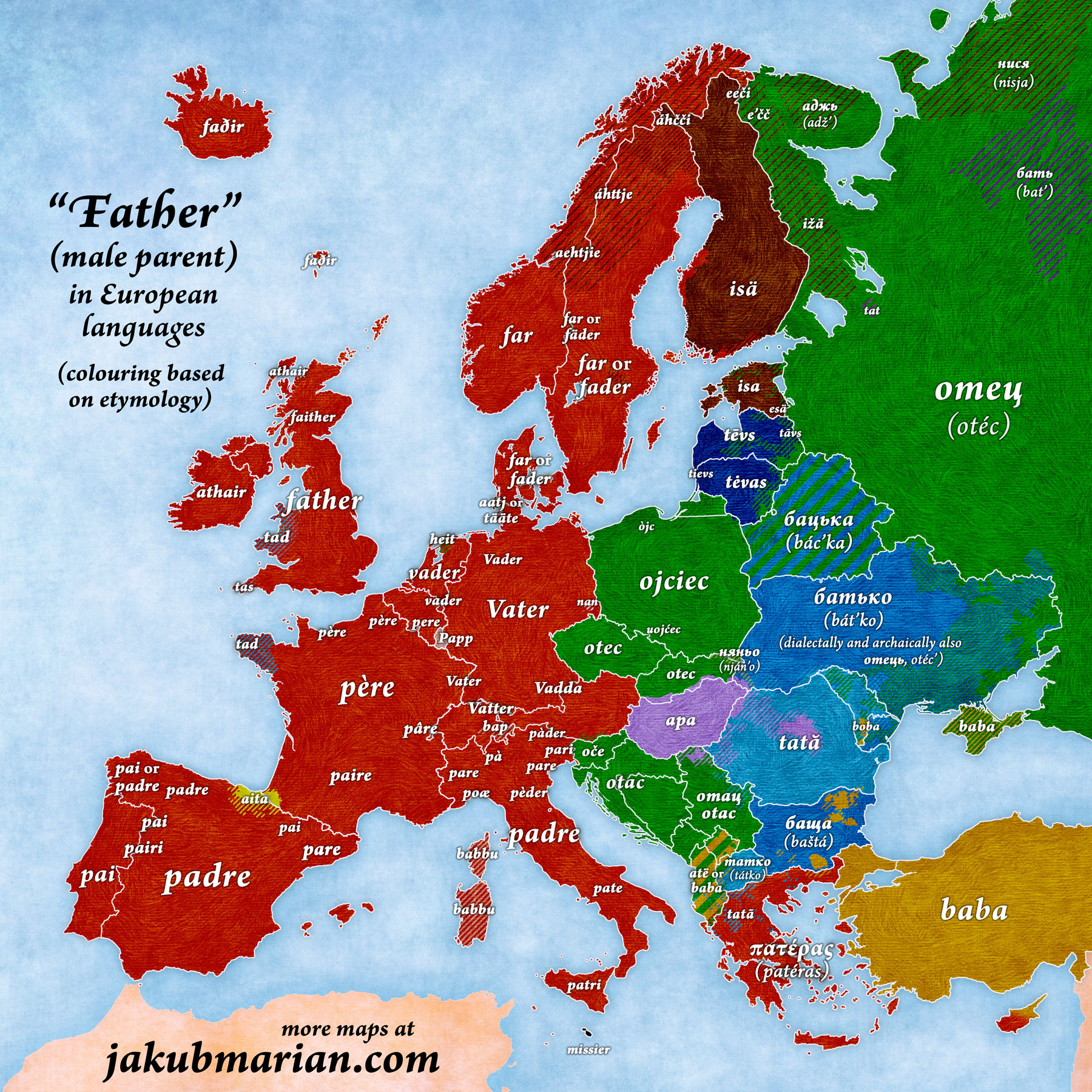 Note that the map only shows the formal expression for “father” in each language (such as the one that would be written in official documents), not informal ones like “dad”.

It is worth mentioning that Frisian heit, aatj and tääte may have all developed from the same root as Slavic otec, ojciec, etc., namely from Proto-Indo-European *átta. However, this etymology is disputed, and some authors connect heit to Old Frisian *hêta, “one who gives orders, lord”, or to Germanic words for male animals.

Albanian baba is a borrowing from Ottoman Turkish baba. Similar sounding babbu in Sardinian, bap in Romansh and Papp in Luxembourgish (and similar informal expressions in other languages, such as papa in French and babbo in Italian) are likely derived from Latin pāpa, which is “onomatopoeic” in origin (based on “bababa” and “papapa” sounds that babies make) and is not directly related to the Turkish expression.