The English word “February” comes from Latin februarius, which means “of purification”. The corresponding names for the second month of the year in other European languages are also mostly derived from februarius (shown in red in the following map): 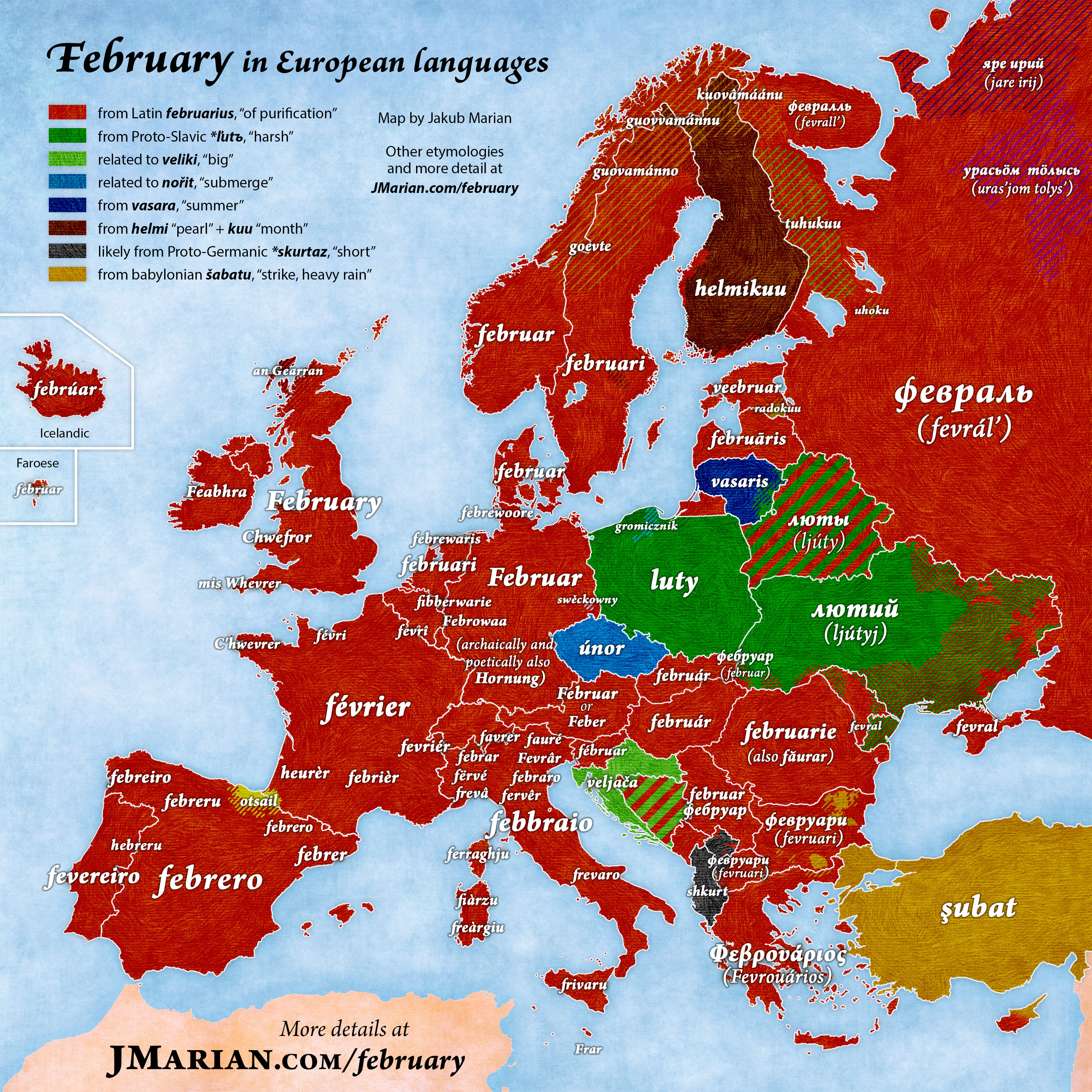 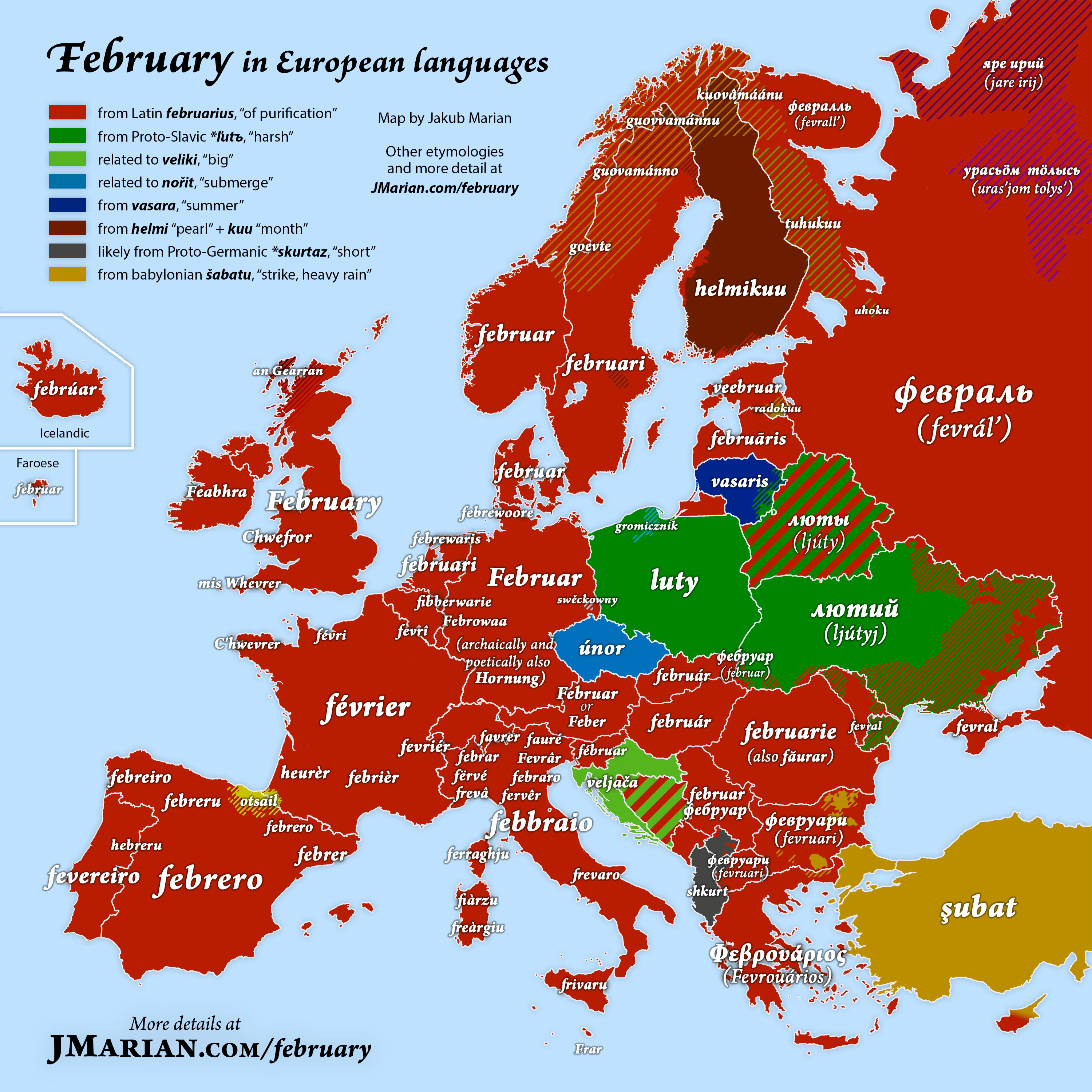 Other etymologies (corresponding to other colours) are as follows: Polish, Ukrainian and Belarusian words luty, ljútyj and ljúty come from a Slavic word meaning “fierce, harsh”. The etymology of Czech únor is not completely clear, but it likely comes from the verb “nořit”, which means “to immerse, submerge”, referring to lands being submerged in thawing snow. Lithuanian vasaris is somewhat misleadingly derived from the Lithuanian word for summer, vasara.

The origin of Croatian veljača is uncertain, but it is related to the adjective veliki, “big”. Albanian shkurt probably comes from Proto-Germanic *skurtaz, meaning “short”, and February is indeed a short month. Similarly, Scottish Gaelic Gearran is derived from geàrr, “short”. Kashubian gromicznik is derived from the Kashubian name of Candlemas, gromica (a Christian holiday celebrated on 2 February), which is in turn derived from a Slavic word for thunder.

Finally, the Turkish, Finnish, and Basque translations are not even distantly related to any word mentioned above, since they are not Indo-European languages. Finnish helmikuu comes from helmi ‎(“pearl”) +‎ kuu ‎(“month”), Turkish şubat comes ultimately from Babylonian šabaṭu, which some sources translate as “destructive rain”, and Basque otsail comes from otso (“wolf”) + hil (“month”). The Komi expression could be possibly derived from a word for a squirrel. I wasn’t able to find etymologies for other Uralic languages.