Most national central banks in Europe hold a large amount of reserves in the form of foreign banknotes and deposits, treasury bills, gold, and other assets, which are called international reserves (or foreign-exchange reserves in popular usage, which, technically speaking, should only refer to reserves held in a foreign currency).

The map below shows gold reserves of European national central banks in grams per capita as of May 2017; that is, if a central bank were to distribute the gold it possesses to all inhabitants of the country equally, every inhabitant would receive the amount shown in the map. 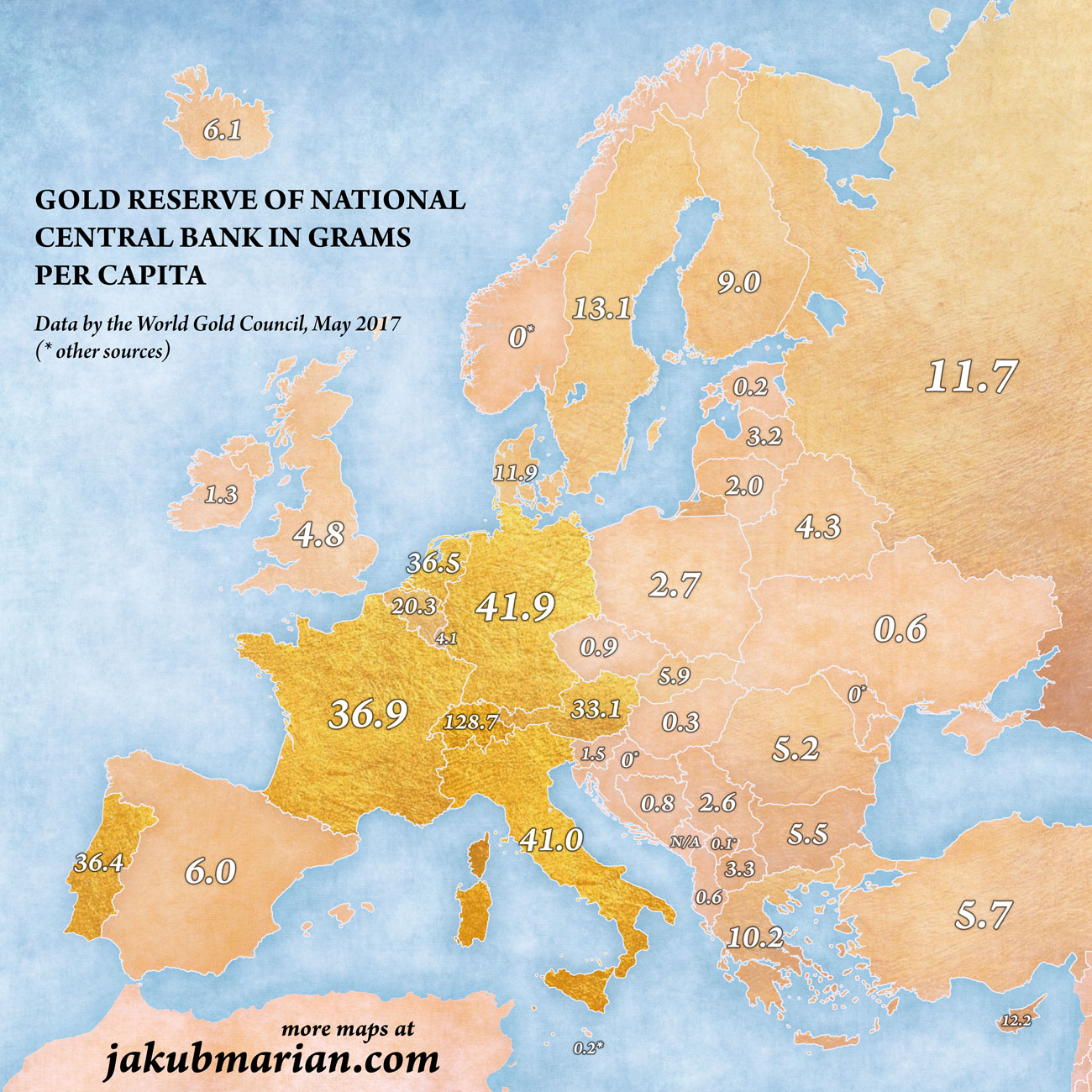