Do you know how when you start typing a search query into Google, it gives you suggestions based on what other people are searching for? The following map shows the top suggestion for the question “why is …?” for European countries, e.g. what comes up after “why is Germany …”.

So we find that people would like to know, for example, why Turkey is named Turkey (or “turkey” named “turkey”; either way, the bird is named after the country) or why the country code of Switzerland is CH (which is an abbreviation of the Latin name of Switzerland, Confoederatio Helvetica). Apparently, they also think that Belgium should not be a country for some reason.

Many of the suggestions are based on recent events. People are trying to find out more about Russia’s military operations in Syria or about the British withdrawal from the EU. And then, of course, there are lots of stereotypes: Apparently, the Czechs are atheists, the Poles Catholics, and the Danes happy. But, well, judge for yourself: 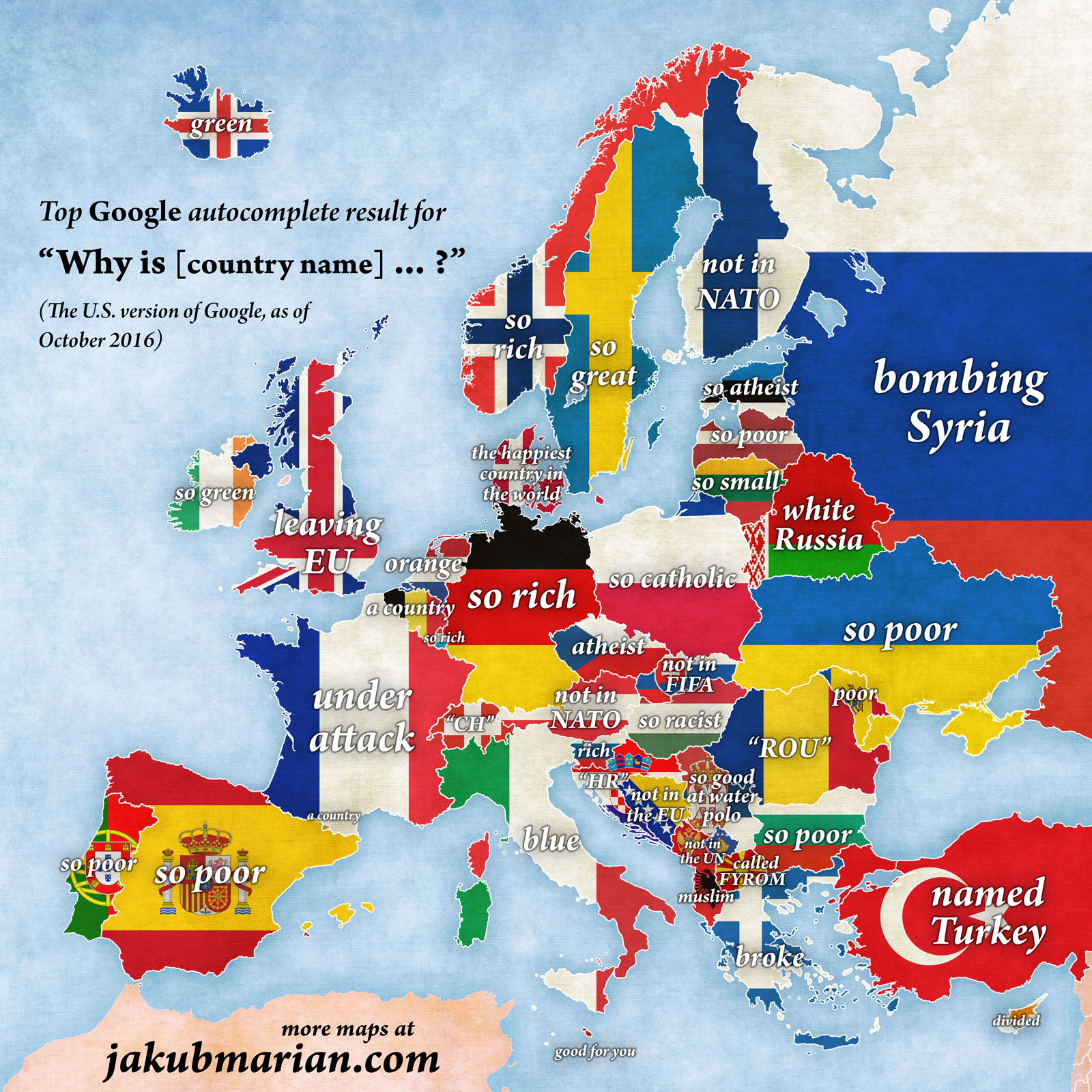