Did you know that “I love you!” is more commonly used in English than “Good morning!”? (I can prove it!). It is used to express feelings for a lover as well as deep non-sexual affection.

Of course, every language has its own way of expressing love (shown on the map below), and it is quite interesting to see the similarities and differences between languages. The colouring scheme is based on etymological relations between the translations of the verb “love”. Relations between other parts of the phrase are not shown on the map. 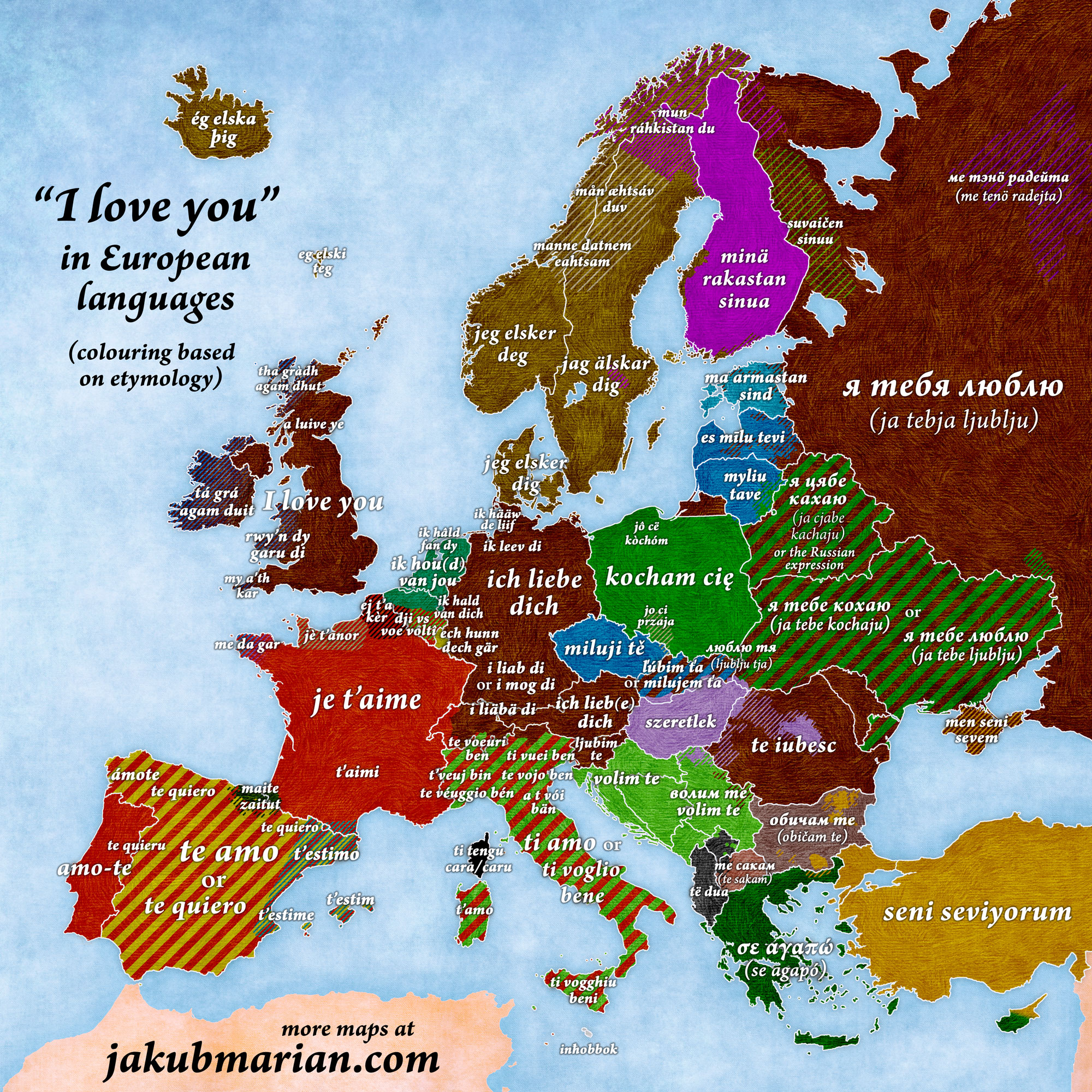 This map is available in print in various styles.You will directly support creation of new maps by buying a copy.
Note: Spanish and Italian amo are usually reserved for one’s lover. In the context of friendship or family, quiero and voglio, respectively, would be used instead. Many speakers derive a similar distinction between Ukrainian кохаю (between lovers) and люблю (between any two people), but this may also depend on the dialect and the influence of Polish and Russian languages.

There are a few unusual relations to notice. Most notably, Russian ljublju, German liebe, English love, and similar expressions in many other languages all come from the same Proto-Indo-European root *lewbʰ- (and hence share the same colour on the map).

Italian voglio and similar verbs in other Italic languages quite surprisingly share a common origin with Croatian volim; they both come from Proto-Indo-European *welh₁- (which is also the source of the English word “will”).

Czech miluji and myliu and mīlu in Baltic languages are likely derived from the same Proto-Balto-Slavic root *meiʔlos, although the languages are geographically separated by Polish, which is more closely related to both but where a different expression is predominant (but there is a Polish cognate miłować, which is mostly used in religious and formal contexts rather than everyday speech in modern Polish).