The English word “January” comes from Latin ianuarius, which means “of Janus” (Janus was an ancient Roman god of doorways, gates, transitions, beginnings, and endings). The corresponding names for the first month of the year in other European languages are also mostly derived from ianuarius (shown in red in the following map): 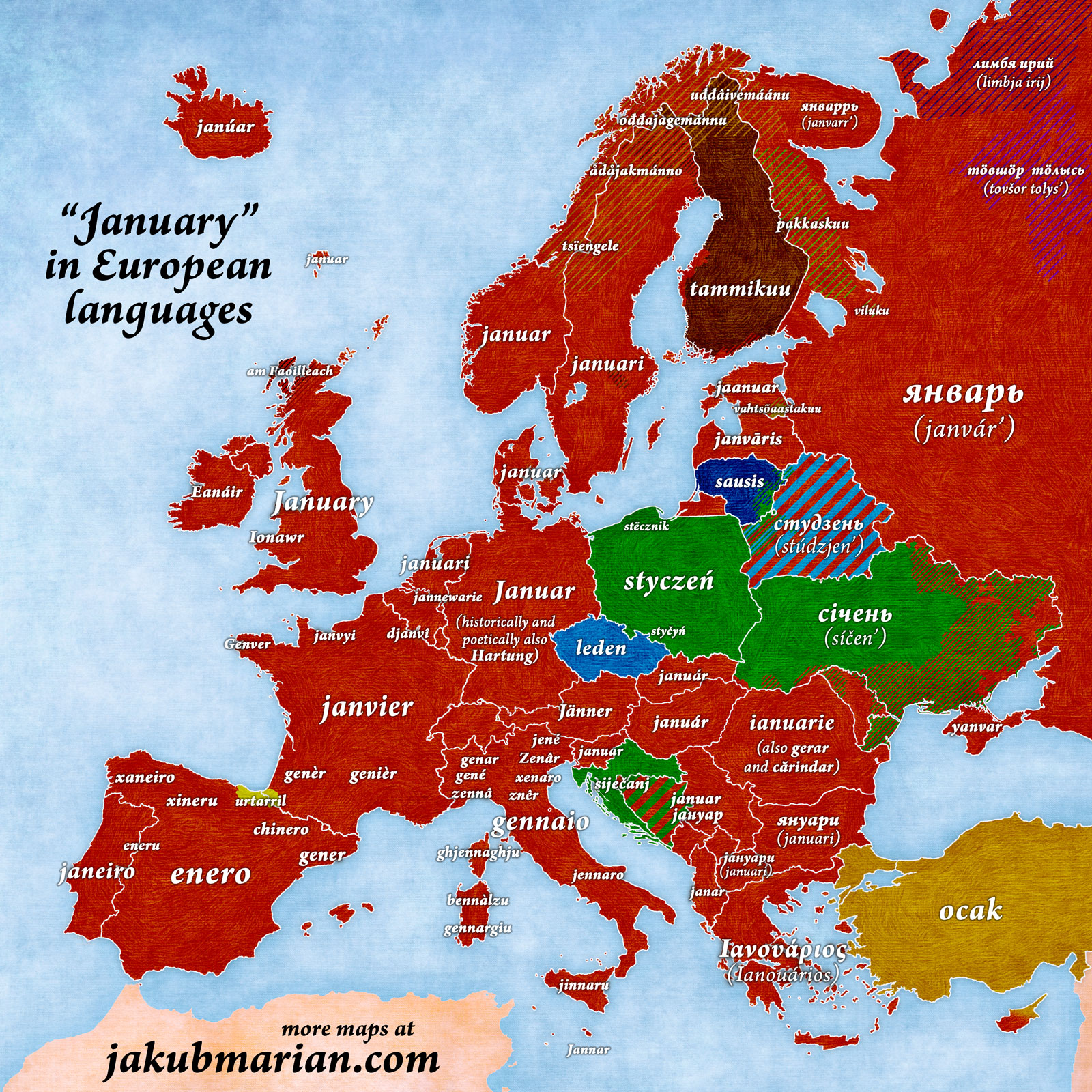 Other etymologies are as follows: Polish, Ukrainian, and Croatian words styczeń, січень, and siječanj trace back to Proto-Slavic *sěčьńь, which referred to a time when trees were being cut down. Czech leden is derived from led, “ice”, and Belarusian студзень comes from a Slavic root meaning “cold” (note, however, that Russian is also commonly spoken in Belarus).

Finally, the Turkish, Finnish, and Basque translations are not related to any word mentioned above, which should not surprising, since they are not Indo-European languages:

Turkish ocak literally means “stove, fireplace”, likely referring to the fact that January is a cold month, during which one spends a lot of time at home, in front of a fireplace. Finnish tammikuu comes from tammi (“heart, core”, an archaic expression) and kuu (“month”), as January is the “core” or “centre” of winter. Basque urtarril comes from urte (“year”), berri (“new”), and hil (“month”). Võro vahtsõaastakuu means “recent year’s month”.