The map below is based on data by the European Space Agency (the CCI project). It shows Japan, South Korea, North Korea, and parts of China and Russia with colouring representing various types of land cover (such as forests, agricultural land, water, etc.). Shading (darker areas) represents elevation (mountains).

If you are more interested in tree cover in particular, take a look at my more detailed map of tree cover of the same area. 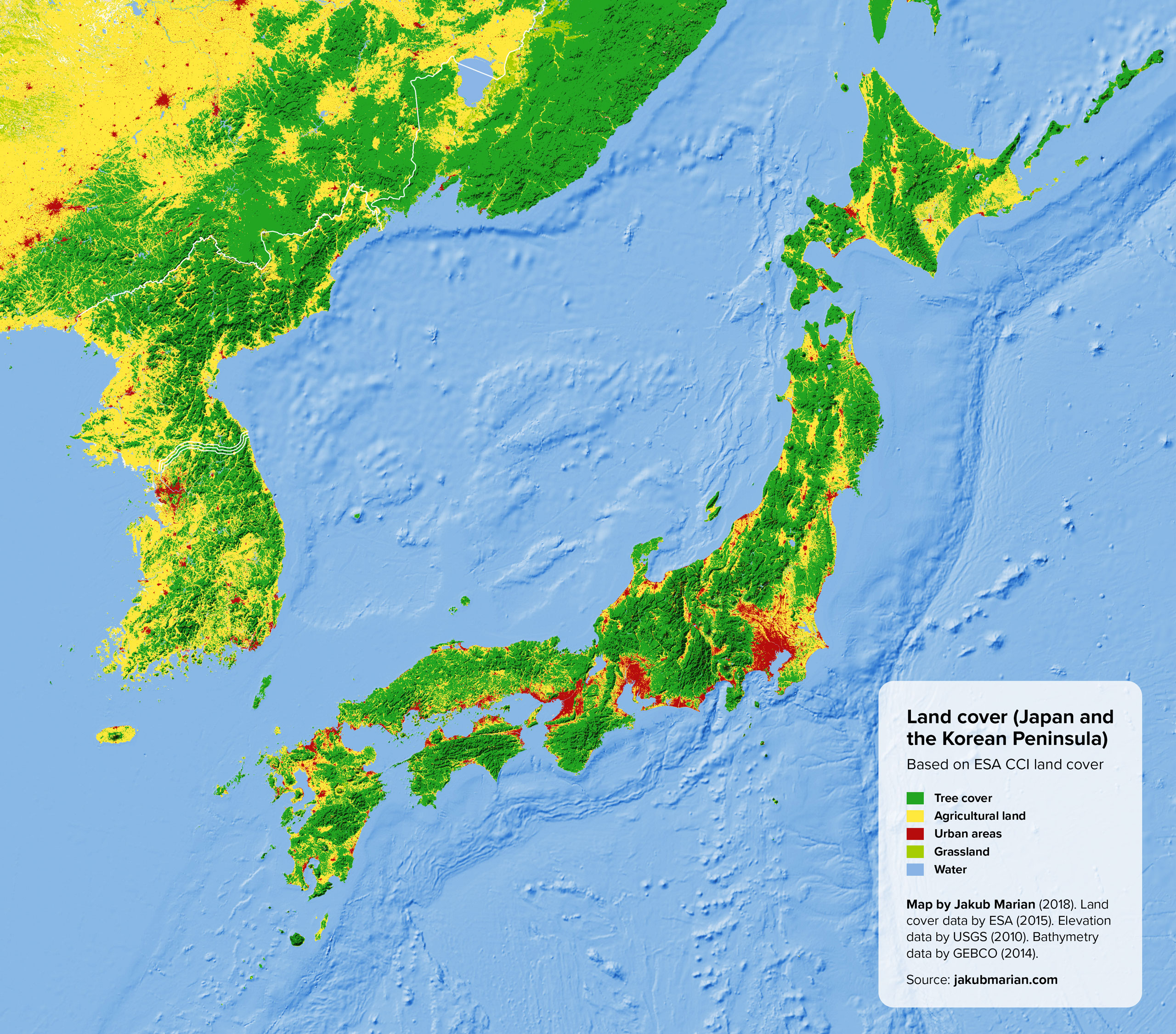 Perhaps the most unusual feature of Japan is its very low agricultural land to urban areas ratio. In fact, in 2017, Japan produced just 38% of the food it would need to be self-sufficient. One of reasons is its mountainous terrain (covered mostly with treas) that is not suitable for agriculture.

Japan, South Korea and North Korea all have virtually no grasslands. The only grasslands (bright green) that can be seen on the map are found in China (top left corner) and Primorsky Krai in Russia (top middle). They also have virtually no shrubland (any existing patches are smaller than the resolution of the map).

I should also note that the algorithms of ESA seem to incorrectly identify a few patches of land at the top of Japanese mountains (especially Mount Fuji) as “cropland”, which is, however, not correct.