The map below is based on data by the European Space Agency (the CCI project). It shows North America with colouring representing various types of land cover (such as forests, cropland, water, etc.). Shading (darker areas) represents elevation (mountains). 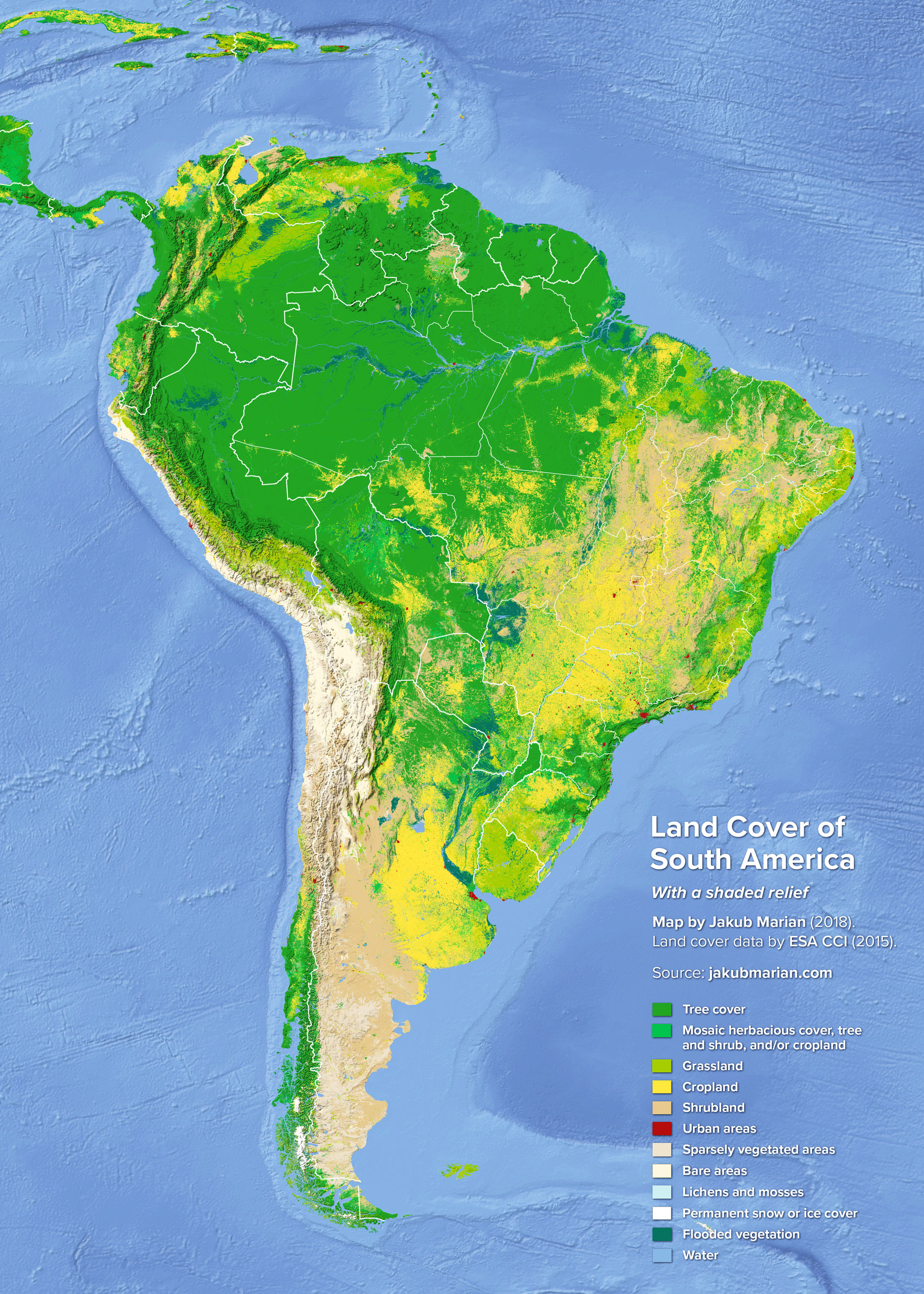 This map makes it clear that South America is divided into two vastly different regions by the Andes (the mountain range spanning the entire continent). The entire coastline of Peru and the northern half of Chile is highly arid—the Atacama desert in the north of Chile is the driest place on Earth.

The situation reverses in the south, where the land west of the Andes is fertile and forested, while the land east of the mountain range (most of the western part of Argentina) is arid and is mainly covered with shrubs and sparse vegetation.

The process of deforestation of the Amazon rainforest is also visible on the map. The entire area with mixed tree and crop cover in the Brazilian states of Rondônia, Mato Grosso, and Pará were originally part of the forest but had to give way to agricultural production.