The map below shows the most populous cities of European countries. The most populous city is almost always the capital, with four exceptions: Belgium, Malta, Switzerland, and Turkey (and, depending on the definition, possibly also Liechtenstein and San Marino, see below). 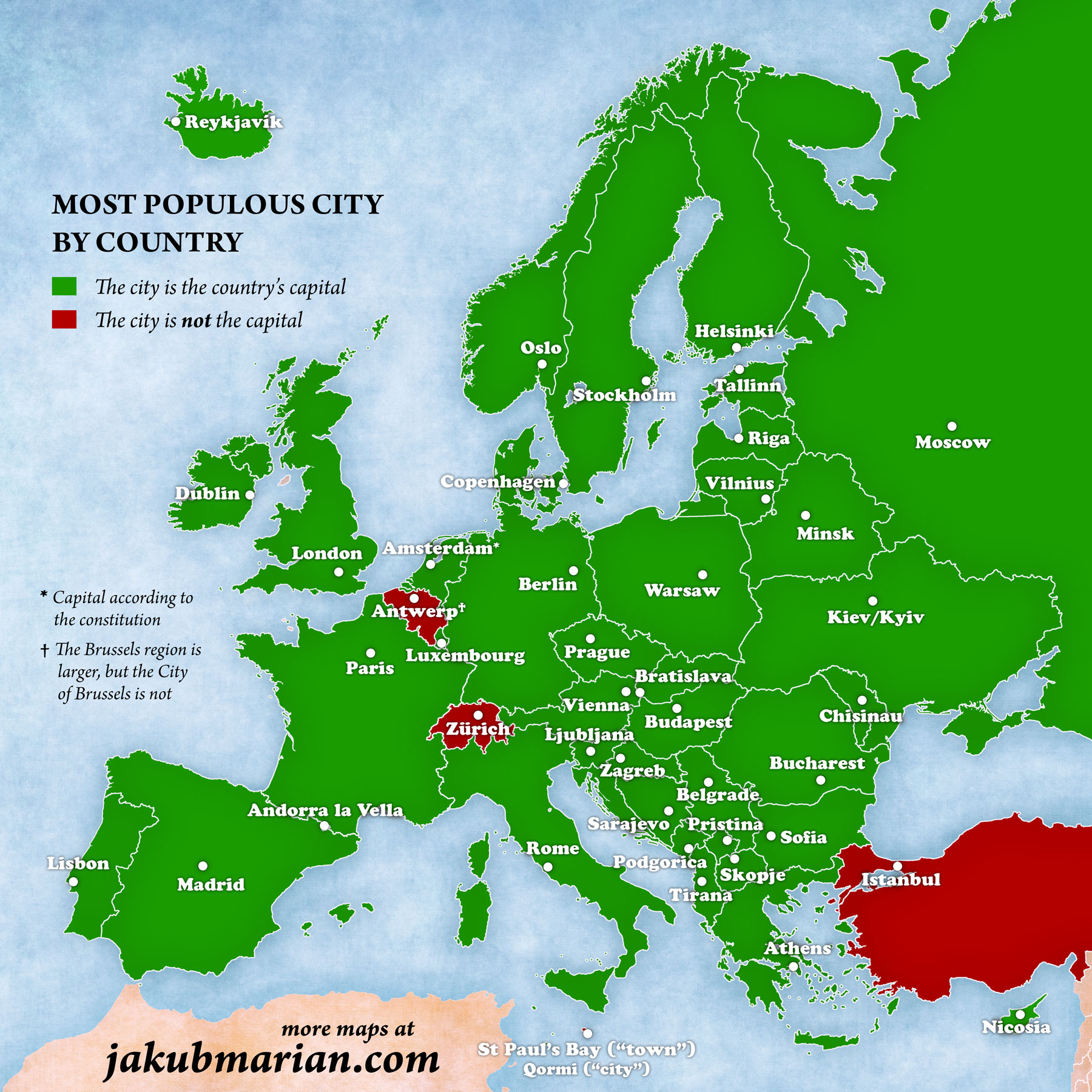 It should be noted that Amsterdam is the capital of the Netherlands by constitution, but the parliament and the government sit in The Hague. The City of Brussels in Belgium is located within the Brussels-Capital Region, which, in practice, forms a contiguous city but is officially not a single city.

Technically speaking, Liechtenstein does not have any cities. Its capital is Vaduz, which is a municipality, but the municipality of Schaan has a slightly larger population (but both municipalities are non-contiguous). The only “city” of San Marino is the City of San Marino, which is the capital; however, the largest town is Dogana.