The English word “lemon” comes from Old French limon, which comes from Arabic laymūn or Ottoman Turkish limon, which in turn comes from Persian līmū. The earlier history of the word is uncertain. It is a cognate of Sanskrit nimbū and probably originally an Austronesian word, cf. Proto-Malayo-Polynesian *limaw. Words sharing the same origin are shown in red on the map: 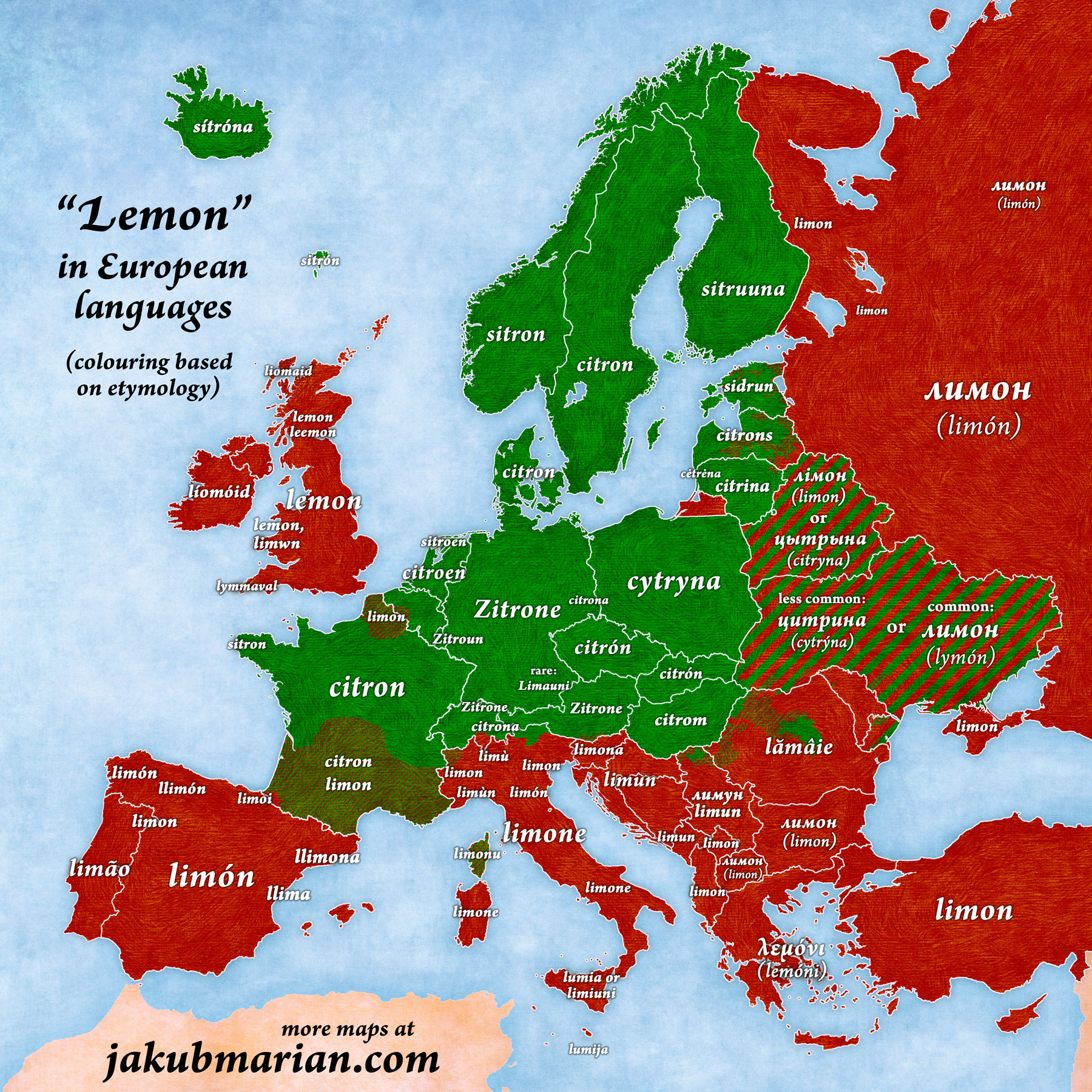 About half of Europe uses a different word, however. French citron comes from Latin citrus, which meant both a citron tree and a cedar tree and comes from Ancient Greek κέδρος (kédros), “cedar”. Similar expressions in other European languages are direct or indirect borrowings from French.

Somewhat confusingly, the word “citron” is also an English word, but it refers to a different type of citrus fruit, produced by a plant called citrus medica. In languages where “citron” refers to a lemon, a citron is mostly called “cedrat”, “cédrat”, or similar (and there is also usually a word similar to “lemon” that means “lime”).