Some native English speakers’ attitude towards learning foreign languages could be summarized as “why should I learn a foreign language if pretty much everybody speaks English?” While it is true that English is among the most commonly learned second languages in the world, only a small percentage of the world population are able to speak it at a conversational level.

Europe is traditionally very English-oriented (in comparison with the rest of the world); almost all EU citizens have had at least some contact with English. However, when it comes to actually speaking it with at least a rudimentary level of proficiency, the numbers are not as much in favour of people who share the attitude described above.

The following map shows the percentages of people who are able to hold a conversation in English, by country. It is based on the data contained in the “Special Eurobarometer 386″ (and the data for Croatia from “Eurobarometer 243”). The data are self-reported, which means that interviewees forming a representative sample of the population reported their ability to speak various languages under the guidance of an interviewer, but their abilities were not actually tested. 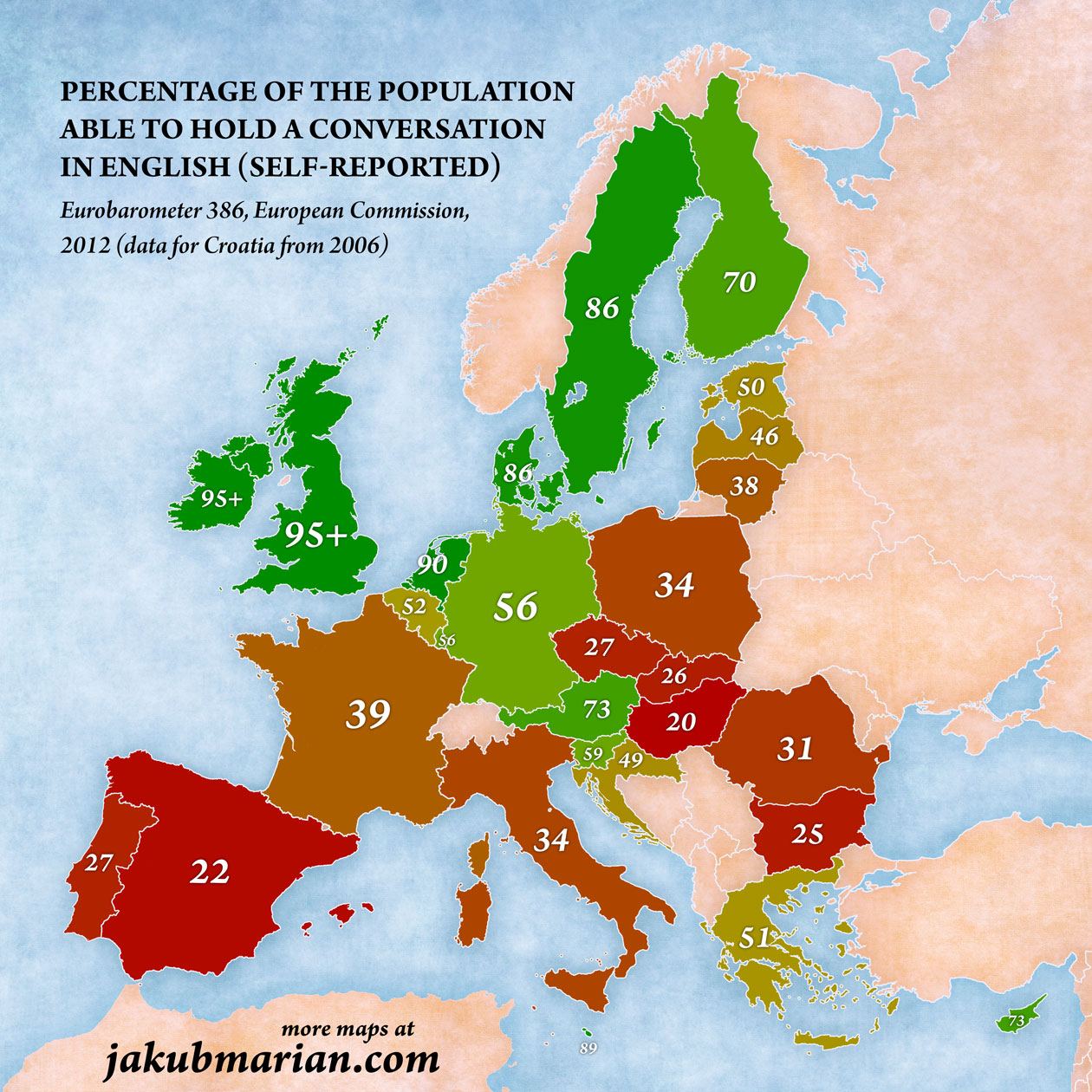 Please note that the values “95+” for the UK and Ireland represent the fact that English is not the mother tongue of a relatively large percentage of the British and Irish population (due to immigration), and estimating the exact number of immigrants who do not speak English is hard (it is unlikely that Eurobarometers provide a representative sample in this case).

To get a rough idea: In the 2011 census, 1.7% of the UK population reported that they speak poor English or no English at all. This is probably an underestimation, as the questionnaire itself was in English, so those with a poor command of English were less likely to fill it in correctly, and it included only people with permanent residence in the UK.