The original idea of this article was to create a map showing the percentage of the population following a vegetarian diet, but it turned out to be impossible to find a reliable source of data for more than a handful of countries. Since there is correlation between supply and demand, I decided to create a map of the supply part instead (which, however, is affected by many other factors than just the percentage of vegetarians, e.g. tourism and overall wealth).

Note: The previous version of this map (from 2014) was inaccurate because it included also health food stores (which HappyCow includes in the number of listings shown for each country). To create the updated version, I checked the number of listings for all cities manually to make sure that only restaurants are included. 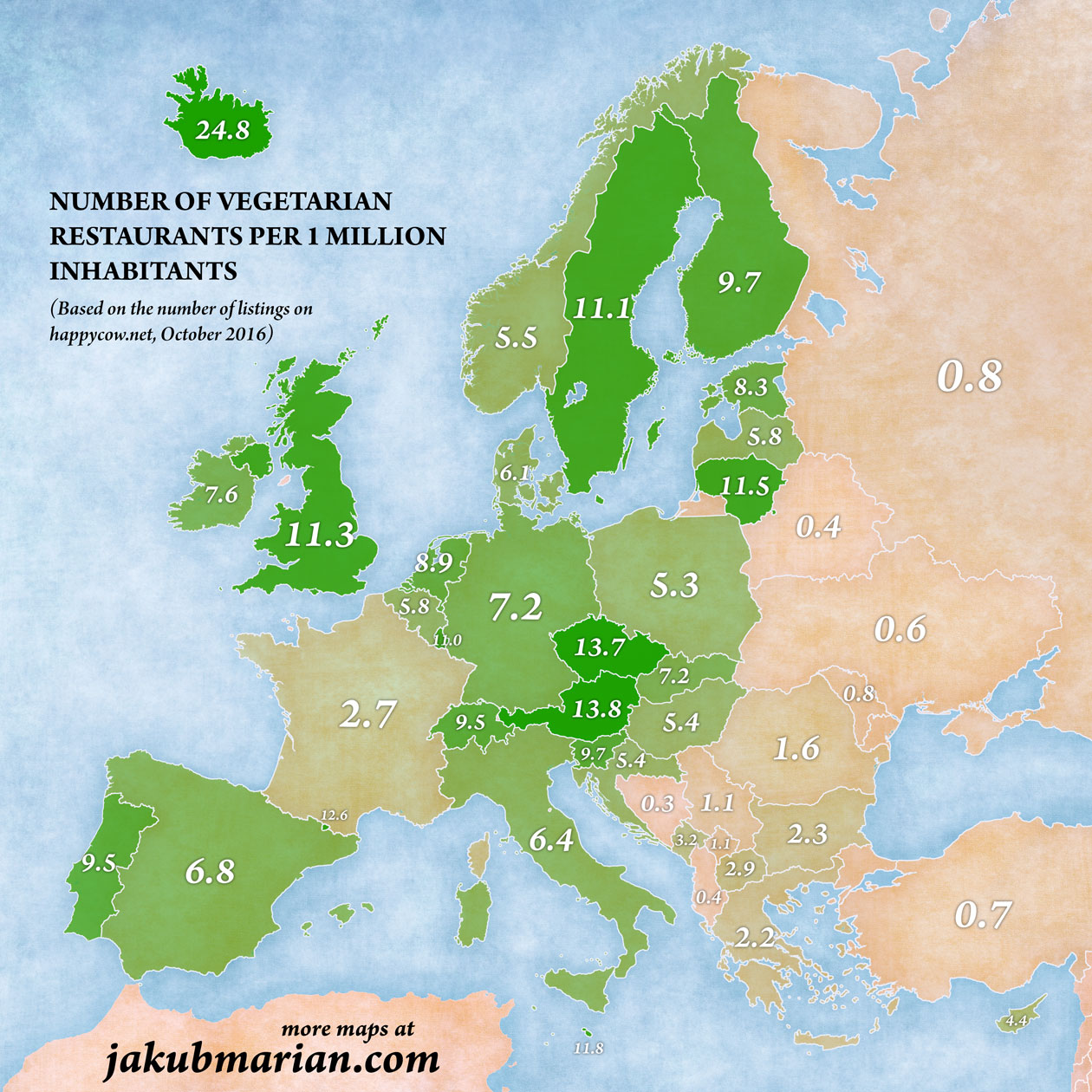