“March”, the English name of the third month of the year, comes from “Mars”, the name of the Roman god of war (the Latin name of the month was martius, meaning “of Mars”). The corresponding names in other European languages are also mostly derived from “Mars”—they are represented by a red background in the following map: 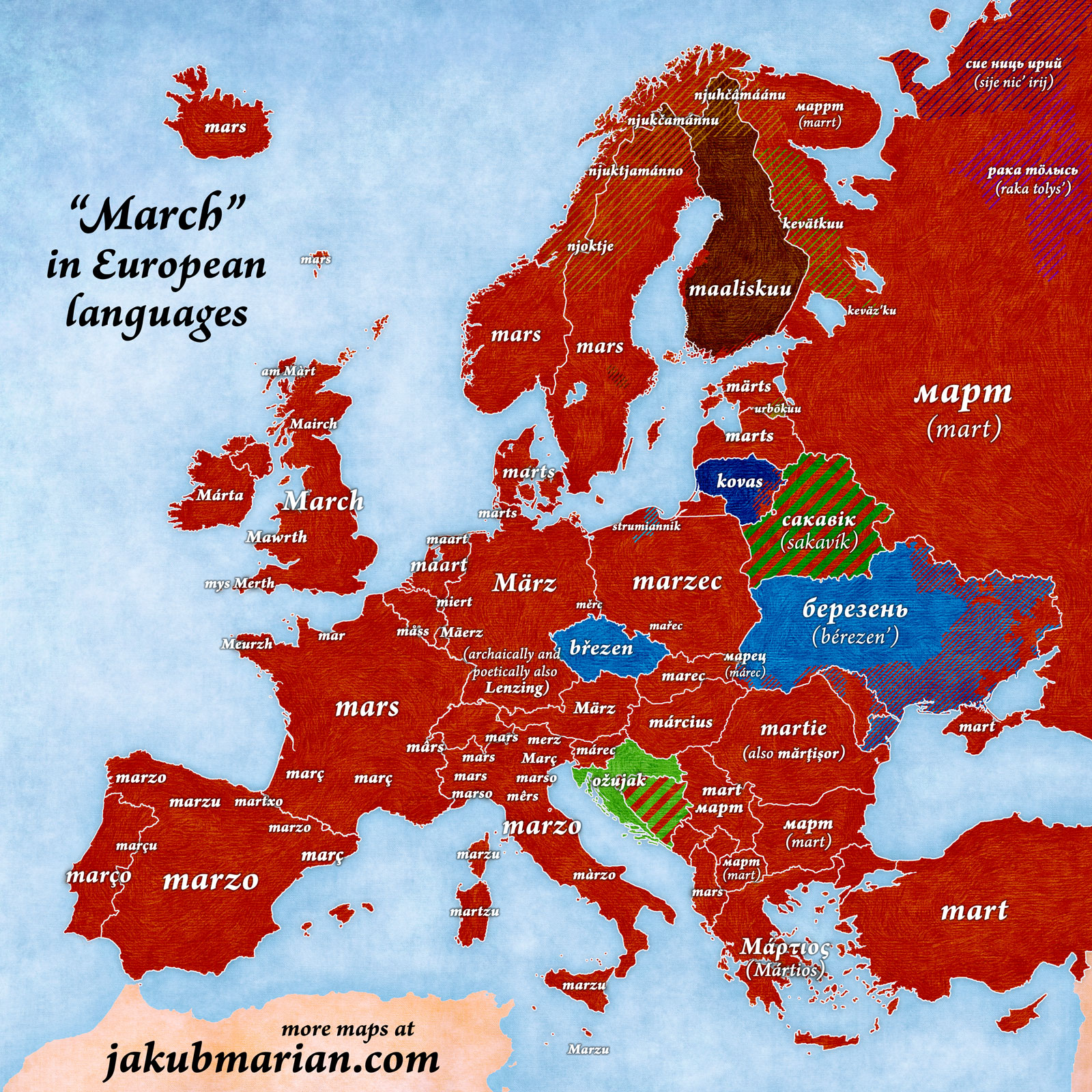 Other etymologies (corresponding to other colours) are as follows: Czech březen and Ukrainian bérezen’ are likely derived from the Slavic name of the birch tree (bříza in Czech and béreza in Ukrainian). Croatian ožujak is probably derived from the word laž (“a lie”) via lžujak (“a lying [month]“), referring to frequent weather changes. Belarusian sakavík is derived from sok, “juice” or “sap”, because trees start to give sap.

Finnish maaliskuu is believed to come from the word maallinen in the sense of “earthly”, because snow begins to melt and first spots of bare earth can be seen. Lithuanian kovas may be derived from the noun kovas, referring to a species of bird called “rook” in English, or the noun kova, meaning “fight, struggle”.