The month of May is named after Maia, the Roman goddess of growth (her name was thought to be related to the Latin word maior, “larger, greater”, and comes possibly from Proto-Indo-European *magya, “she who is great”). Words based on the same root are shown on red background on the map below: 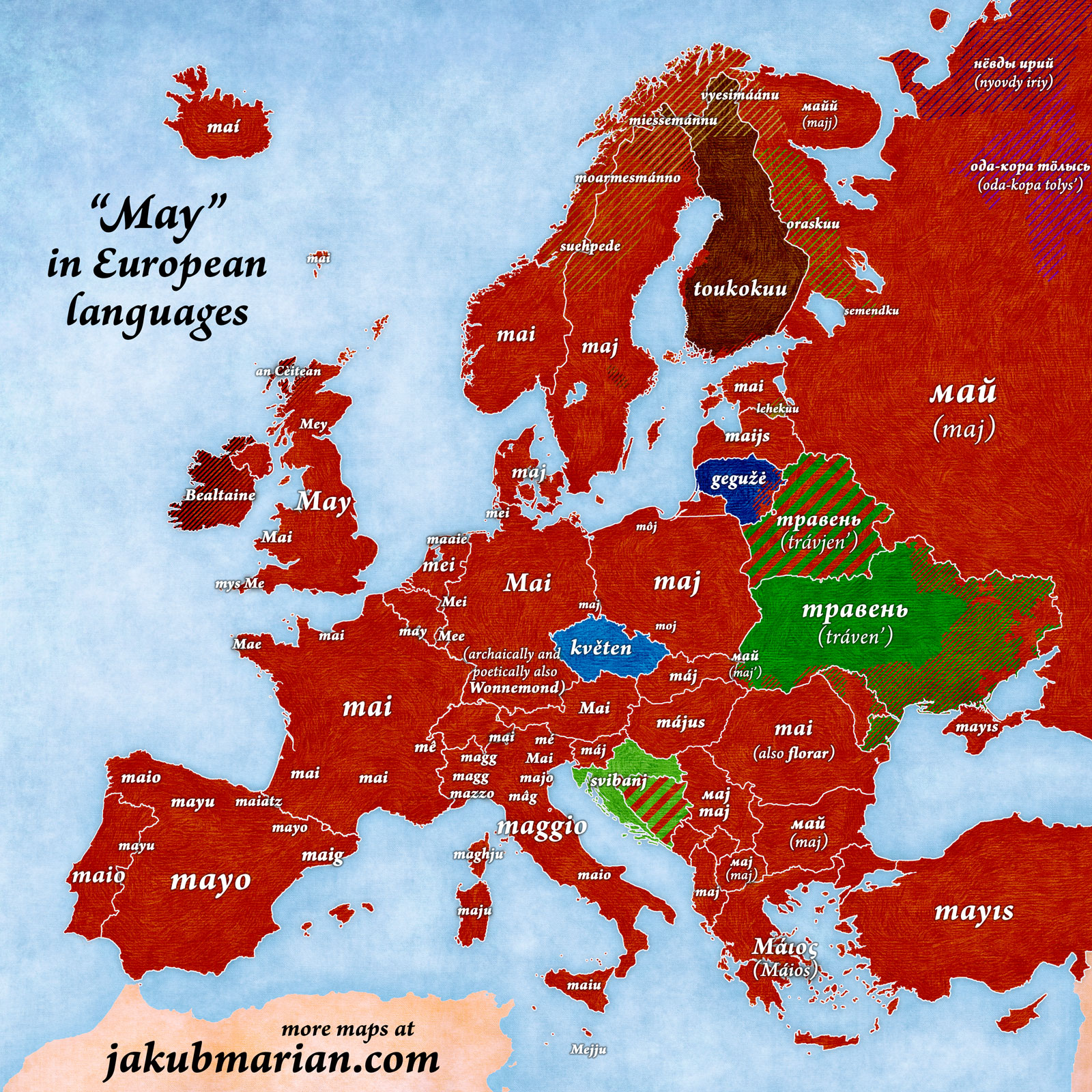 Ukrainian and Belarusian tráven’ are derived from a Slavic word for “grass”. They are both related to Croatian travanj which, however, means “April”, not “May”. Czech květen is derived from květ, “flower, blossom” (and, to make matters worse, the same word in Polish and Ukrainian means “April”). Croatian svibanj is named after sviba, “dogwood”, which is a type of tree blossoming in May. In Lithuanian, gegužė is a cuckoo bird.

Irish Bealtaine and Scottish Gaelic Cèitean both refer to a Celtic festival of Beltane. It is believed that the Irish version comes from Proto-Celtic *belo-te(p)niâ, “bright fire”, while the Scottish Gaelic version means “first month of summer”.