The following map shows the standardized death rate due to cardiovascular diseases in European statistical regions (NUTS 2) and is based on data by Eurostat. The value of standardized death rate differs from the crude death rate in that the numbers are normalized with respect to the average population pyramid of the EU, which makes comparisons between regions easier. Thus, red colour does not necessarily indicate that more people die due to cardiovascular disease than in the green regions but rather that they tend to die younger. 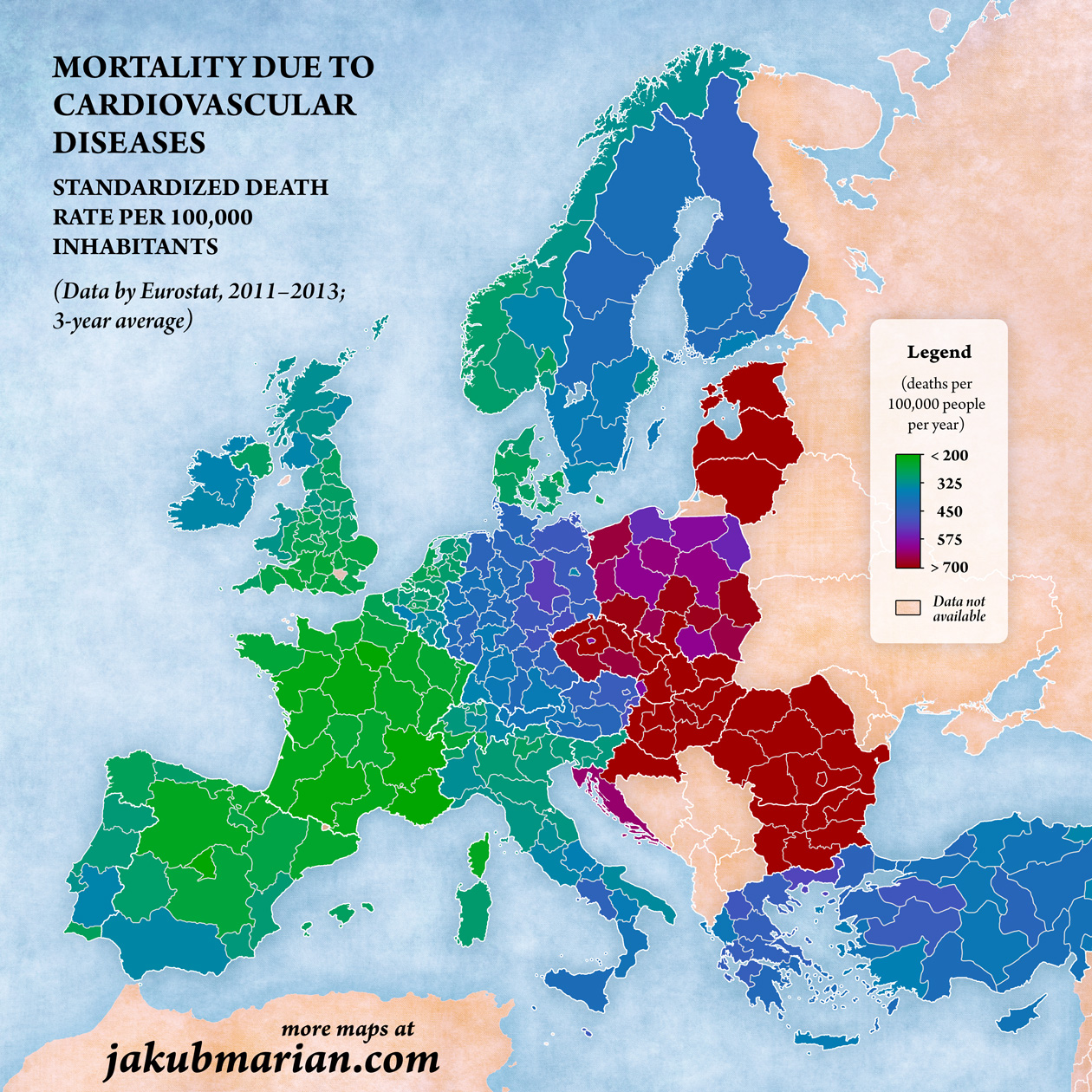 The colouring scheme used in the map does not allow us to see the magnitude of differences in Eastern Europe, which is why it is shown separately (together with Baltic countries) in the following map. The data are the same as in the map above, but the values (and the corresponding colouring) range from 540 deaths per 100,000 people, which is the lowest value in Poland, to 1250, which is the highest value in Bulgaria. 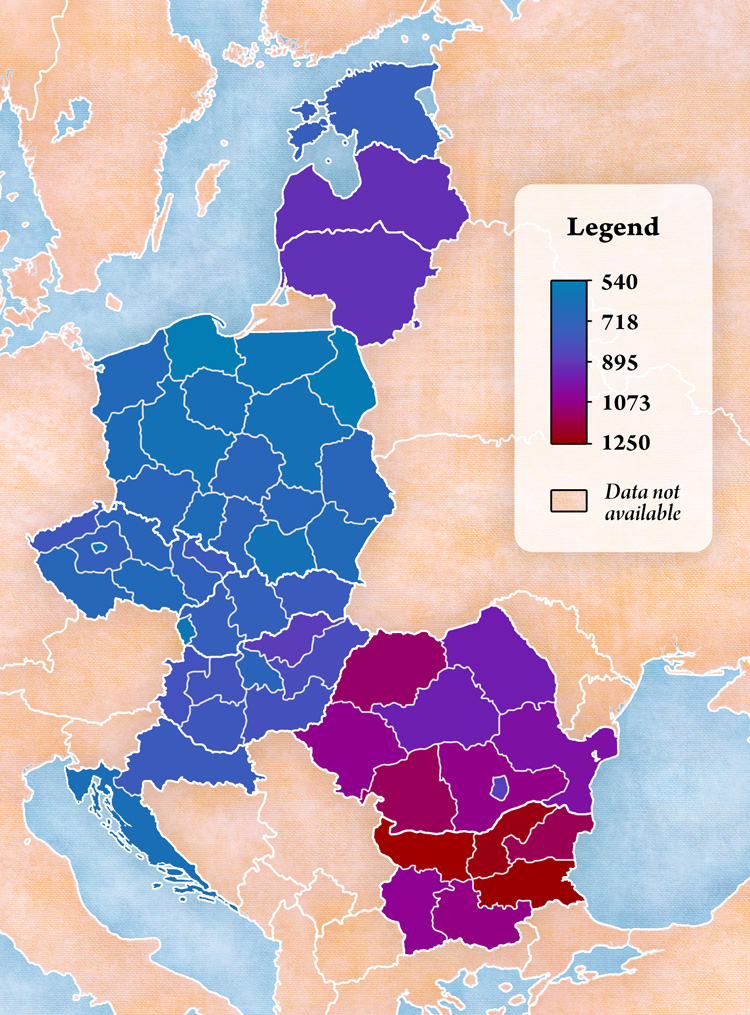