English is the most widely studied foreign language in all European countries (which should not be surprising) except Luxembourg, but what is the second most studied language? This is exactly what the following map (based on data by Eurostat) shows: 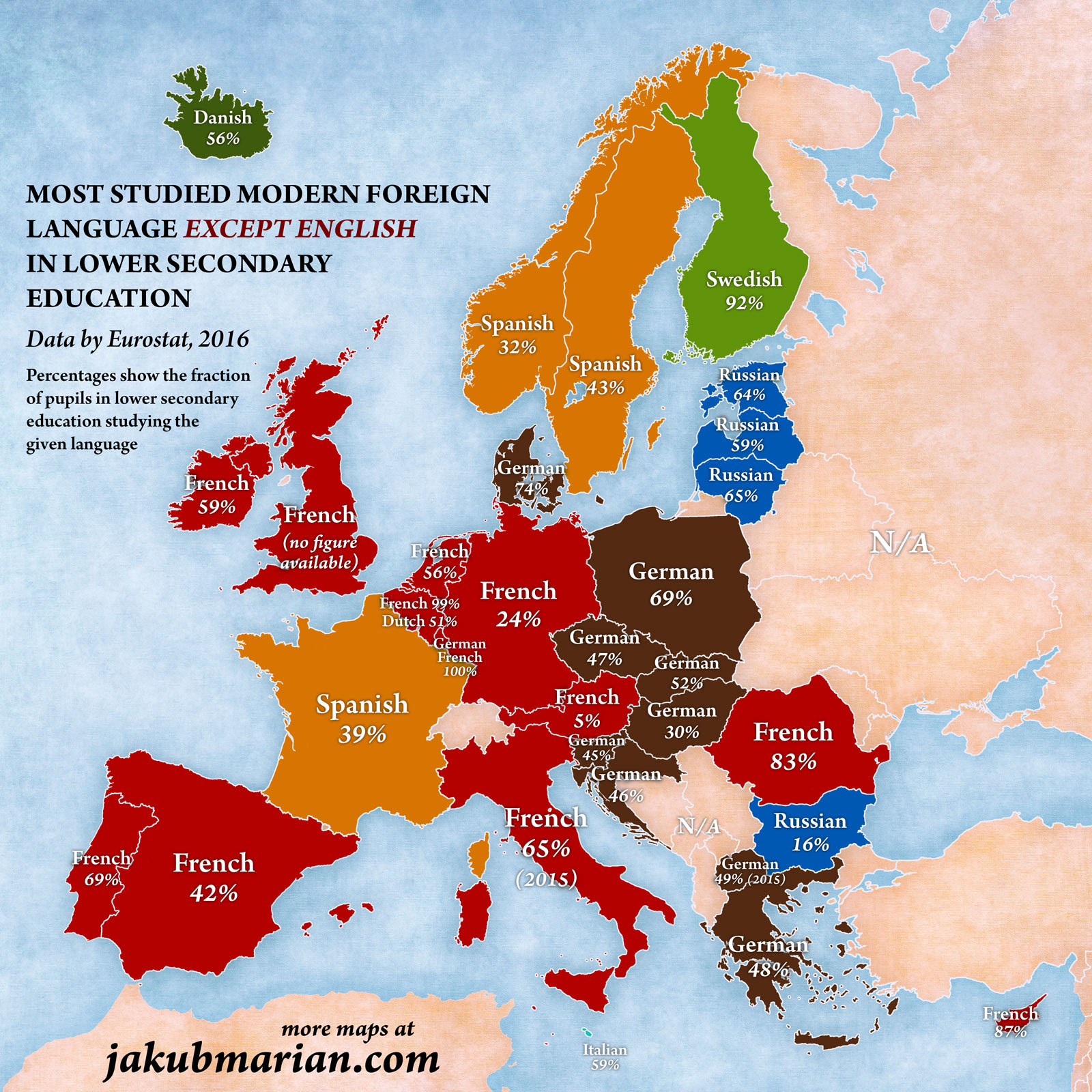 In Luxembourg, French and German are both studied by all pupils in lower secondary education (most of whom are native speakers of Luxembourgish), followed by English, studied by 59% of pupils.

The map shows a few surprising facts. Spanish is more popular among pupils in Sweden and Norway than German (which is the third most commonly studied language there). Studying Danish (or, rarely, another Scandinavian language) is mandatory for Icelandic pupils. In Finland, both Finnish and Swedish are compulsory subjects in school, with the exception of children who speak neither of the two languages as their mother tongue. Learning a second foreign language seems to be rare in Austria, where less than 9% of pupils in lower secondary education study any language other than English.