The map below shows the beginning of the national anthem of each European country (except for several microstates) translated into English (I tried to include a whole sentence whenever possible, but sometimes I was able to fit only a few words into the map): 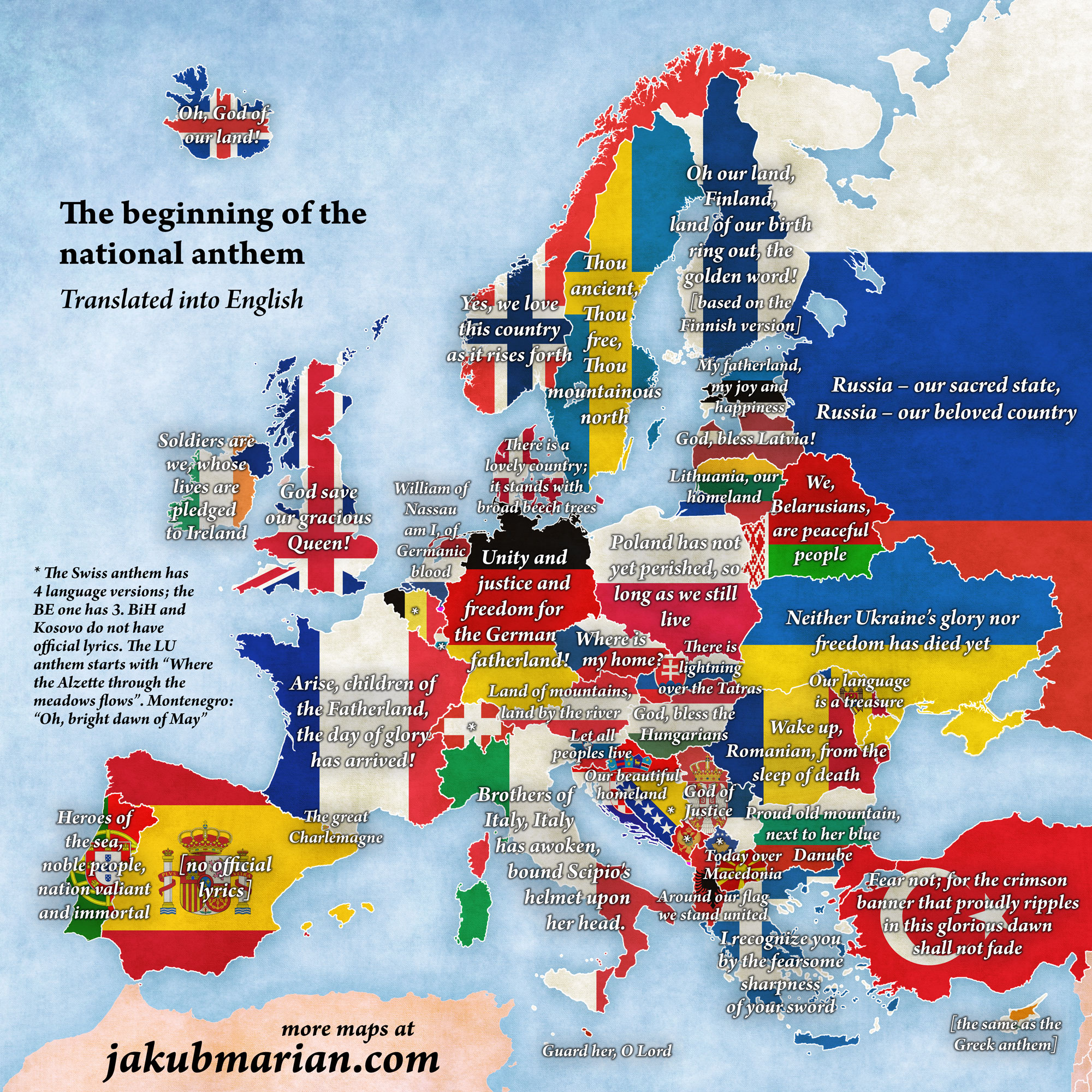 Here are the multilingual anthems that are not mentioned in the map: Switzerland: “When in morning-red you come from there, I see you in an ocean of light” (German), “On our mountains, when the the sun announces a shiny awakening” (French), “When bright dawn gilds the morning” (Italian), “In the dawn of tomorrow the human being greets you” (Romansh).

Denmark is one of only two countries in the world (the other being New Zealand) that have two official national anthems. The text shown on the map corresponds to the civil anthem of Denmark. The royal and military anthem starts with “King Christian stood by the lofty mast”.

There are a few odd things to notice. Spain, Bosnia and Herzegovina, Kosovo, and San Marino are the only countries in the world that have an anthem without official lyrics.

The Dutch anthem literally refers to “German blood”, but it is important to understand the historical context. The original lyrics were composed in the 16th century, when the Netherlands was part of the Holy Roman Empire, and the expression refers to the Germanic peoples of the empire (which included the Dutch people), not to Germany in the modern sense of the word.

Note that countries with several official languages have several language versions of the national anthem, which may be different.