The Roman calendar started in March, not January, making November the ninth month of the year—hence the name, from Latin novem, “nine”. Names originating from the Latin word are shown on a red background on the map below (other etymologies are explained below the map): 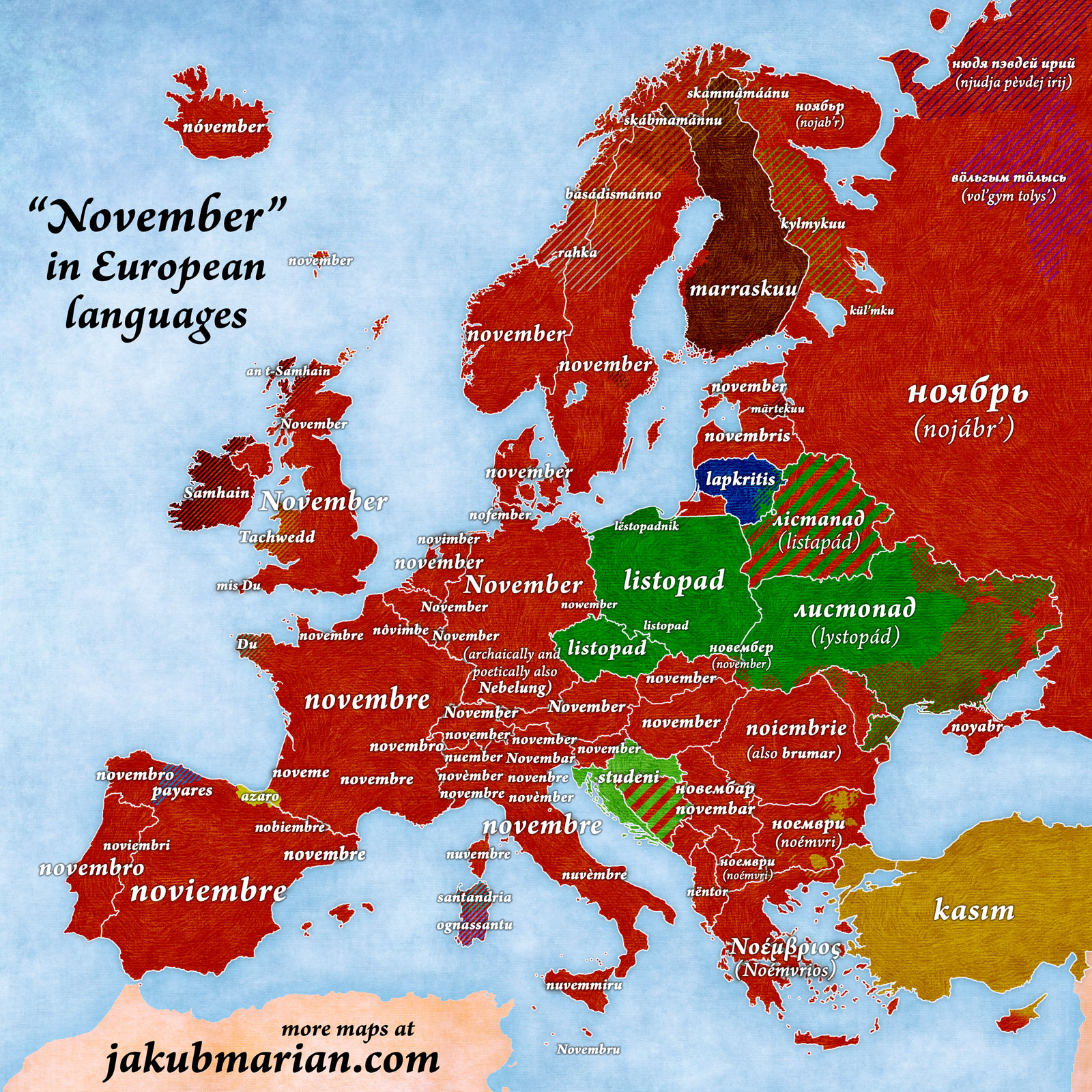 Polish and Czech listopad, as well as similar names in Ukrainian, Belarusian, and Kashubian, derive from list (“leaf”) and pad (“fall”). Lithuanian lapkritis also means “leaf-fall” (from lapas, “leaf”, and kristi, “to fall”), but the word itself is not etymologically related to its Slavic counterpart. Croatian studeni is based on a common Slavic root meaning “cold”.

Welsh Tachwedd means “slaughtering”. Irish and Scottish Gaelic Samhain is the name of a Celtic festival that was the predecessor of modern-day Halloween. The name itself derives either from Proto-Indo-European *sam (“together”) or from Proto-Celtic *samo- (“summer”). Breton and Cornish Du are derived from du, “black”.

Asturian payares derives from paya, “straw”. Sardinian ognassantu means “All Saints”, referring to a Christian holiday celebrated on the 1st of November, and santandria (or Sant’Andria) is derived from the Sardinian name of Andrew the Apostle.

Albanian nëntor is derived from the Latin name by replacing novem with nënt(ë) (“nine” in Albanian), which, however, ultimately comes from the same Proto-Indo-European root as novem.

Turkish kasım comes from an Arabic word meaning “divider”, referring to the beginning of winter. Basque azaro is derived from az, which refers to breeding or growing.