The American magazine Forbes regularly compiles a list of the world’s highest net-worth individuals. As a European who has a thing for statistics, I was interested to see how many of these people live here. 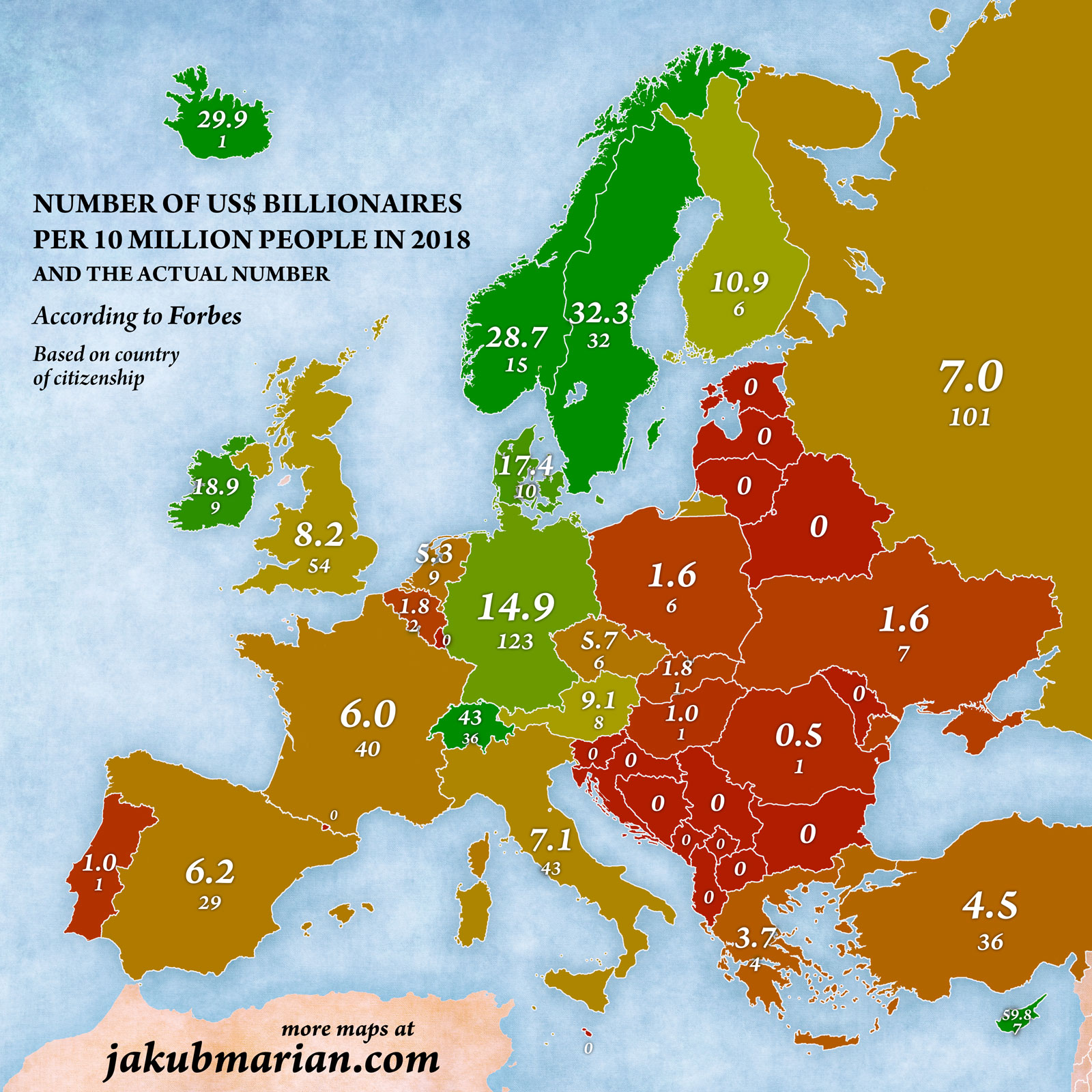 Luxembourg, surprisingly, does not have any billionaires. Even though there were 17 billionaires resident in Luxembourg in 2014, none of them is, apparently, a Luxembourgish citizen.