The Summer Olympic Games are over, and we will have to wait another 4 years to see Olympic athletes compete in the same sports again. In the meantime, we can celebrate the message of the IOC president Thomas Bach, who said that “in this Olympic world, we are all equal”, by finding out who was more equal than others!

And what would be a better way to measure equality than by comparing how many gold medals different countries won. The following map shows the total number of gold medals won by country in Europe. (For comparison, the numbers for other top countries are: United States: 46; China: 26; Japan: 12; South Korea: 9; Australia: 8; Brazil: 7.) 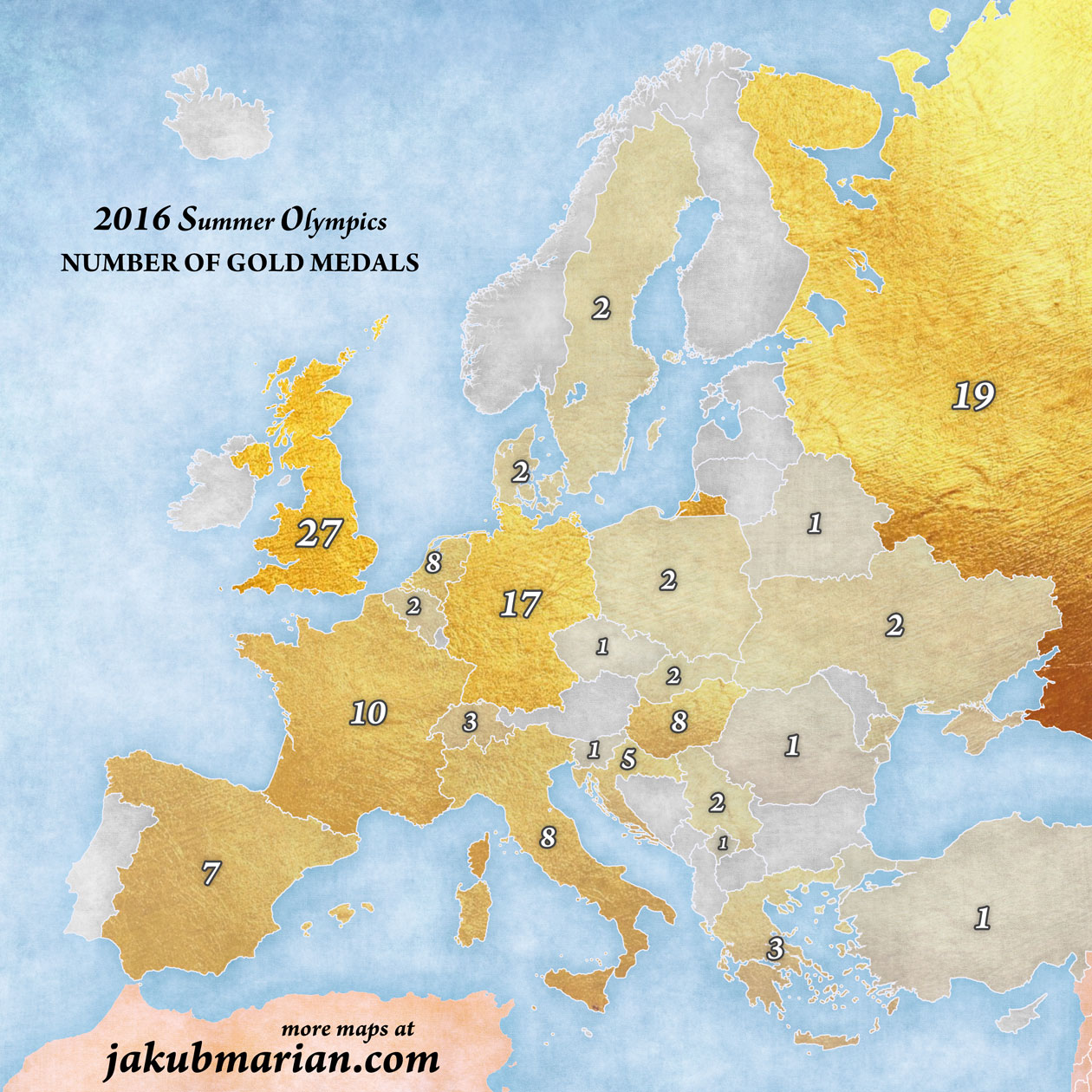 However, I feel that the number itself does not tell the whole story. As expected, larger countries generally fare better than smaller countries, simply because they have more athletes to chose from.

To take that into account, I calculated the number of gold medals per capita (which seems to be a reasonable measure of success). It turns out that the most golden country per capita (in Europe) is Croatia with 11.8 gold medals per 10 million people (but the number itself is somewhat misleading, since Croatia has only slightly over 4 million inhabitants, so the “per 10 million” figure is larger than the actual number of gold medals): Again, for comparison, the numbers for other top countries are: United States: 1.4; China: 0.2; Japan: 0.9; South Korea: 1.8; Australia: 3.5; Brazil: 0.4, which shows that while the United States is the most successful nation in terms of the total number of gold medals won, it fares significantly worse than many European countries in per-capita figures.