Learning foreign languages is an important part of secondary education in Europe. One could argue that it should be enough to just learn English (which is the language most Europeans resort to when communicating with someone from another country), but this couldn’t be further from the truth.

I personally believe that a high level of proficiency in at least the three most commonly spoken languages in Europe—English, German, and French—is one of the key factors for economic success for smaller European countries because knowledge of foreign languages attracts foreign investment and allows the citizens to improve their skills by studying abroad, but that would be a topic for a separate article.

In this article, we will take a look at two maps showing how many languages European pupils learn in secondary education. Students typically enter secondary education at the age of 12, after 5 years of primary education (but the details may differ from country to country). Secondary education is characterized, among others, by a transition towards a more subject-oriented curriculum, where each subject is taught by a different teacher. This is where the bulk of language education happens. 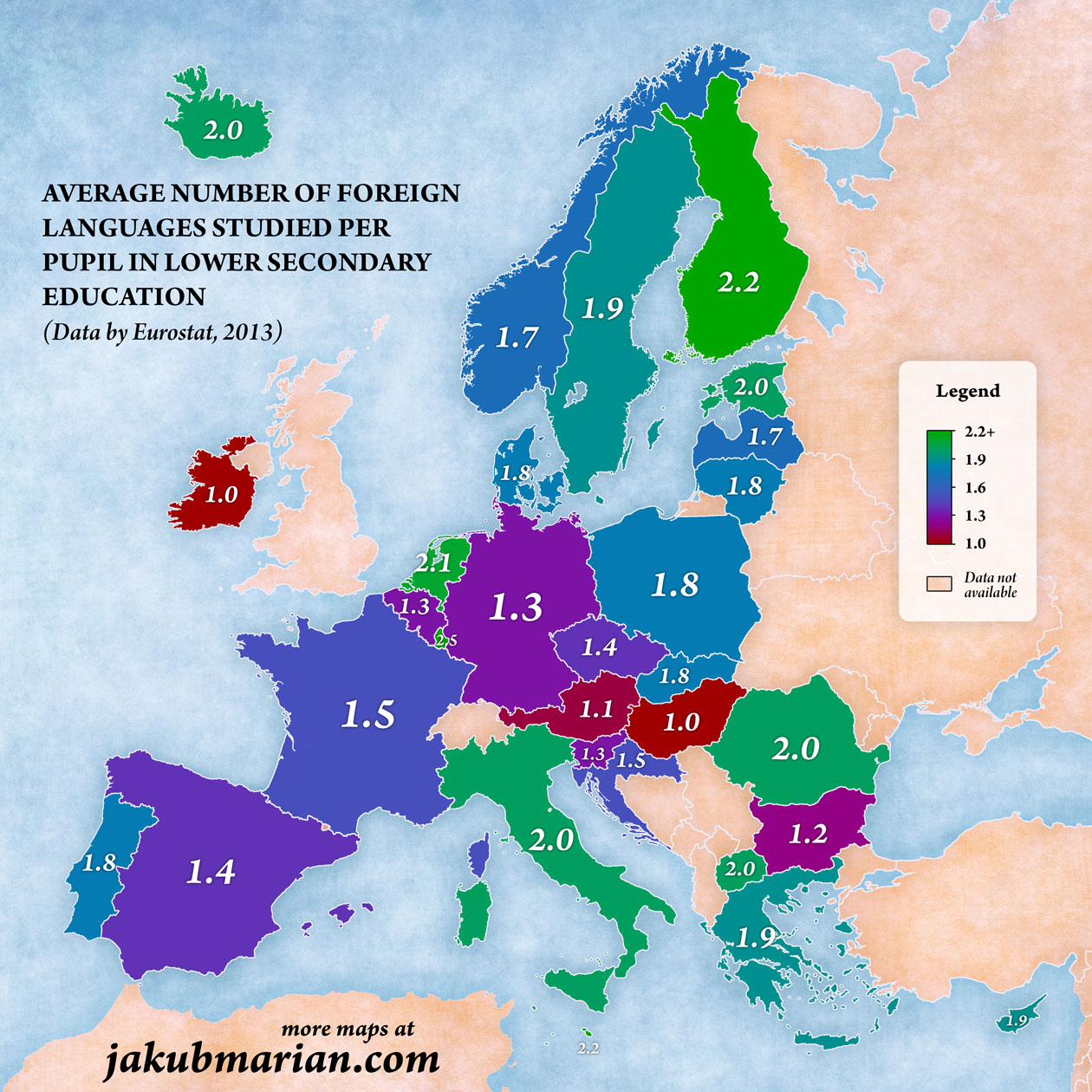 Unfortunately, for some reason, there is no value available for the United Kingdom in the data provided by Eurostat. As you can see, the differences are huge. Children in Luxembourg learn 2.5 foreign languages on average (i.e. 3.5 languages overall) in compulsory education, whereas children in Hungary learn just 1 foreign language, the lowest rate in Europe. Considering that Hungarian is not mutually intelligible with any other European language, this is a very worrying trend for Hungary.

It should be noted that the figure for Ireland provided by Eurostat does not represent its linguistic situation very well. Irish is not considered a foreign language in the statistics for Ireland (presumably because it is not a national language of any foreign country) but it is usually a compulsory subject in Irish secondary schools. The real average number of languages studied there is therefore closer to 2, but the fact still remains that Irish children learn only 1 non-native language useful in international communication.

Many of the figures change quite drastically after the transition to general upper secondary education (excluding vocational schools), which is usually not compulsory, as the map below shows: 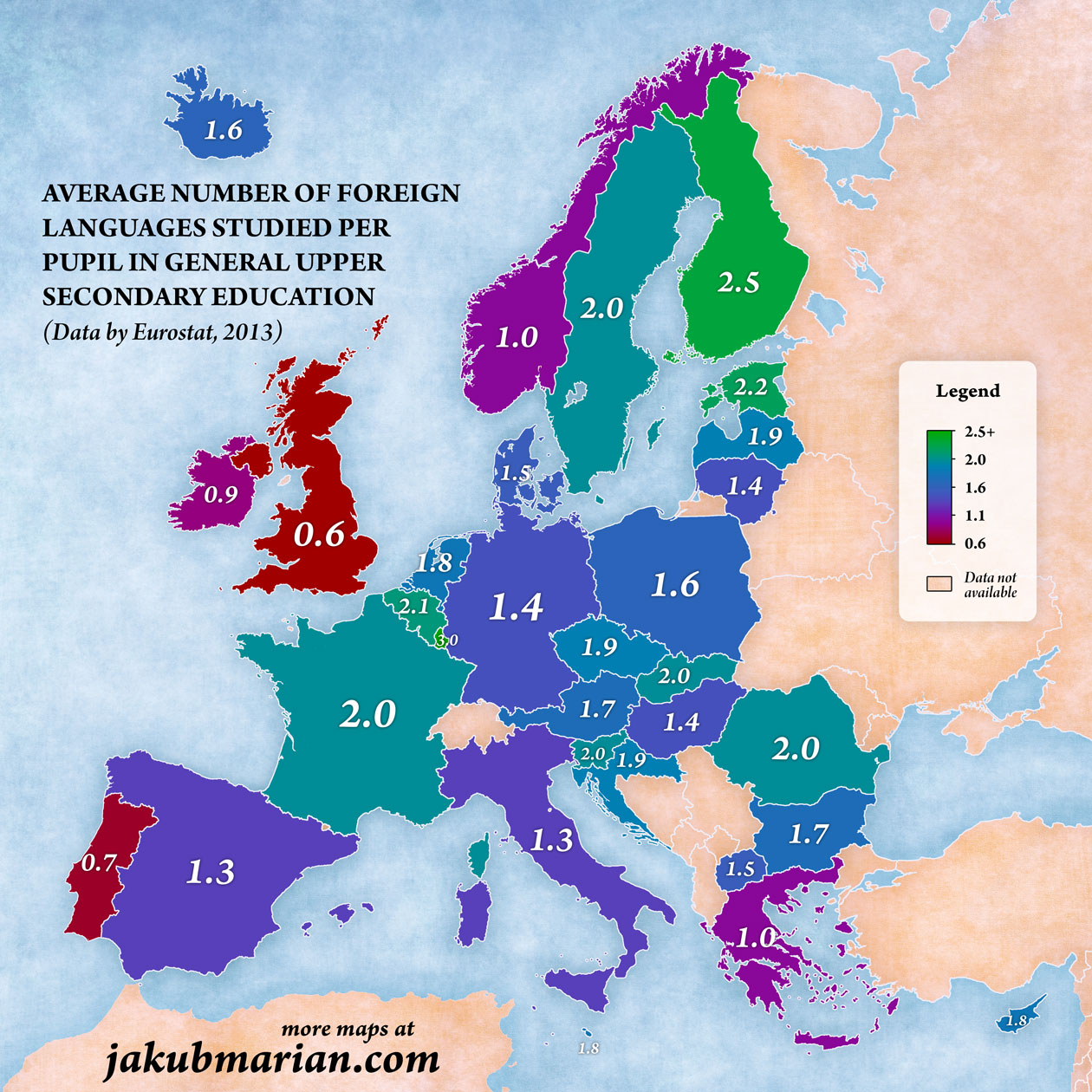 I believe these figures are more representative of the real linguistic situation among educated young people in each country; 4 years of lower secondary education are not enough to achieve proficiency in a foreign language.

There are some surprising differences between the two maps. The figures tend to be relatively similar in most cases, but there is a significant drop in the case of Italy and Portugal and a large increase in the case of Belgium. The situation in Portugal is especially worrying, as it is the only non-English-speaking EU country where less than 1 foreign language per pupil is studied at this level.