It is no secret that the United States has the largest number of guns of all developed countries, with some estimates stating there are in fact more guns than people in the US (the source used in this article gives a somewhat more conservative estimate of 0.89 guns per capita). But which country is “the US of Europe” when it comes to guns?

Somewhat paradoxically, it turns out to be Switzerland, a country that has never waged war in its modern history. According to this table by The Washington Post (which serves as the basis for the the following map), the Swiss have, on average, almost half a gun each (0.46 guns per capita) and are closely followed by the Finns and Serbs.

However, all of the figures below should be taken with a big pinch of salt. Since all numbers are based on estimates (because some countries don’t require registration of guns, and there are many unregistered guns even in those that do), different sources give vastly different values, and some of the data may be outdated. 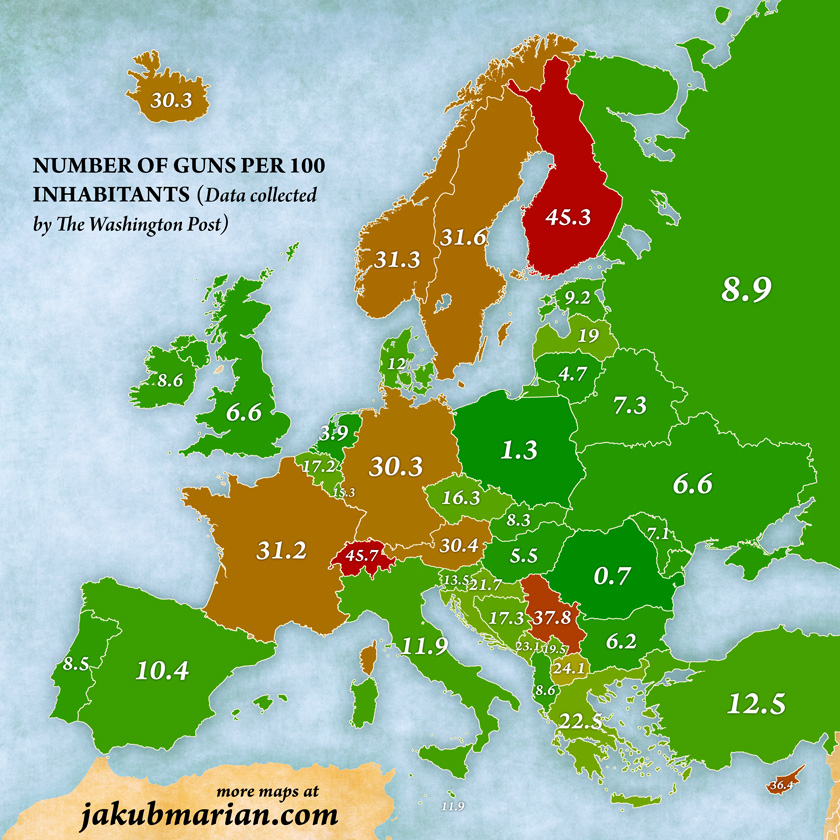