A public holiday, also called national holiday or legal holiday, is a special holiday established by each country’s (or autonomous region’s) law. Public holidays are usually non-working but paid, which means that they serve as additional paid holidays with dates fixed by law. Alternatively, workers usually receive a higher hourly wage if they work during a public holiday.

One notable exception is the United Kingdom, where observing public holidays is not obligatory for employers, and employees are not entitled to an enhanced pay rate. This is partially compensated by the fact that British workers are entitled to 28 days of annual leave, which is more than in any other European country (except Estonia, which also provides 28 days of annual leave), and when an employer observes a public holiday, it counts towards the minimum. While most employers do, it is not required by law.

Correction: One of my readers pointed out that the Spanish part of the map was incorrect. What happens in Spain is that, although different autonomous communities observe different numbers of holidays, only some communities get a substitute holiday when a holiday falls on a Sunday, in such a way that the total number is uniform across all communities. 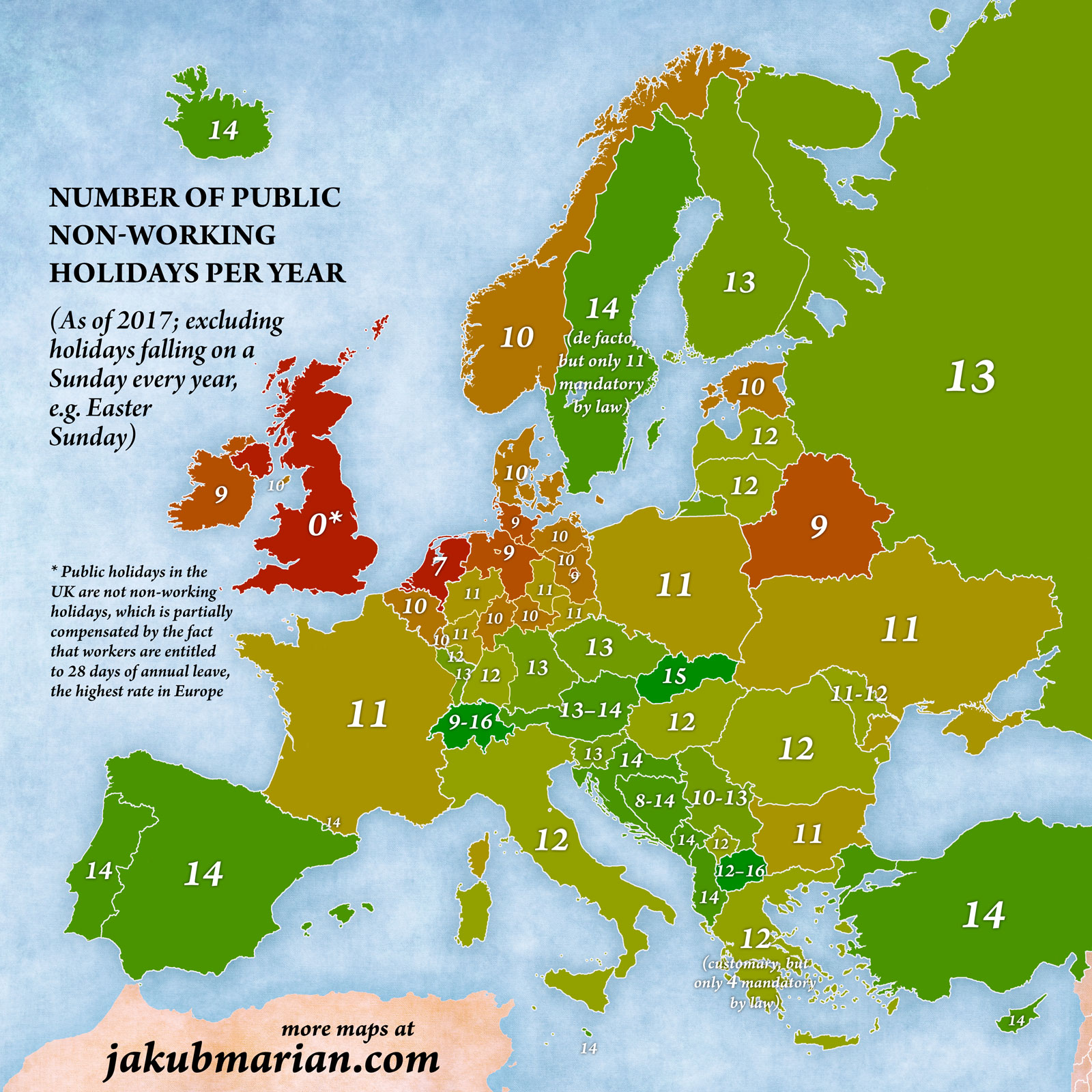