In the Roman calendar, the year began with March, not January, so October was the eighth month of the year—hence the Latin name october, from octo, “eight”. Words sharing the same etymology are shown on a red background on the map below (other etymologies are explained below the map): 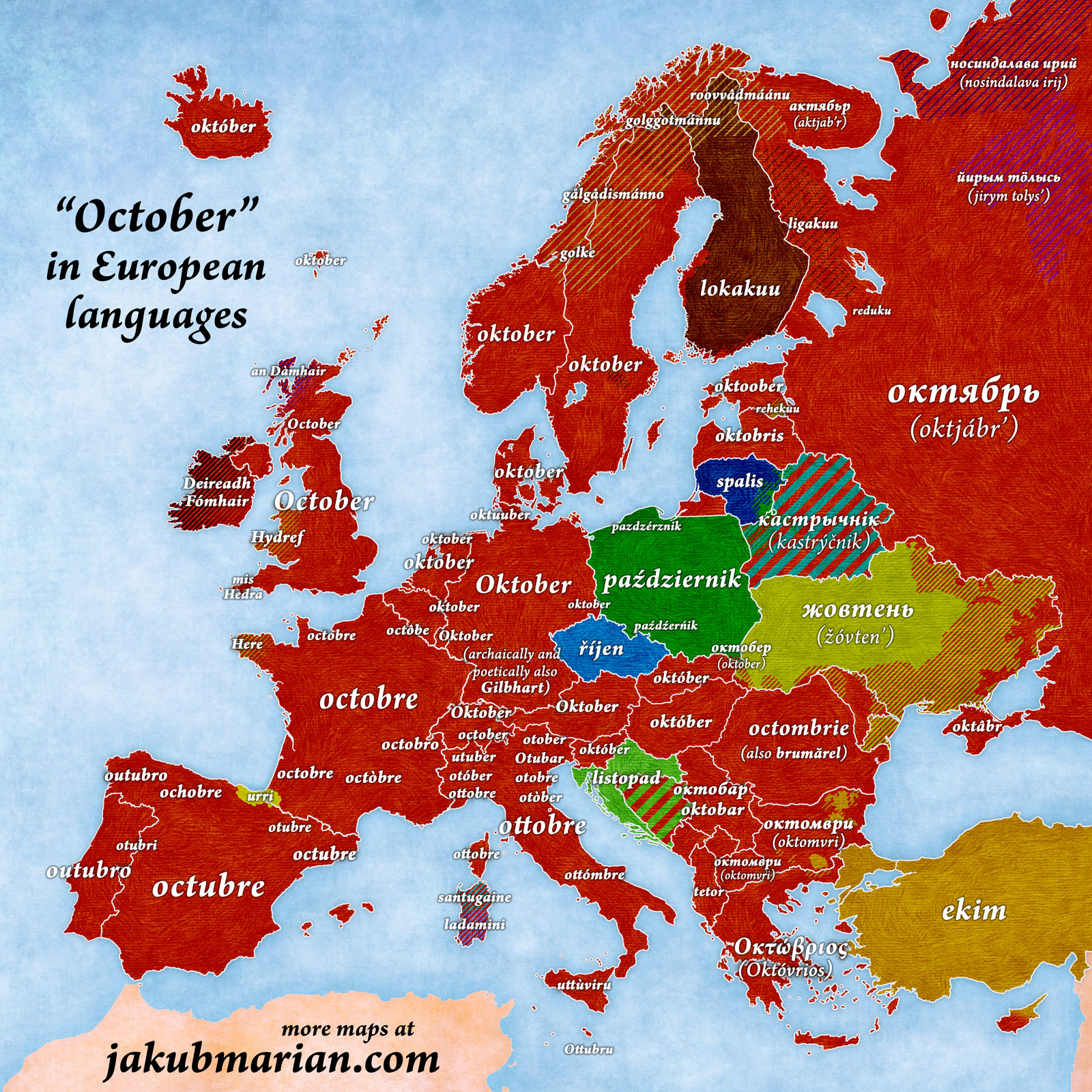 Turkish ekim means “sowing”. Albanian tetor is derived from the Latin name by replacing octo with tet(ë) (“eight” in Albanian), which, however, ultimately comes from the same Proto-Indo-European root as octo.

Sardinian santugaine (sometimes also spelled Santu Gaine or Santu ‘Aine) is derived from the name of Saint Gavinus, a Sardinian martyr; ladamini comes ultimately from Latin laetāmen (“dung, manure”) because October used to be the month of fertilization of fields.