The language situation in South and Central America may seem simple—Brazilians speak Portuguese, and the rest speaks Spanish, right?

Not so fast. The situation in South America is quite complex, even at the official level. The following map shows the official language(s) for each South and Central American country (or territory, if a language is co-official at regional level): 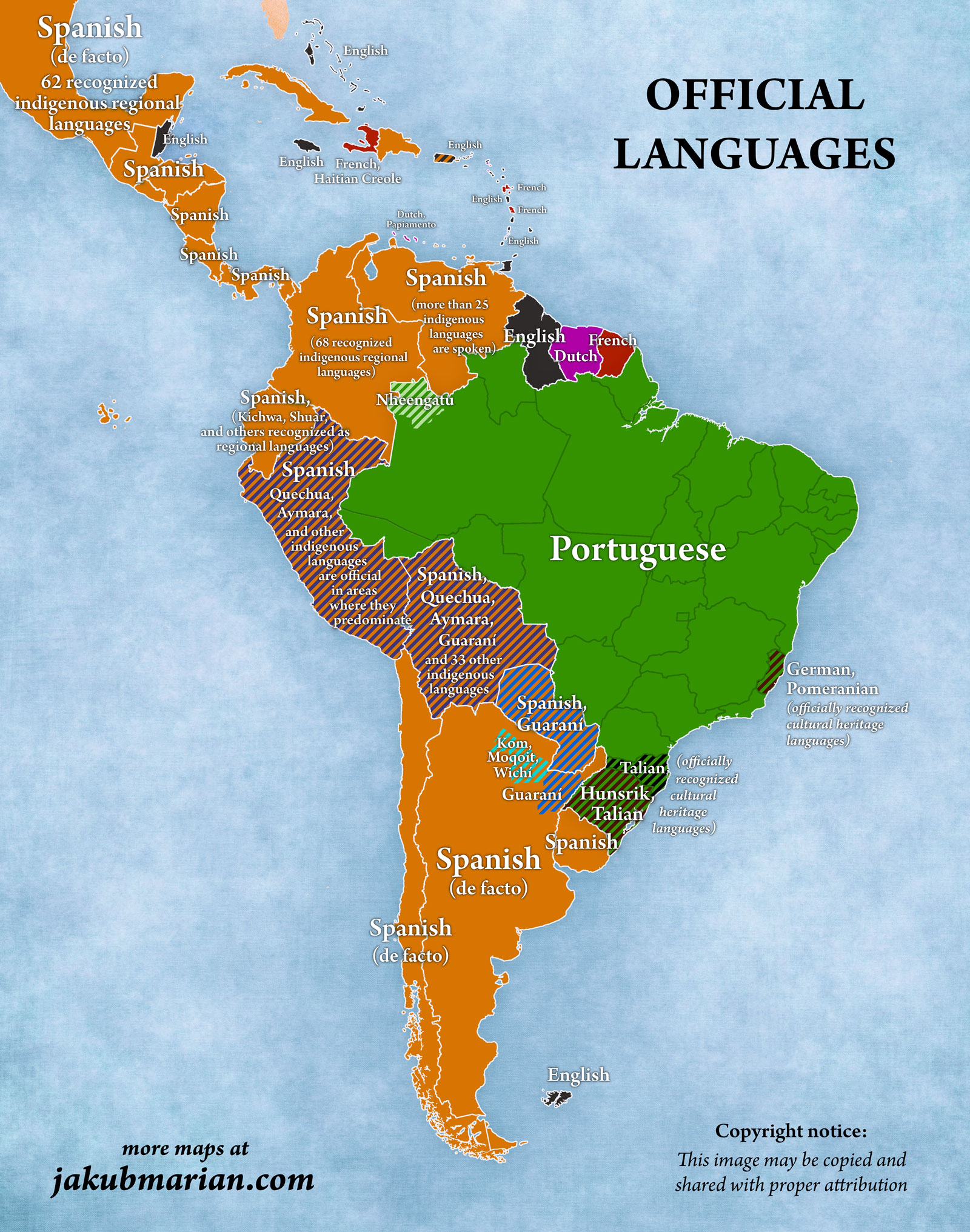 It should be noted that Hunsrik and Pomeranian (more precisely East Pomeranian) are varieties of German (or they can be classified as closely related Germanic languages). Talian, also called Brazilian Venetian, is a dialect of the Venetian language spoken in Italy. Of course, none of these languages is indigenous to South America.