The map below, based on data by Eurostat, shows the number of victims killed in a road accident in 2016. This, of course, includes not just car drivers and passengers but also pedestrians (around 17% of victims) and cyclists (around 6%): 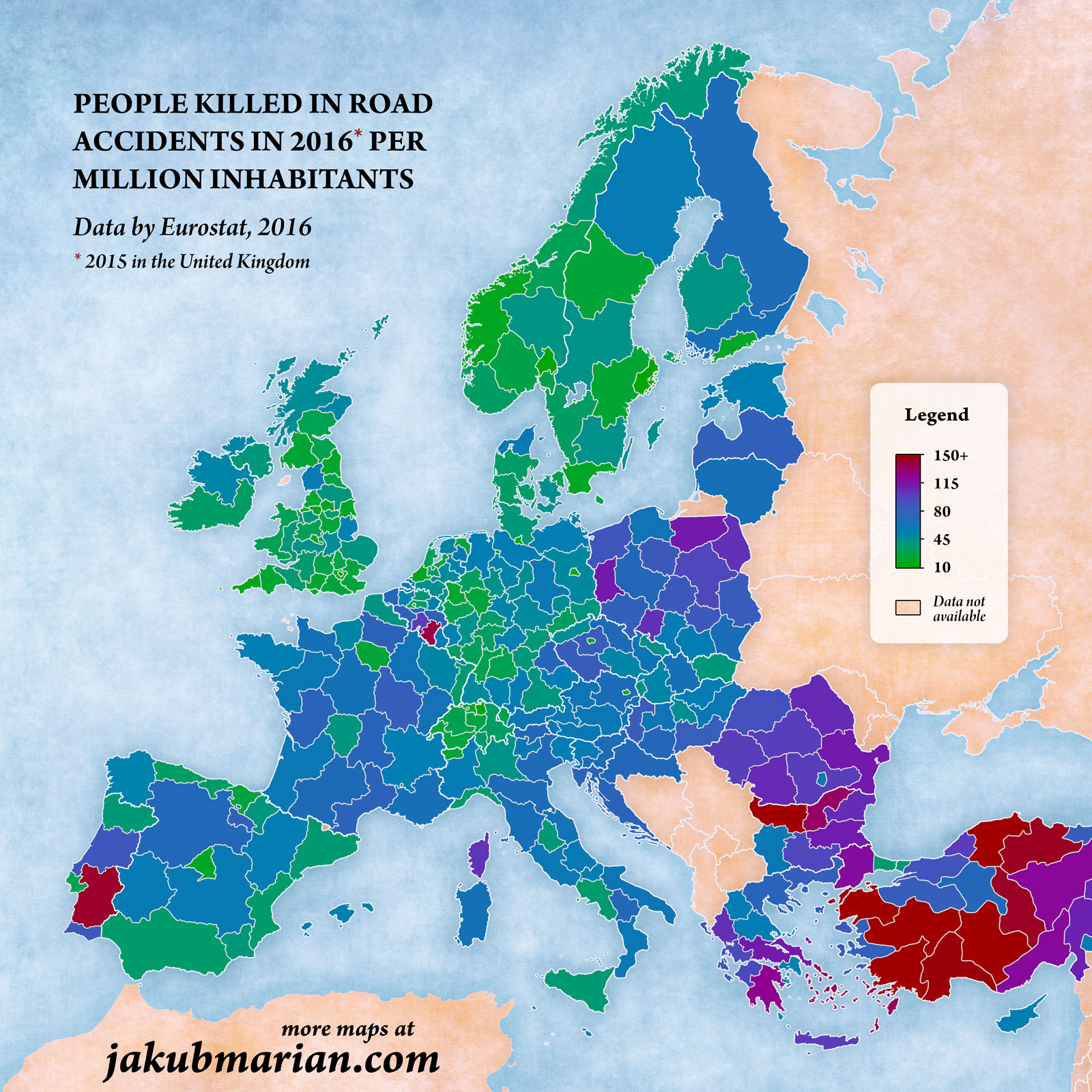 The most dangerous roads in 2016 (excluding the non-European Turkish regions shown on the map) were in:

This is not just a random deviation; these regions have had a fairly high mortality rate (significantly higher than the rest of the respective countries) due to road accidents for several years. It should be noted, though, that the statistics do not take the region of origin of the victims into account, so disproportionately more deaths will be recorded in sparsely populated regions containing highways that connect other regions.

As a general trend, the map shows that fatal traffic accidents tend to be significantly less common in large cities than in the countryside. This is likely due to the differences in speed on different types of roads (traffic in cities tends to be slower).