The following map (based on data by Eurostat from 2012) shows the percentages of pupils in general (non-vocational) upper secondary education who learn French in European countries: 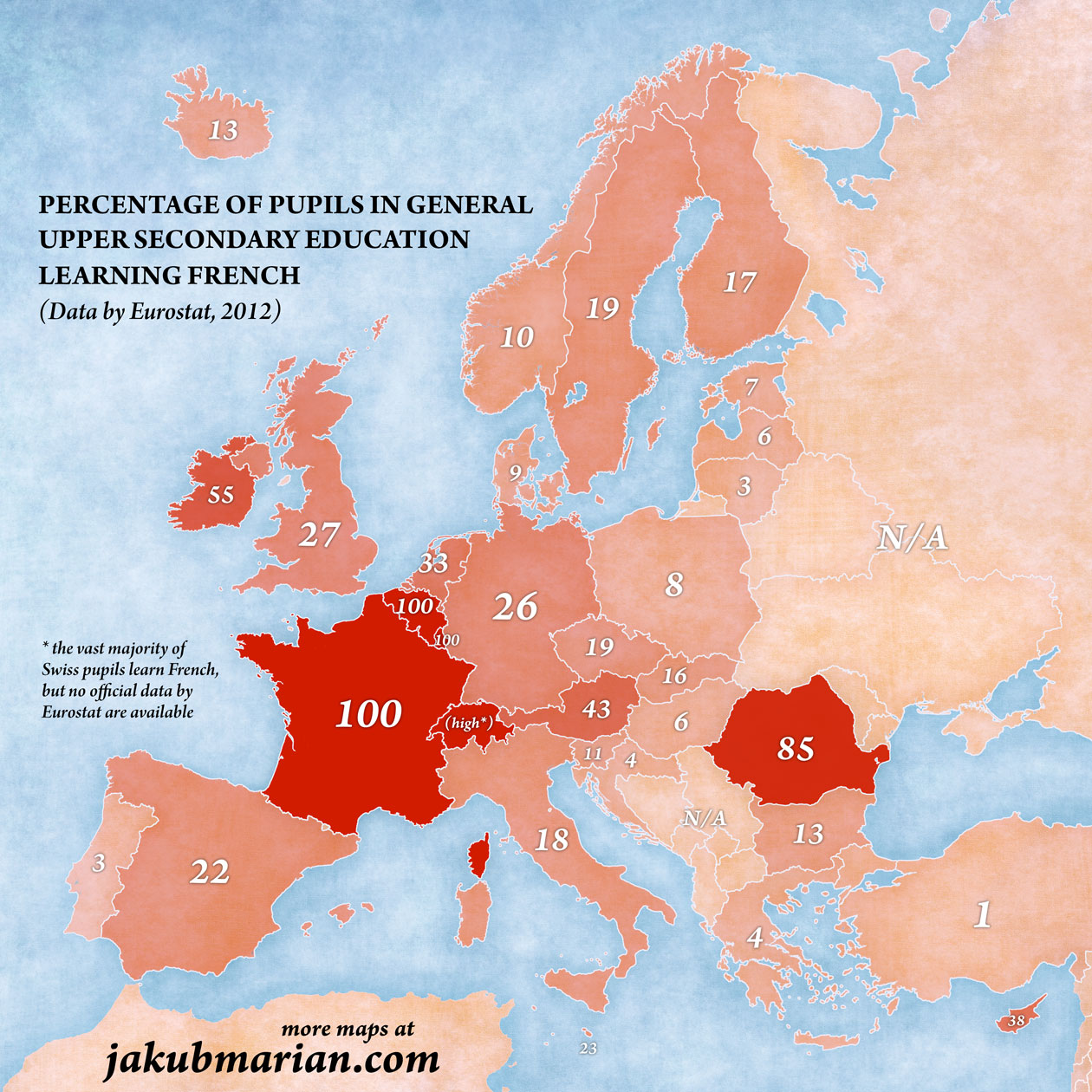 I believe it is safe to call Luxembourg the Champion in learning French. Even though Luxembourgish, the native language of most Luxemburgers, is a Germanic language, virtually all Luxembourgers are also fluent in French, and all pupils learn French in school.

In Belgium, French is the native language of about 36% of the population, but it is also studied as a second language in non-French-speaking regions.

In Switzerland, about 23% of the population speak French natively, and most pupils in German and Italian-speaking regions of Switzerland learn French as a second language. However, Eurostat does not provide any data on actual percentages, and since some pupils choose Italian over French as one of the languages they learn, I simply show the figure for Switzerland as “high” in the map (rather than N/A).

Finally, readers not familiar with the linguistic situation in Europe may be surprised by the isolated large percentage in Romania. This is caused by the fact that Romanian, just like French, is a Romance language, so French is the easiest major world language for Romanians to learn. French is also likely studied by a majority of pupils in Moldova, where Romanian is the most common native language, but Eurostat, unfortunately, does not provide any data for Moldova.