Being a researcher is probably one of the least mundane jobs in the world, but not everyone can become one, and most people choose a different career path anyway—so why should you care?

Researchers form an important pillar of society, creating long-term value upon which entrepreneurs as well as the public sector can build. The following map, based on Eurostat data, shows the percentage of employees that work as researchers by NUTS 2 region. Eurostat defines the metric as follows:

“Researchers are professionals engaged in the conception or creation of new knowledge, products, processes, methods and systems and also in the management of the projects concerned. The measure shown in this table [in the map] is researchers in full time equivalents divided by the total annual average employed population.” 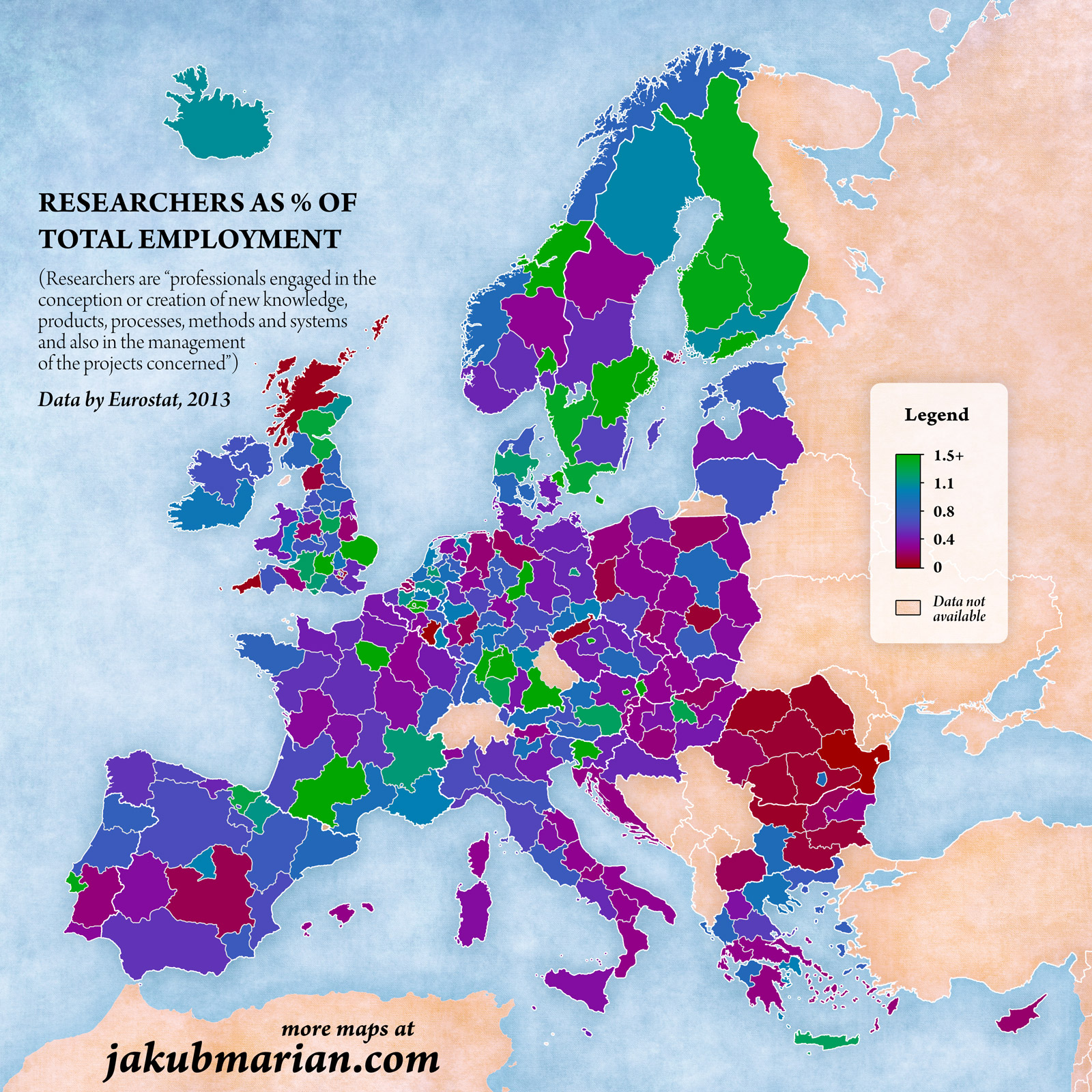 Of course, quantity does not equal quality, which is much harder to judge objectively, so higher numbers are not necessarily better—but usually they are. Keeping that in mind, take a look at the list of regions where more than 2% of people work in research:

In London, most researchers are concentrated in one small (but populous) part (which is barely visible on the map), while all other parts of London have less than 0.6% of researchers. On average, London boasts 1.0% of people employed in research.

The data for the two missing regions of Germany are not present in the Eurostat database, and the entries are marked as “confidential”, whatever that means. Perhaps everybody in Niederbayern and Oberpfalz secretly works on a death ray?