Population size (due to low birth rate and high migration rate) has been a hotly debated topic in Europe in recent years. However, most commentators seem to ignore the fact that the relevant figures have to be calculated with respect to the size of each country’s population, not in absolute terms.

Similarly to the GDP, which in itself is not a good indicator of a country’s economic success, one has to consider the per capita population figures, that is, the population divided by the number of people living in a given country. The following map shows what mainstream media have been hiding from us: 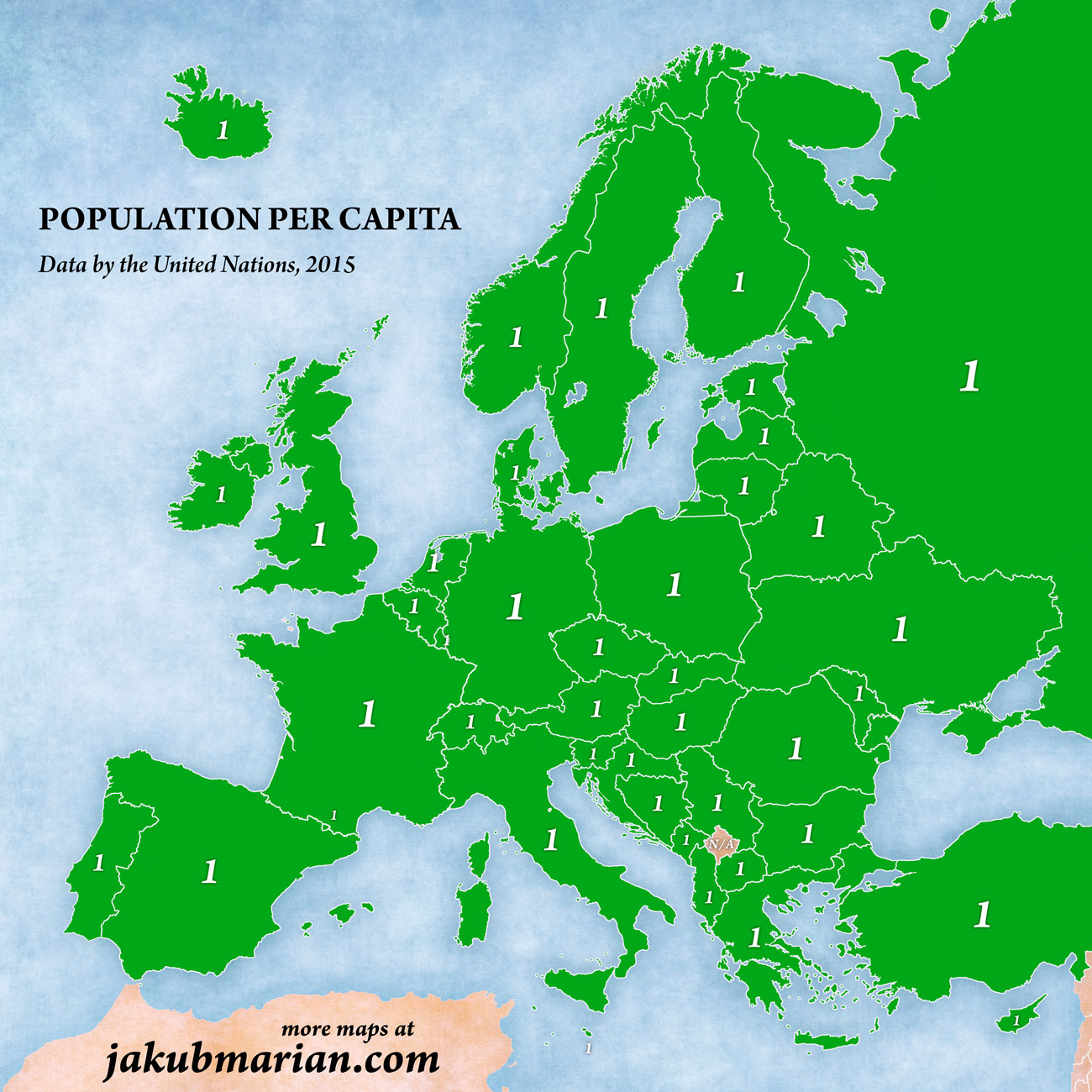 Please note: Since the data were provided by the United Nations, which does not recognize Kosovo as an independent country, the data for Kosovo are marked as N/A in the map.

Perhaps with the exception of Kosovo (for which the data are not available), birth rate and migration have had only a negligible effect on the per capita population of European countries (smaller than the rounding errors involved in the calculations).

You may be thinking now that this is only due to the fact that problems in big cities are offset by hard work of people living in rural regions, but the following map, based on data by Eurostat, proves otherwise (the data are only available for NUTS 2 regions as defined by Eurostat): 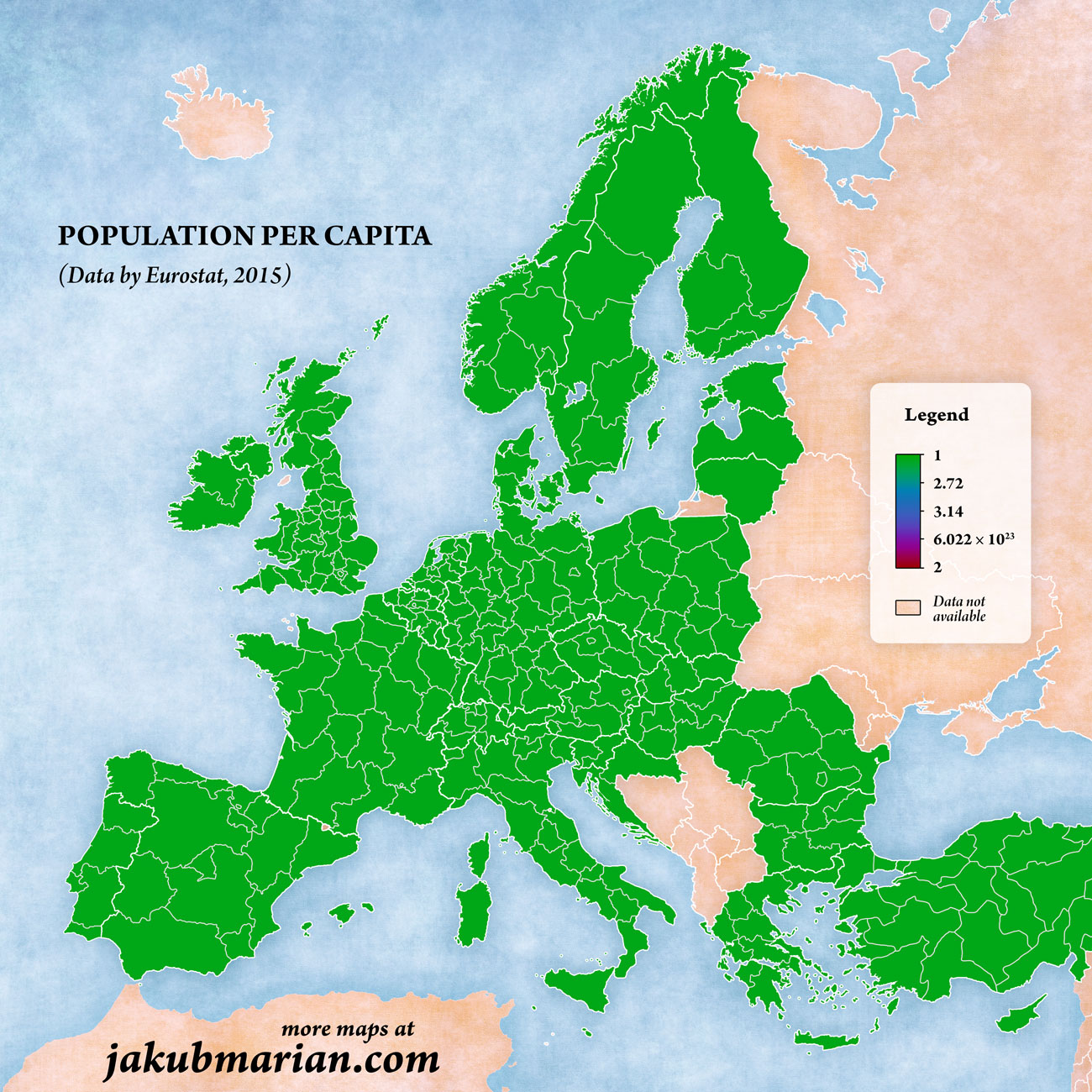 Furthermore, a quick glance at the historical data by Eurostat (from 1990–), reveals that the situation remained unchanged during the last 30 years. Hence, as you can see, there is absolutely no reason to be worried about the demographic situation in Europe. The worries, perpetuated by mainstream media, are based on incorrect methodology…