The following map shows the percentages of men who smoke tobacco products, based on estimates by the World Health Organization from 2015. Note, however, that many of these estimates are likely based on projections of data from older surveys.

The values are age-standardized, which means that they are adjusted for different age compositions and are thus better suited for comparison of differences in attitude towards smoking between countries. However, the actual number of smokers may be slightly somewhat different from the whole male population size multiplied by the percentages. 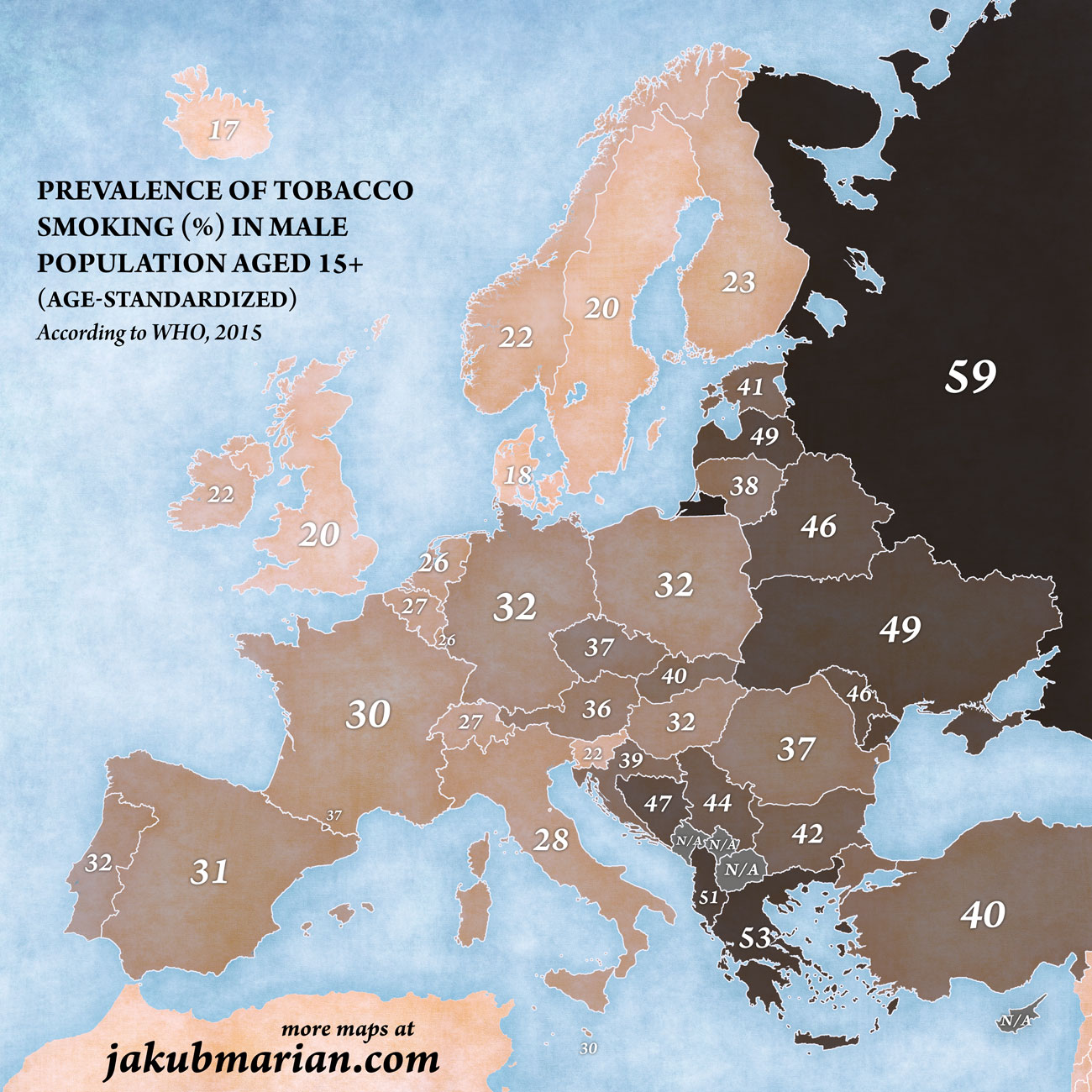 Note that the figure for Sweden does not completely correspond to tobacco use, because snuff (smokeless tobacco) is significantly more popular there than in other European countries.

Smoking prevalence among women paints an entirely different picture, as the following map shows. Note that the colouring scheme is not based on the same range of values (so the same values appear darker on the map below). There is only one European country (Sweden) where the percentage of smokers among women is higher than among men, and the difference is not statistically significant (and significantly skewed due to snuff use). 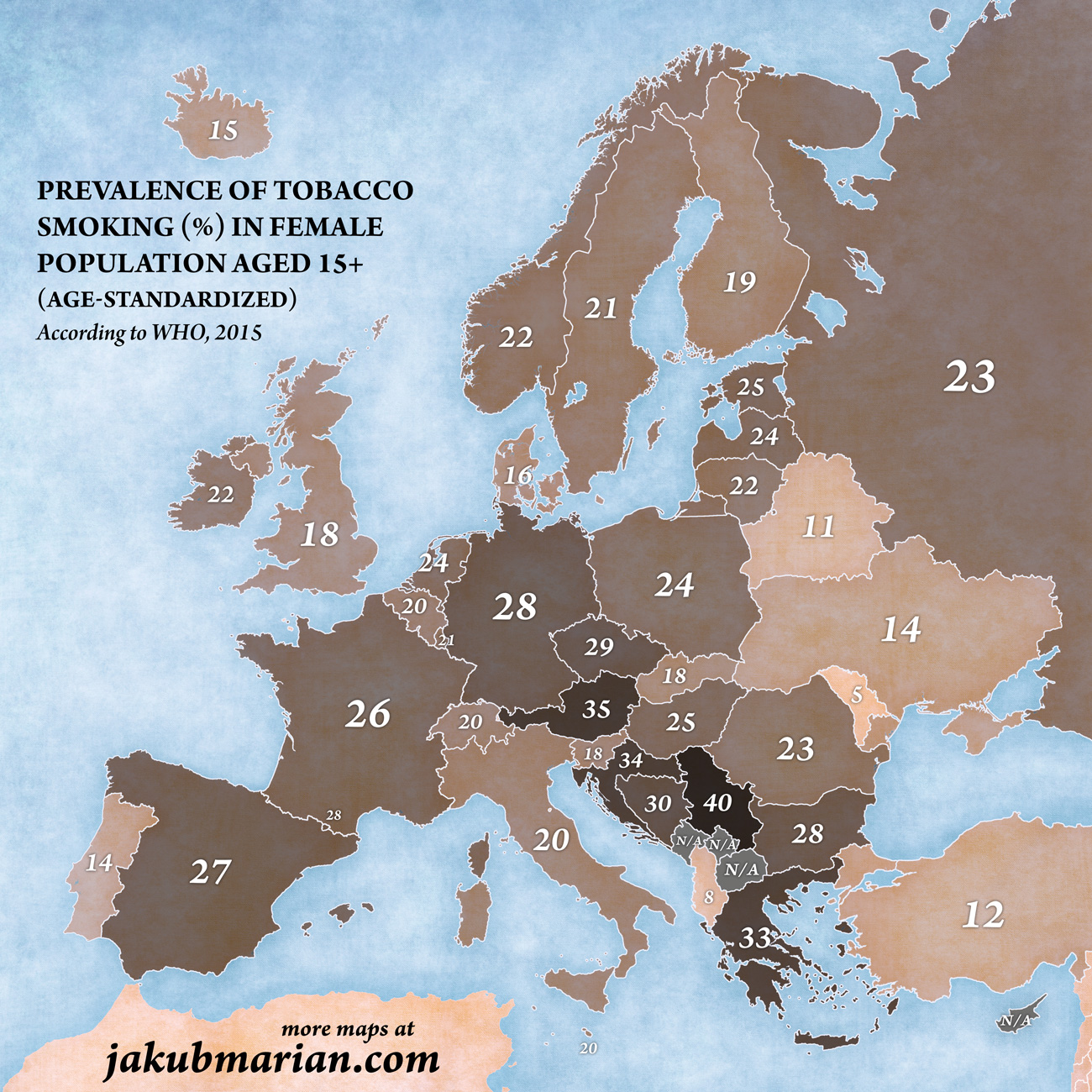 This map may be shared on another website, provided that you link back to this article.