The English word “September” comes from Latin september, which means “the seventh month”. This seems strange—we all know that September is the ninth month of the year—but the Roman calendar started in March, not January, making September the seventh month of the year. Words sharing the same etymology are shown on a red background on the map below (other etymologies are explained below the map): 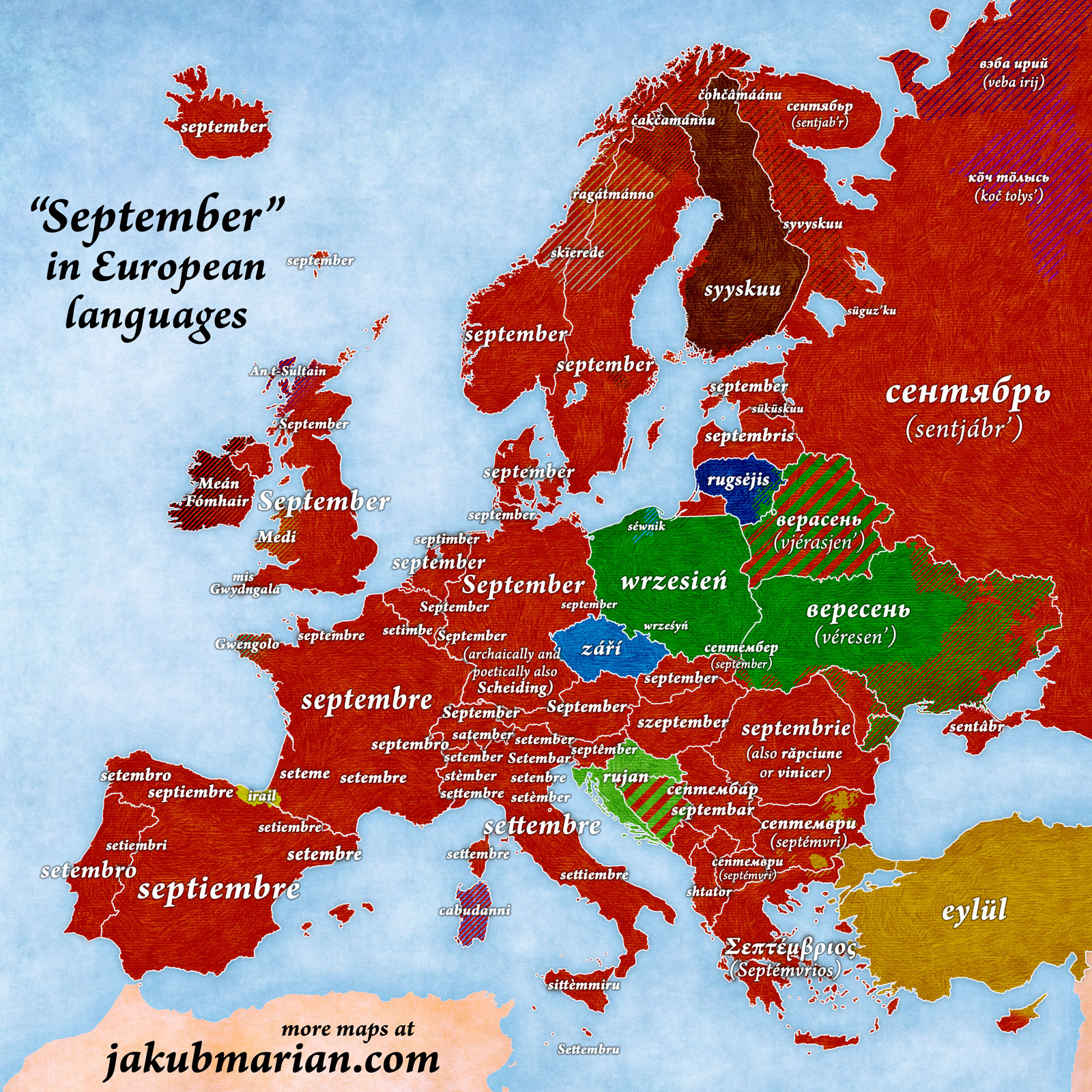 Polish wrzesień and Silesian wrześyń are derived from wrzos, “heather” (a plant flowering in September). Similarly, Ukrainian véresen’ is derived from véres and Belarusian vjérasjen’ from vjeras, both meaning “heather”. Czech září is probably derived from za říje, meaning “during the rut (rutting period of animals)”. Croatian rujan is derived either from ruj, “sumac” (a shrub with red blossoms), or according to some sources, rujanje, which is supposed to be an archaic word referring to a mating call of deer.

Turkish eylül derives from an Aramaic name meaning “month of sprinkling of seeds” (borrowed via Arabic).

Albanian shtator is an adaptation of “September” in which “septem” is replaced by shtatë (“seven” in Albanian), which, however, ultimately derives from the same Proto-Indo-European root as “seven” in other Indo-European languages.

Sardinian cabudanni comes from Latin caput anni, literally “head of the year”, which is a direct translation of the Jewish expression “rosh hashanah”, meaning “head of the year” or “start of the year” (there was historically a significant Jewish population in Sardinia, and Jewish years usually start in September).