The “Basic Latin Alphabet”, as defined by the ISO, consists of the following 26 letters and their uppercase variants (and is identical to the standard English alphabet):

However, English is the only major modern European language that uses the basic Latin alphabet, without any additional letters formed by adding diacritical marks or completely new symbols. Although the letter “é” may be used in words like “café” and “fiancée”, it is usually replaced by “e”. Similarly, the diaeresis (two dots) is sometimes used, e.g. “naïve”, but such usage is rare. Such rarely used symbols are written in parentheses in the following map.

On the other hand, some basic Latin letters (e.g. W and X) are only used in recent loanwords and not in “native” words in many European languages. Such letters are written in square brackets in the following map.

The map shows a list of special characters used for each national European language (regional and minority languages are not included because there are simply too many—they would not fit into the map).

Note that not all of the characters shown on the map are considered “letters” of the alphabet; for example, the character “á” is a distinct letter of the Czech alphabet, but it is treated just as a modified “a” in the Spanish alphabet. Conversely, not all “letters” of the respective alphabets are shown on the map; some digraphs (such as ij in Dutch or dž in Serbo-Croatian languages) are considered letters of the alphabet, but they are usually produced by typing two separate characters. 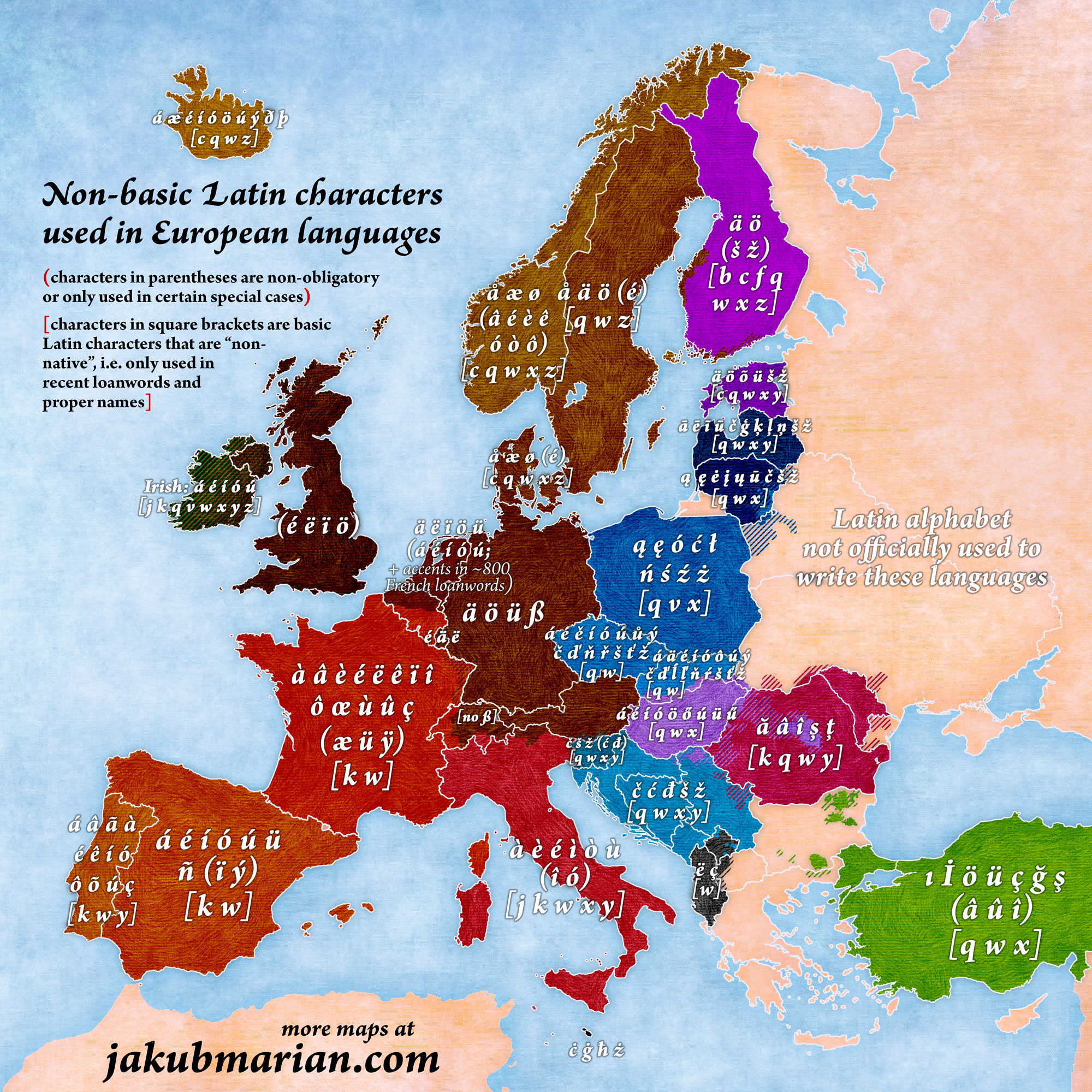