“Track gauge” is the perpendicular distance between the inner faces of the two rails of a railway. Just like with many other things, it would have been better to have a single standardized gauge everywhere, but, for historical reasons, different countries use different gauges.

There are four main track gauges used in Europe. The so-called standard gauge (1,435 mm), the 5 ft gauge (1524 mm, later redefined as 1520 mm in the countries of the Soviet Union, which is generally compatible with trains built for the 1524 gauge), the 5 foot 3 inch gauge (1600 mm) used in Ireland and Northern Ireland, and the Iberian Gauge (1,668 mm) used on the Iberian Peninsula. The map below shows how these gauges are used in Europe: 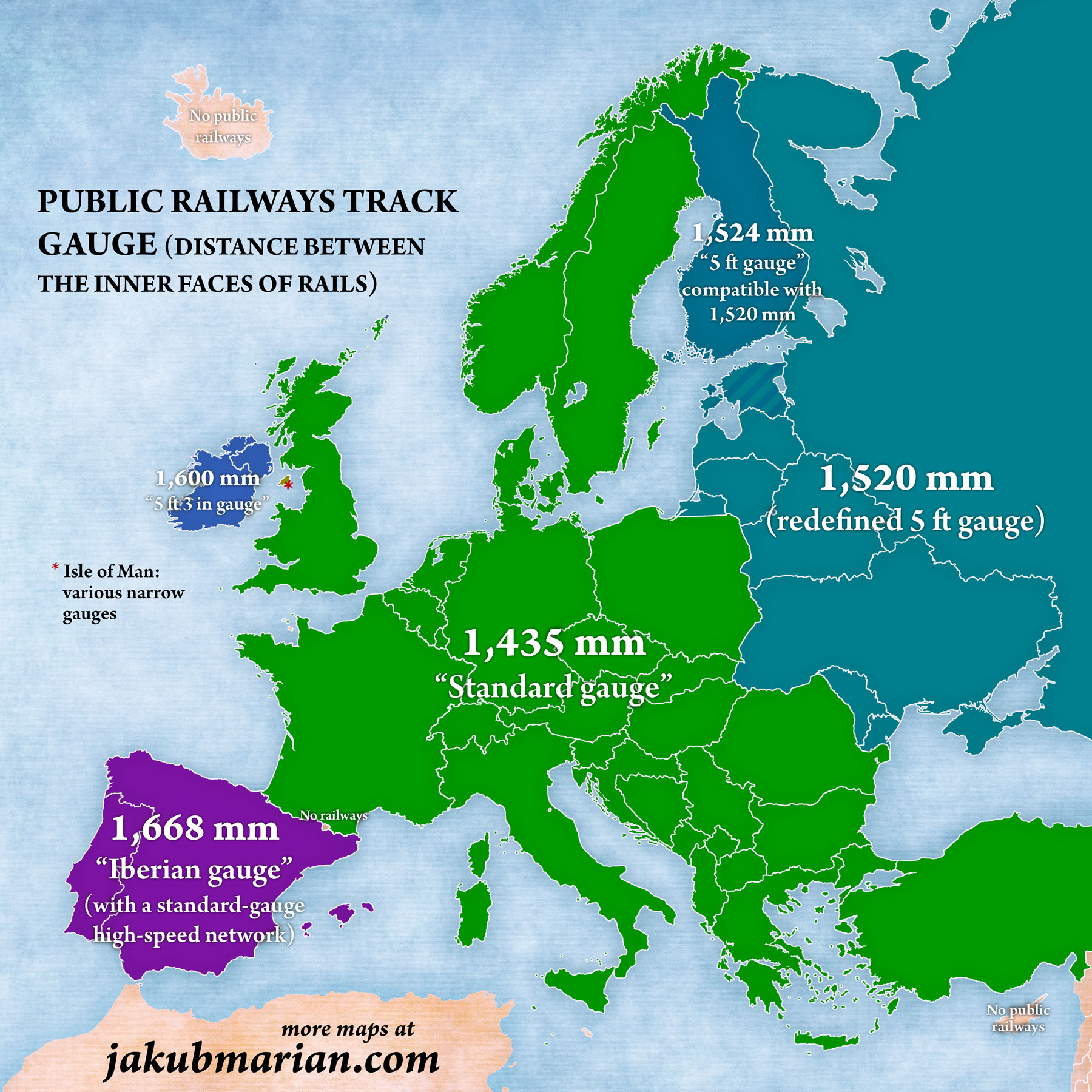 Note that Estonia switched from 1520 mm to 1524 mm after it became independent, so new tracks are built with the wider gauge, but older tracks were not rebuilt (and the difference is small enough for the systems to be compatible).

It should also be noted that there are short local tracks with gauges different from the ones shown on the map in many countries. The map only shows the prevalent gauge. This is especially the case along the borders, where there have to be overlaps to allow border crossings.

Here’s a list of the gauges and the European countries using them: