The map below shows the percentage of surface (green) covered by tree canopy (based on data by the U.S. Geological Survey from 2010) together with man-made structures (red, based on data by ESA) and major rivers (blue). Areas that are neither red nor green represent other types of land cover, such as crops, grass, shrubs, bare rocks, and (obviously) water.

Most of Canada is covered by boreal forest (consisting of conifers), while Eastern United States is covered predominantly with temperate deciduous forest. Forests in Central America are mainly tropical rain forests. 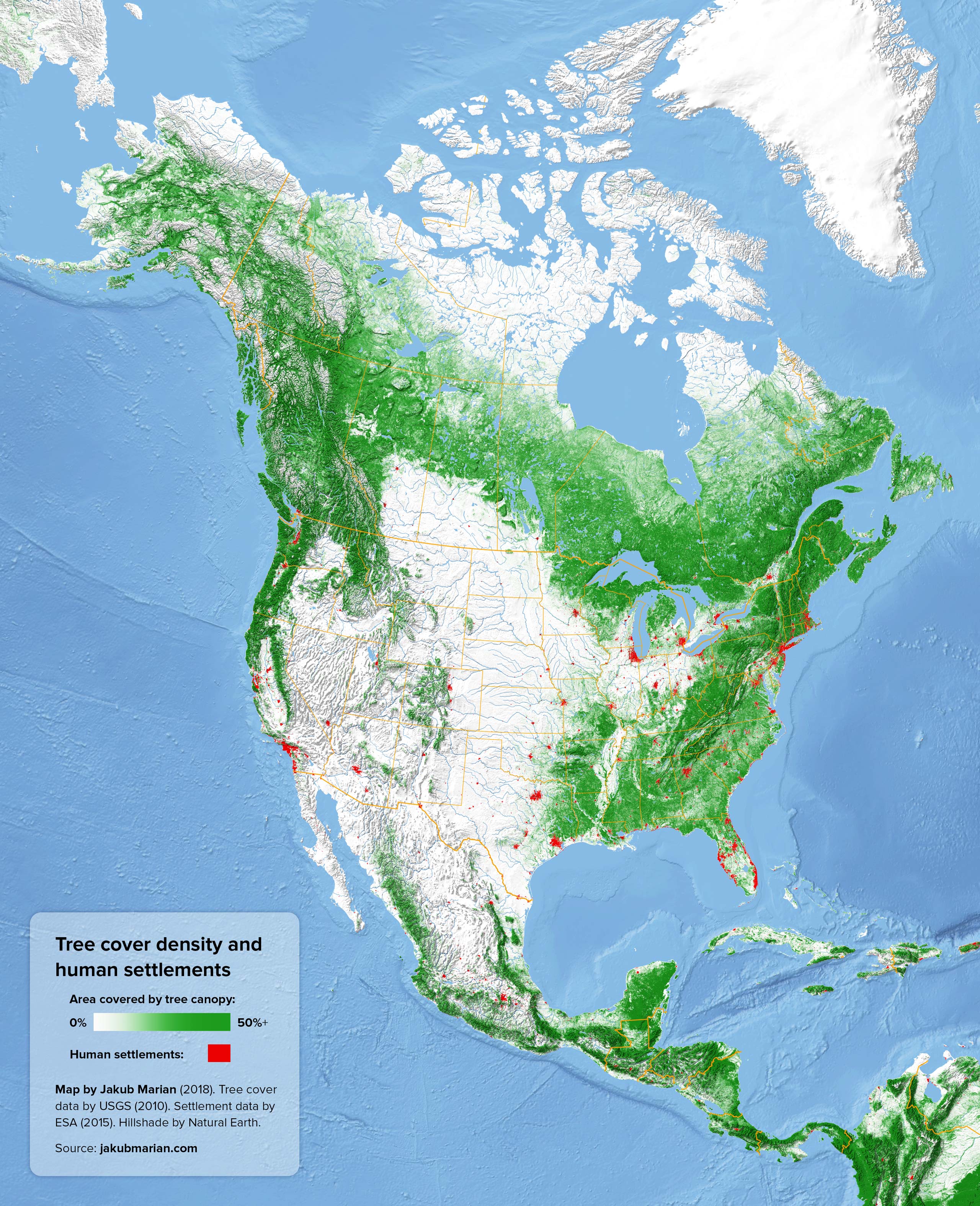 It is worth noting that the algorithm of the USGS seems to distinguish between trees and shrubs, and only sufficiently large trees are represented as “trees” in their data. The southern part of the Rocky Mountains is covered with a slightly greater amount of tree-like vegetation than the map suggests (because some of it is considered “shrubs” rather than “trees”).