The Russian and Scandinavian taiga together form the largest continuous forest on Earth, covering an area of more than 8 million km2, which is more than the Amazon rainforest (5.5 million km2).

Around 50% of the land area of Russia is covered by forests, and it has the highest forest area of any country by far (around 8.15 million km2), followed by Canada and Brazil at roughly half that amount (but a few smaller countries have higher percentages of tree cover).

The map below shows the percentage of land covered by tree canopy (based on data by the U.S. Geological Survey from 2010) together with man-made structures (represented by red colour, based on data by ESA). Areas that are neither red nor green represent other types of land cover, such as crops, grass, shrubs, bare rocks, and water. 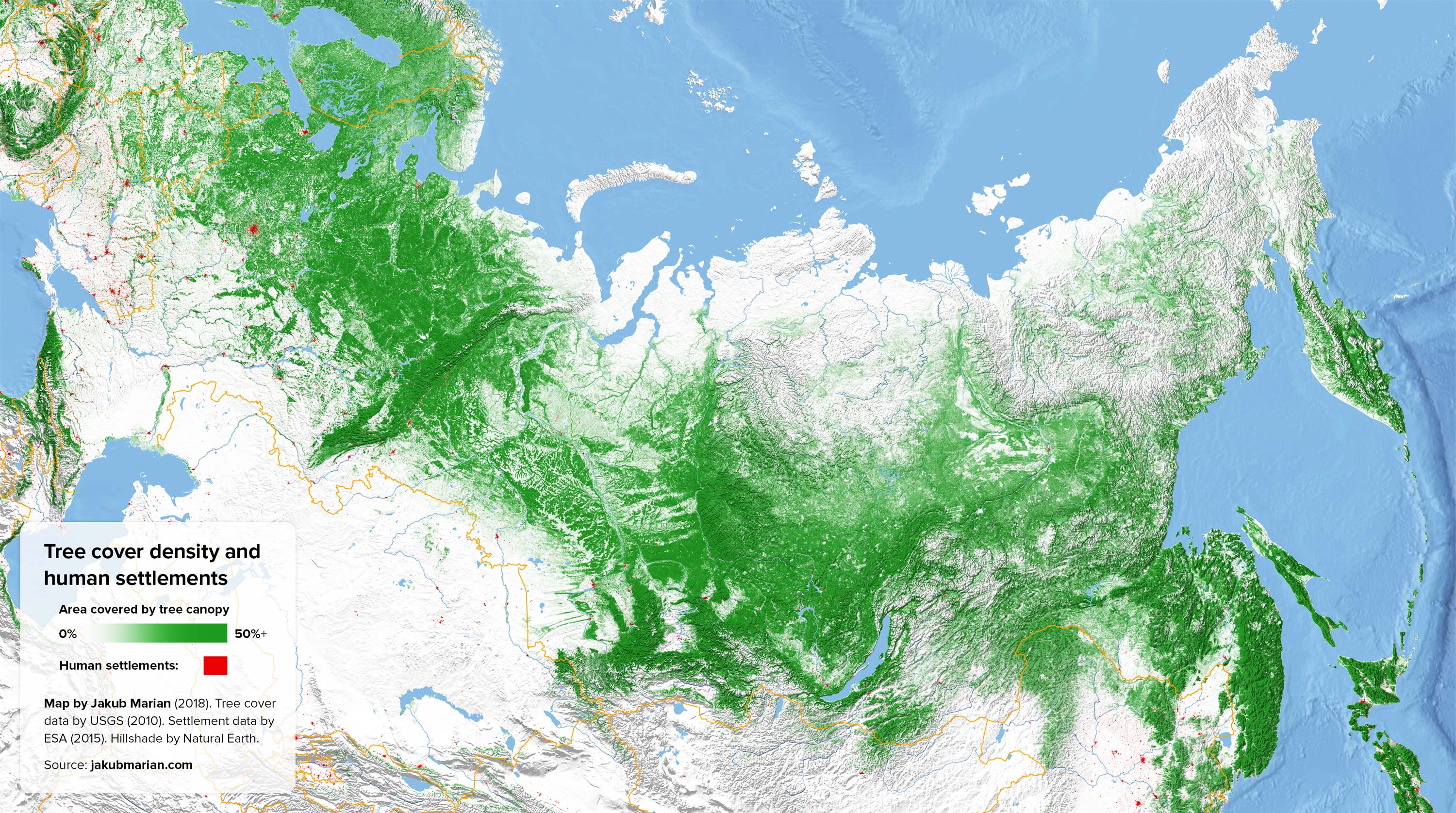