Credit Suisse recently published its annual wealth report comparing the wealth (net worth) of adults (as private individuals, i.e. not the wealth of the whole country divided by its population) in different countries.

Credit Suisse defines wealth = financial assets (e.g. bank deposits) + non-financial assets (e.g. real estate) – debt (if assets are less than debt, wealth can be negative). The map below shows estimates of the median wealth per adult by country, which is the middle value (50% own more, 50% own less): 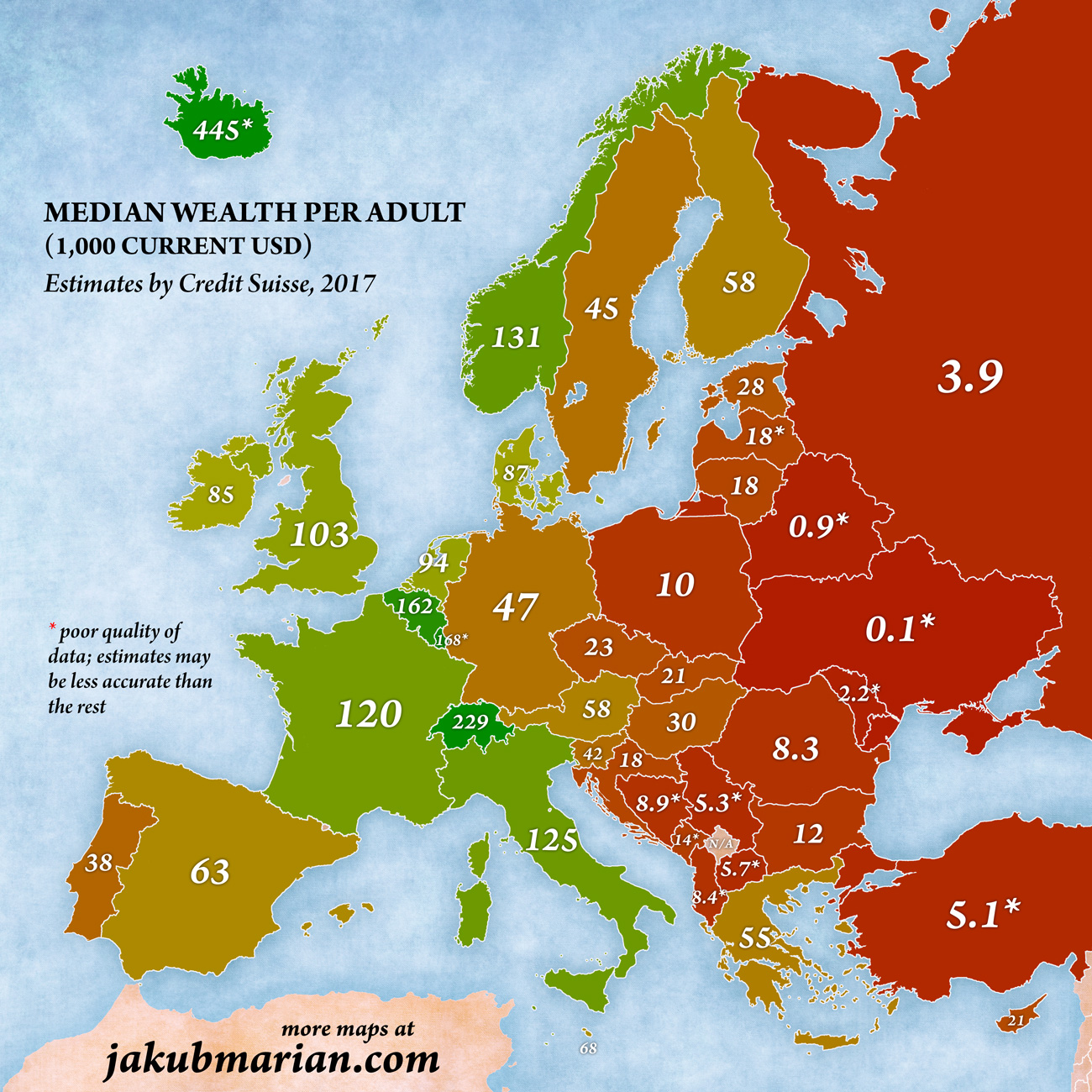 There are a few surprising results, especially the low median wealth of Germans, Austrians, and Swedes. The reason is that home ownership in these countries is lower than in other western European countries (renting is more common).