Politicians and car manufacturers praise electric cars as a solution to fight climate change, but the life cycle analysis of the whole vehicle shows that electric cars also cause pollution, sometimes even more than gas and diesel cars.

Manufacturing of batteries is a highly energy-consuming process. However, the main reason why the carbon footprint of electric vehicles can be significant is the way electricity is produced. Electricity emission factor is different according to the type of power plant (coal, natural gas, nuclear, hydroelectricity, wind power…), so greenhouse gases emissions produced by an electric car change a lot from one country to another due to the type of power plants.

The following map shows the carbon emissions caused by an electric car, in gCO2e/km (gram of CO2 equivalent) by country. This should be compared to the carbon footprint of a diesel car (170 gCO2e/km) or gasoline car (180 gCO2e/km), which are currently the most common types of vehicles. 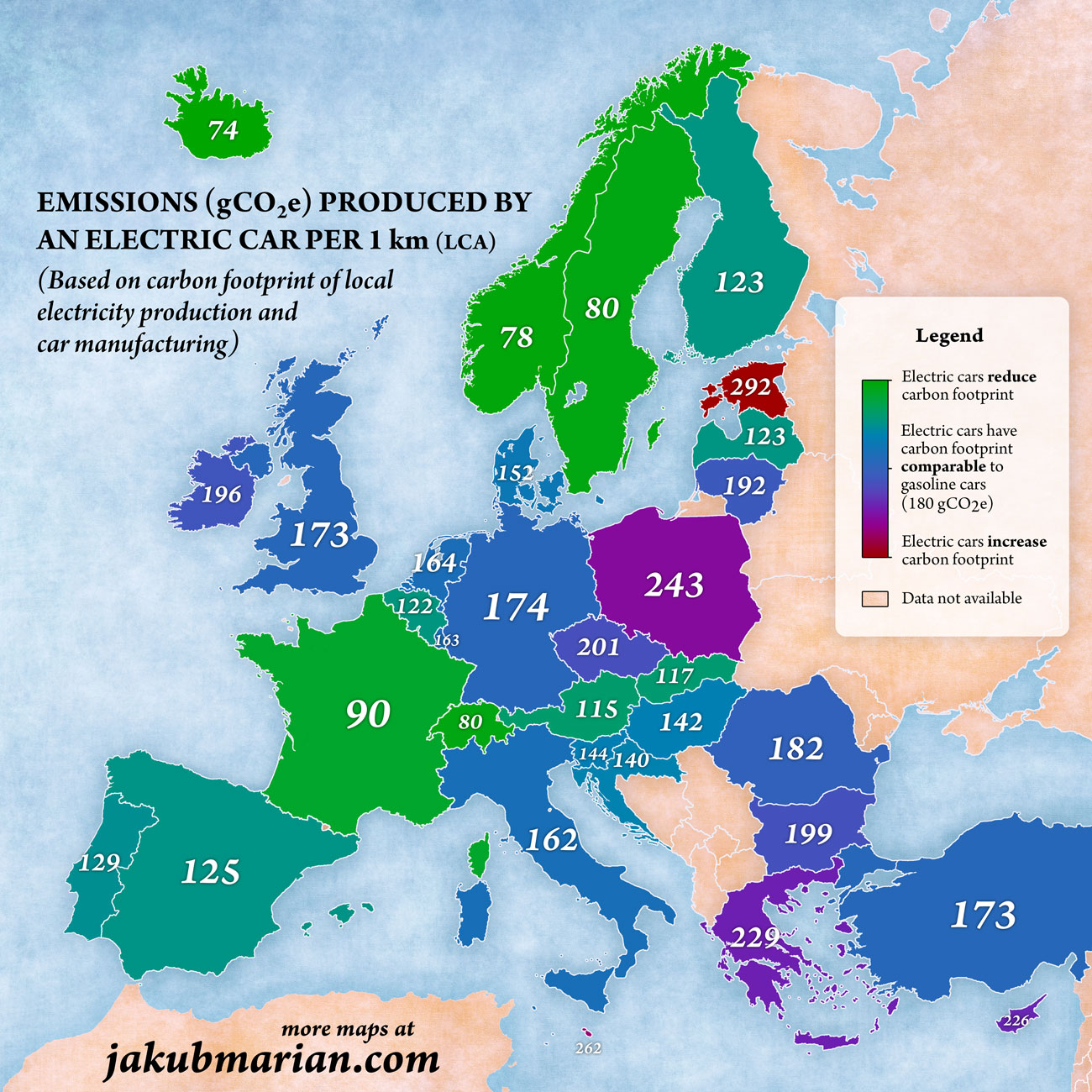 Four categories of countries can be distinguished in Europe:

More than half a million electric cars were sold in the world in 2015 with the help of nearly €4 billion of public funds (source). If the political goal is really to reduce greenhouse gases emissions in transport, public money should be spent first to support public transportation, soft mobility and renewable energy.

About the author: Damien Linhart is a consultant/journalist specialized in energy and climate change issues. He worked for Financial Time Group and managed climate risks for industries and cities. He writes a blog to denounce political and industrial hypocrisy on climate change (Climatize).