Wine is one of the most popular alcoholic beverages in Europe, with the French alone consuming about the same amount of wine as the whole population of the United States combined.

However, precise statistical data on wine consumption are hard to find. To create the following map, I used data by WHO (Statistical annexes; study published in 2014, data from 2010). The study does not contain information about the amount of wine consumed, but it does contain information about the total amount of alcohol consumed per capita and the percentage of this amount consumed in the form of wine.

To get the amount in litres, I took the total amount of alcohol consumed per capita, multiplied it by the fraction of alcohol consumed in the form of wine, and divided the result by 0.13, which is approximately the average alcohol content in wine. The number should therefore be thought of as the number of “standardized litres of wine” consumed and does not take into account possible regional preferences regarding the type of wine consumed. 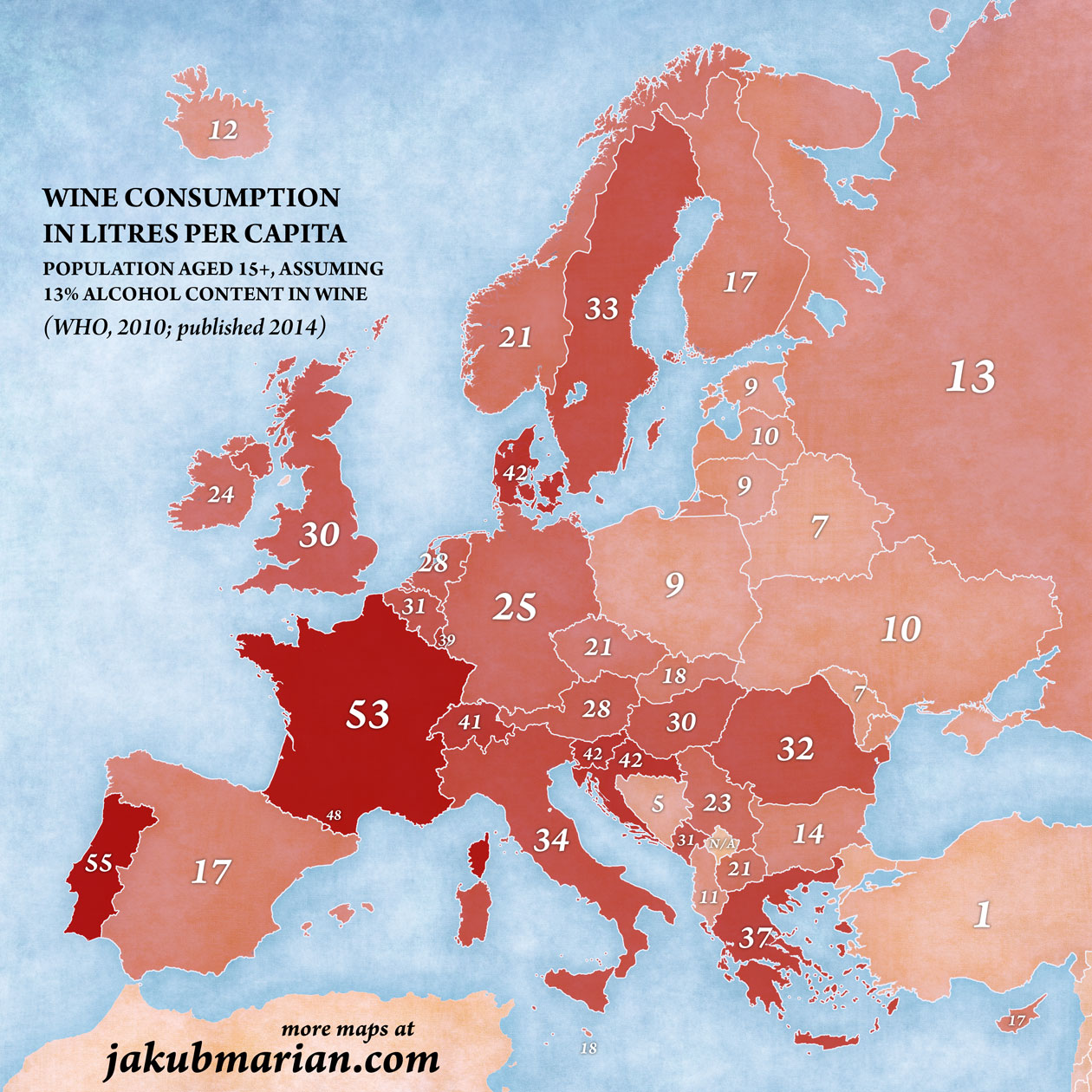 The Wine Institute provides another source of data, based on official governmental statistics on domestic sales, and the values compiled by them are shown below. Note that the values are generally lower than the values in the map above, since the map above shows values only per population aged 15+, whereas the following map shows the averages over all inhabitants.

The value they gave for Poland was 0.4, but other statistics I was able to find give about 10 times that value, so I believe the value given in the report by the Wine Institute was affected by a decimal point placement error, and I changed it to “4” in the map. There are several other large discrepancies between the two maps (most notably Denmark, Ireland, Moldova, and Montenegro), so the data should be taken with a pinch of salt.